During the first few weeks of March, Dad’s Garage started limiting the number of seats sold for events and canceling the standard second show of the evening. By March 20, the company realized it could not stay open and follow CDC guidelines for large groups. March 23 marked the debut of the digital incarnation of Dad’s Garage on Twitch (twitch.tv/dadsgarageatl), which now includes some 30 hours of live-streamed content weekly, all online for free.

“At first we thought it would be fun to broadcast recordings of shows from our archives during the Friday and Saturday primetime hours,” says communications director Matt Terrell. “It was a lot of fun to live chat with the creators of these shows, and fans got to revisit shows they loved. By June, we ran out of shows from our archive to broadcast.”

Evidently, generating original programming is no problem for the Dad’s Garage mechanics. The Twitch schedule lineup includes children’s shows, singing lessons with an opera coach, and a weekly improv soap opera titled “SCANDAL! League of Supervillains,” which features “super bad guys taking over the world one Zoom meeting at a time.”

During the shutdown, like so many cooped-up souls, Dad’s Garage staff jumped on long put-off home improvement projects. The building in Inman Park has a new roof. The parking lot is restriped. A new wheelchair ramp was installed. Interiors were repainted, exterior walls power washed, and every prop and costume found its place. When it reopens, Dad’s Garage will have top-of-the-line sanitation features including touchless sinks and toilets and an air purification system that removes viruses and other airborne pathogens.

“We will reopen when we reach Phase 5 in the mayor’s plan for reopening the city,” says Terrell. “This is all based on a set number of weeks of declining infections. We are preparing for that to happen in 2021. Even at Phase 5, we will likely have some forms of measures including social distancing in our seating area and building, mask wearing, and touchless payment. We expect that we will be open in a limited capacity (maybe capping ticket sales under 50 seats) in the early phases.” 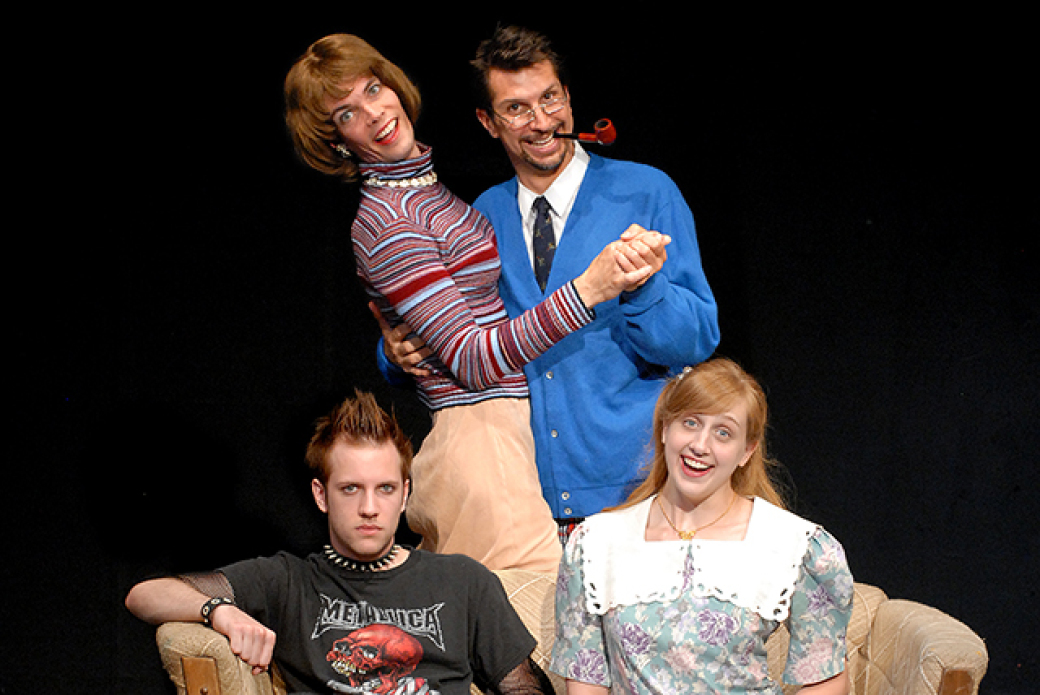 Dad’s Garage is a non-profit comedy theatre located in the heart of Atlanta's historic Old Fourth Ward neighborhood. With award-winning Atlanta improv comedy, scripted shows, and a fully-stocked bar, we're a major part of Atlanta nightlife and a great venue for date night. Come see us Thursday through Saturday, every week of the year. We do it all from improv classes, theatrical plays, corporate workshops, private shows, video production, and more! Basically, if it has to do with comedy, Dad's Garage does it.
—Read Article
Departments