The metal behemoth gears up for heavy year to come 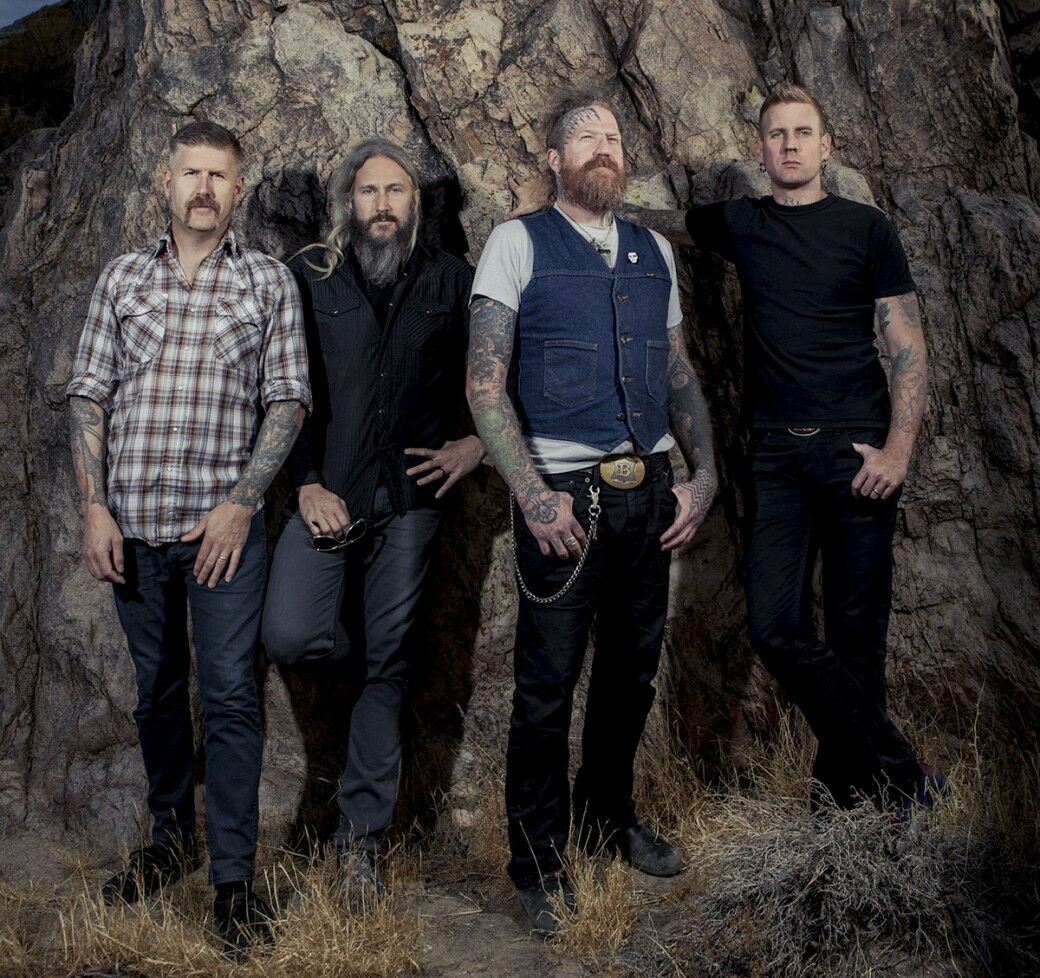 If there is one person who could help the world cut through all of the bullshit that 2020 has wrought, it’s George Carlin. Sadly, the “dean of counterculture comedians” died in 2008. He never lived to see one of the darkest chapters in modern American history play out under the control of such fumbling right-wing dunderheads as have grabbed power today. Nor did he live to reprise the role of Rufus for Bill & Ted Face the Music, the third installment of Keanu Reeves and Alex Winter’s 1989 time-traveling comedy classic film. But the message that Carlin’s sagelike wise man from the future reveled in lives on: “Be excellent to each other.”

“When we were given the opportunity to write a song for the soundtrack, we wanted it to be about George Carlin,” says drummer Brann Dailor. “He’s gone. Bill Hicks has been dead for a really long time. Andy Kaufman is gone. Hunter S. Thompson is gone. I’m sure there is someone new out there who can speak on the level that they did — you’ve got Sam Harris and other folks who are telling the truth. But it’s never as funny as George Carlin.”

Dailor goes on to relive the events surrounding “Rufus Lives,” a song on which both he and bass player Troy Sanders trade vocal duties: “We got the call, they asked for a song to play in the movie while Bill and Ted and their daughters are trying to escape from hell, and the Grim Reaper is driving a bus,” he says. “So we sent them a song we’d written for it, but it was a little too doom-and-gloom for the scene they had in mind. They sent it back; the term they used for what they wanted from us was ‘party rock ‘n’ roll,’ which isn’t really what we do. The song we’d sent was very dark. So it took a couple of tries,” he goes on to say. “After a while we all re-examined this situation. We thought, ok, ‘party rock ‘n’ roll.’ We asked ourselves, ‘What if you’re hanging out at a party in the woods somewhere, what song would you want to hear? That’s when we came up with ‘Rufus Lives.’”

The song appears on the film’s soundtrack alongside numbers by Weezer, Big Black Delta, Fidlar, and others. “Rufus Lives” was also released just over a month after Mastodon rolled out another new single, “Fallen Torches,” which had been cut in the studio at the band-owned Ember City rehearsal studios in Capitol View near the West End. After building out 20 rehearsal spaces, the group oversaw construction on a recording studio in Ember City’s basement that’s now dubbed West End Sound.

The plan was to become self-sufficient by building a room on the premises where the group could record everything it needed to create a Mastodon record. “You can be working with the greatest engineer in the world on a record and they’re always going to say they can record anything — vocals, guitars — no matter where they are, but they cannot do drums,” Dailor says. “You want a room in which the drums sound good, so we built out a room where drums could be recorded, and we needed to try it out on an actual recording.”

Dailor and guitarist Bill Kelliher got together to work on some riffs they had in their heads. Scott Kelly from the band Neurosis was in town preparing to head out for a European tour, so they tested out the new room. After a few sessions in West End Sound, they hammered out what would eventually become “Fallen Torches.”

The song was initially planned to be released as a stand-alone single to support the European tour, but it was delayed so they could finish Stairway to Nick John, an EP dedicated to the group’s late manager. “Fallen Torches” fell to the wayside until now.

On September 11, the song appeared as the opening number for a new release, titled Medium Rarities. The album offers 16 songs — live versions of songs such as “Capillarian Crest,” “Circle of Cysquatch,” and “Blood & Thunder.” There are also instrumental takes from older numbers including “Asleep in the Deep” and “Jaguar God.”

There are also cuts from a 2012 split 7-inch with Canadian singer-songwriter Feist, along with various other odds and ends including “White Walker” from the Game of Thrones soundtrack. The pink vinyl release of Medium Rarities hits record stores October 16. In the meantime, a stunning and quite hallucinatory video for “Fallen Torches,” directed by Hey Beautiful Jerk and Machina-Infinitum, is out now.

While Medium Rarities makes its way into the world, the group has been hard at work on songs for the next Mastodon full-length album, which is set to arrive in 2021. It will be Mastodon’s ninth album, and the group’s first proper full-length album since “Sultan’s Curse” from 2017’s Emperor Of Sand took home a Grammy for Best Metal Performance.

As of press time there are no concrete details about the album to report, other than it is said to be veering into extremely dark subject matter, with a light at the end of the tunnel.

In other Mastodon-related news, in September, guitarist and singer Brent Hinds released a new single, titled “New Wave Kid,” with the Southern-tinged country/pup rock outfit West End Motel. The group plans to release a new song every month for the rest of the year, before dropping a new album early in the coming year.

Also in September, guitarist Troy Sanders, working with the group Gone Is Gone, released a new single, titled “Sometimes I Feel.” Gone Is Gone is a supergroup of sorts, featuring members of Mastodon, of course, Queens of the Stone Age, and At the Drive-In.

Sanders also recently completed work on a new LP by the sludge-metal/hardcore outfit Killer Be Killed, titled Reluctant Hero. The group’s sophomore LP is the follow-up to 2014’s self-titled debut, and is due out November 20 via Nuclear Blast. —CL—