Pride from a younger individual's perspective 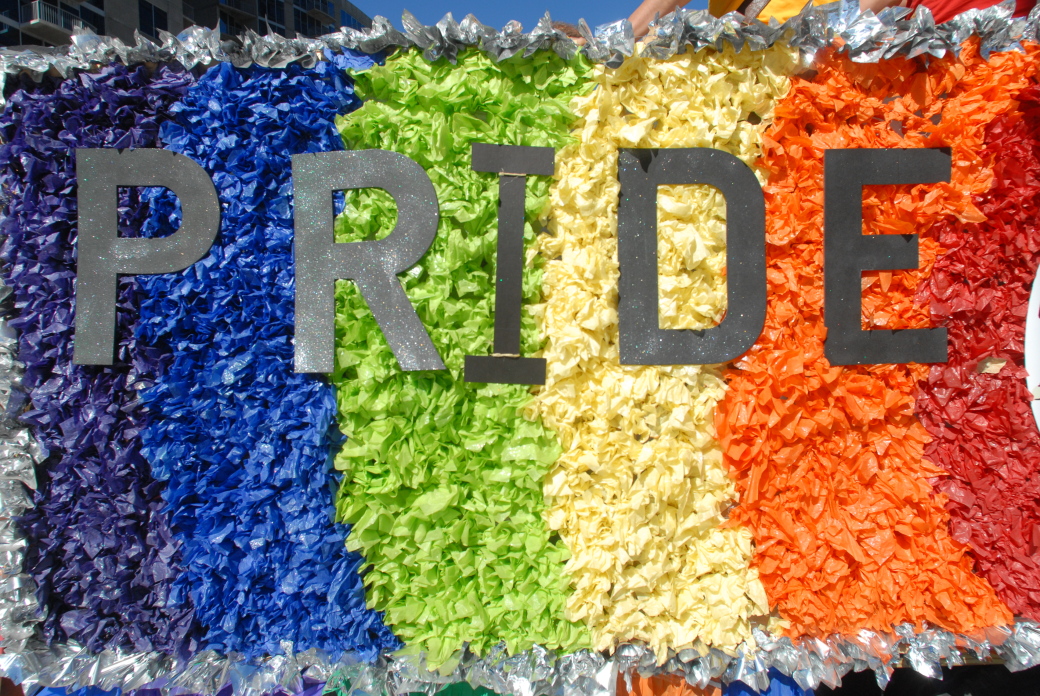 Knowing that my own experience and attitudes toward gay culture and Pride might be regarded as antediluvian because of my boomer status — see "A Boomer's long, personal journey from shame" — I sent writer and musician Tyler Scruggs, 25, some random questions. This is not a conversation, per se, since there was no follow-up to his replies. The text is heavily edited. I was quite surprised how many of his observations parallel the thinking of the Gay Liberation Front of 50 years ago. Does a preoccupation with becoming normal (assimilated) precede comfort with being different (queer)? — Cliff Bostock

Cliff Bostock: The antonym of “pride” is “shame.” That shift was monumental for people of my generation. Is that a consideration among members of your own?

Tyler Scruggs: As the audiences of our public life grow, so too does the size and frequency of chances of feeling shame. Today we’ll  cringe at ourselves and others from the past at an astronomical rate to the point that “fails” and human blunder are bonafide, monetized content — but this growth is double-edged. On the one hand, when you’re someone with not a lot of eyes on you, you’re freer to express yourself in a way people who carry public expectation cannot. On the other, silence is often misinterpreted as rejection. This is why internal pride must come before any external validation can be truly felt. Pride comes from understanding achievement; it necessitates context whereas shame and cringe thrive on distancing from personal involvement. We have access to a lot of context, and the closer we feel to shamed behavior, hopefully, the more we want to change for the better.

What does the term “queer” mean to you? This term still offends a lot of gay people.

I’m compassionate towards anyone who’s triggered by the slur or grew up with a more degrading conception of ‘queer,’ probably because it was foisted upon them and not a self-identification. However, in modern discourse, it’s ultimately an expansion on its more traditional definition of simply meaning other or counter-cultural. Nearly divorced from sexual preference, queerness reflects a challenge to societal norms and expectations. So, it’s not so much about our behavior in the bedroom; ultimately, it’s about how we assert our ‘otherness’ — socially or politically — and our self-awareness through aesthetic and rhetorical presentation.

In what ways do you think today's young gay people differ from those generations before them?

In what I’m witnessing, there’s a massive influx of “queerness” in youth whether they themselves notice or not. I’m 25, but 20-year-olds seem way more queer than me; even some of the straight ones. Part of that is environmental conditioning. I’m as queer as my perceived environments will allow me to most comfortably exist. (Think about race and class in the same context.) Young people are truly growing up in far more flexible environments … Sometimes I wonder whether wealthy but unhappy boomer gays are truly frustrated at the bastardization of their gay heritage, or are simply bitter that younger generations have been afforded far greater space to explore their sexuality and gender than they could’ve dreamed. Again, not without compassion, but it’s similar to those who reject student debt forgiveness because they’ve paid their loans, “If I had to suffer, you should suffer too, even if you don’t particularly have to anymore.”

Will gay/queer culture continue to exist if gay people are completely assimilated? Is there anything about being queer that distinguishes us besides the direction our dicks point? Is our culture dependent on our marginalization?

Gay and queer culture still exist; but they’re not as coexistent as we may think. The gay archetypes in media, and the codes used to communicate homosexual interest still exist and will continue to exist in some degree. However, because there is still suffering, assimilation shouldn’t be the goal; not anymore. Especially living under late capitalism, what today’s mainstream gay culture does is visibility, sure, but it more so spotlights an unrealistic idealism — deceptively rooted in class — and neoliberalism. It creates a new mold; a new rigidity to break out from.

It’s okay if you don’t feel represented by the likes of RuPaul Charles and Ryan Murphy. A rejection of media ‘stereotypical gay’ archetypes is perfectly acceptable if football’s more your jam. That doesn’t absolve you from the political and ethical responsibilities of combating femme persecution. Cis gay white men are among the last to recognize their intersectionality with feminism and racial justice. They’re also the first able to flip a switch and present heteronormative for survival. It’s a more conscious decision than simple internalized homophobia.

What is your response when you hear someone say that Black Pride is obviously pointless because, after all, there is no White Pride?

We do have white pride, and it resides in a White House built with Black hands. It’s time to take responsibility for it. White pride is globally in the best position it could possibly be in apart from its fascist ideations. So, no, Black Pride is not pointless, or a problem. It exists as a necessary critique of Pride.

Can you relate the BLM movement to gay people?

Well first I would try my best not to. Oppression is oppression, but unless you’re LGBTQ and also a racially marginalized group you’ve probably got some homework to do. Sorry to burst that bubble. Today we’re talking about Americans disadvantaged by design by the country that kidnapped and enslaved them. It’s a generous byproduct of Black Lives Matter that it would necessitate Black Gay and Black Trans Lives Matter too, and maybe that extends into White sexual minorities, but the job is allyship right now. Marriage equality is not the same thing as voter suppression or segregation, and I hope it goes without saying why.

What do young gay people think about the AIDS epidemic?

This young person thinks it’s still going on. So long as accessibility to lifesaving and preventative medication is not available to all, the epidemic isn’t over. Social stigma is one thing, but serophobia (discrimination against people with HIV/AIDS) is much easier to deal with when the material needs of those dealing with HIV, specifically affordable medication, are met.

I’ve been told that older gay men are going out to bars not wearing masks, while younger ones do. I question this, but if it’s true, how might it be explained?

Most of it is just American exceptional bravado, mixed with Facebook misinformation, and the politicization of mask wearing. I’ve seen it, older gay men refusing to wear a mask. They’re usually also the older gay men more likely to put their hands places without permission, more likely to say Trump’s helping them or the economy. It’s a pattern, and it’s not hard to snuff out.

In what ways do you think inhabiting cyberspace has made younger and older gay men different?

Accessibly to information and community has been vital. We’re not dependent on older people, physical media, or gay clubs to grow in or understand our queerness. Gay spaces have always attracted diverse characters, it’s their refuge, but we must work to make mainstream gay spaces inclusive, because the alternative is fractured parallel communities.

I think it’s got its work cut out for it. I hope it knows what makes Atlanta Atlanta. I hope it knows that there’s an infinite amount of things to click on, and it will have to work way harder to captivate attention in digital spaces. Without a clear goal and awareness of the moment, I think it’s going to feel disappointing.

Tyler Scruggs 25, is a musician and writer who authors an email newsletter, Ctrl/Alt/Del. He describes it as an examination of “pop culture, media, and tech through its intersections with identity, faith, and politics.” Visit tylerscruggs.com to subscribe.