Clay Harper shakes off the dust with ‘Dirt Yard Street’ 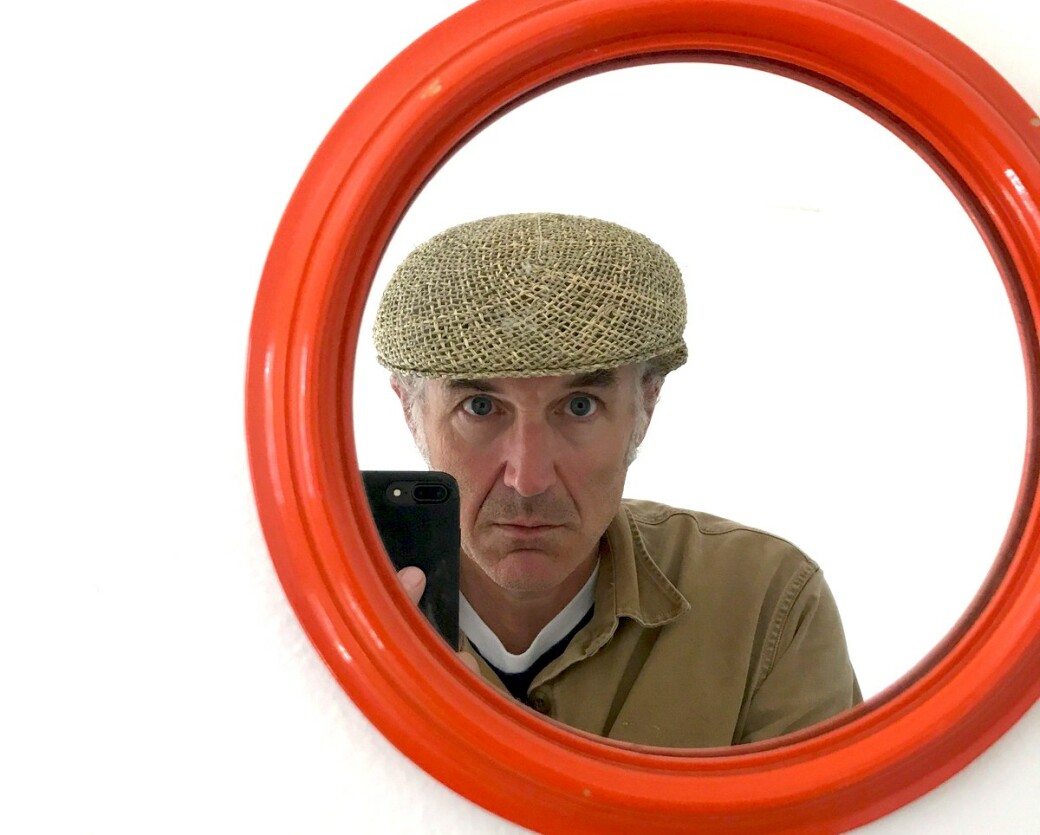 Walking along East Ponce de Leon one morning, I came across the store-front of a Chinese wholesaler. In the window was a stack of rice paddy hats for sale, along with slippers, boxes of chopsticks, and fortune cookies — “A journey of a thousand miles begins with a single step” — such profundity!

The rice paddy hats reminded me of The Coolies, Clay Harper’s band in the late ’70s/early ’80s, back when he was young, back when we all were young, and the world was such a different place. The Coolies used to wear the bamboo hats onstage, along with drab, Mandarin-collar shirts, as they performed raucous and seemingly irreverent versions of Simon and Garfunkel songs.

I couldn’t help but wonder how The Coolies would go over today — there’s a lot of troubled water under that bridge — the youthful exuberance, the devil-may-care, cavalier attitude with no idea what was to come. Those covers and the subsequent rock opera “Doug” are a far cry from where Harper has ended up on his latest release, Dirt Yard Street.

He’s grown up. We’ve all grown up, those of us lucky enough to make it this far, that is. Where once Harper’s lyrics tended towards satire and the comical — with no introspection — his songwriting has changed. As, too,  has his life — and the lives of everyone who ordered a slice from him at Fellini’s Pizza at that first hole in the wall he and Mike Nelson opened in Buckhead when they were entering their 20s.

It’s hard to believe it’s been 40 years, from Fellini’s offering self-serve on bottles of beer and relying on the honor system when it came to customers paying their tabs to The Coolies headlining 688 and Club Rio to Harper traveling the world over searching for the best pizza, incorporating what he’s learned into the recipe for the pizza that has become a staple of Atlantans looking for a fresh pie.

Harper’s music hasn’t enjoyed the same success, but his true believers look forward to each new release with “an-tici…pa-tion” no matter how long the wait. Dirt Yard Street comes relatively quickly on the heels of 2018’s Bleak Beauty — considering there was a five-year gap between that album and 2013’s Old Airport Road.

Bleak Beauty was Harper’s first record after many life changes, in-cluding the death of his wife and his return to Atlanta following their sojourn in San Francisco. Dirt Yard Street proves to be as bleak and as beautiful as its predecessor, taking the themes so much a part of that record — love, loss, growing older — and building on them. The difference with Dirt Yard Street is that it offers the hope that was missing from the desolation of Bleak Beauty. With the new album Harper has come to terms with those slings and arrows of misfortune aimed at him, and, in doing so, provides an understanding of where he’s been and how to get back to where he wants to be. There’s certainly a lot of soul-searching, yet, at the same time, Harper is searching for home, for a place where he can find a peaceful existence in this mad, crazy world that growing older — and 2020 — has delivered.

Harper does a good job of coming to terms with the past and looking forward to the future. There’s that hope — and less the sense of doubt and consternation that pervaded Bleak Beauty — plus a sincerity in the lyrics that provide a glimpse of the real Harper at last, while offering the listener a mirror to reflect what they, too, have experienced through the years.

Musically, the arrangements on Dirt Yard Street are just as sparse and understated as Bleak Beauty, if not more so. It’s been said you can’t play a sad song on a banjo. That’s disproved on “Somewhere There’s a Fire Waiting,” with Rick Taylor offering what’s best described as mournful finger-picking. Tom Gray’s dulcimer evokes a melancholy situation that belies the uplifting declaration of “Dirt Yard Street.” Chris Case provides understated yet poignant piano on much of the eight-song album, just as Ana Balka offers sad but triumphant violin to the material, both musicians weaving their instruments in and out of Harper’s vocals, offering a sense that the best is yet to come, once one finally figures out who they are and where they need to be. —CL—