Looking for laughs in Christmas movies 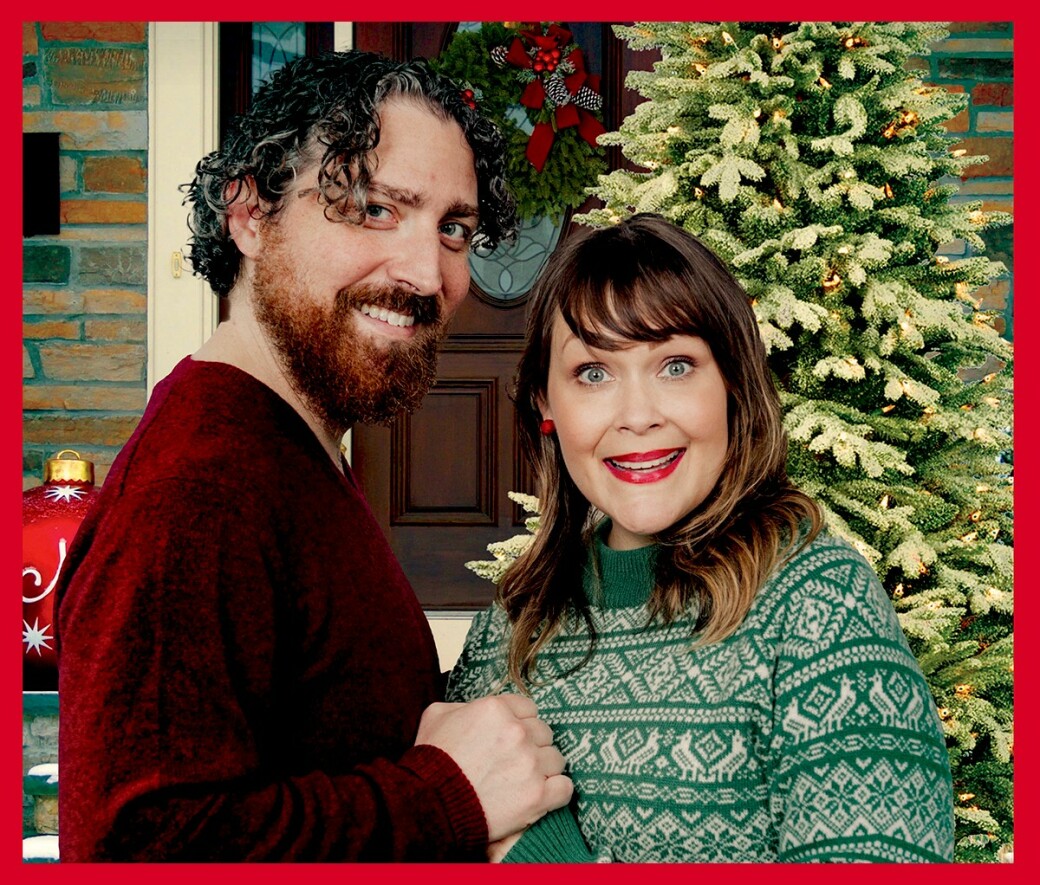 Almost immediately after Halloween my social media feeds become inundated with postings about Christmas movies, particularly the Hallmark Channel’s holiday slate. Plenty of my friends and family are fans of Hallmark Christmas movies and their formulaic wholesomeness, but the appeal is lost on me.

This year Hallmark is rolling out 40 new movies in its annual “Countdown to Christmas,” which seems like an insanely high number for such bland, interchangeable productions. But if viewers ever needed familiar, comforting fare, it’s in 2020. With the coronavirus still uncontrolled, holiday gatherings and group events should be downsized or discouraged altogether. For certain people stuck in their homes, Hallmark movies can be as welcome as CARE packages.

Whether you love them unironically or passionately hate-watch them, you can appreciate Dad’s Garage Theatre’s annual tradition, Improvised Made-for-TV Christmas Movie (dadsgarage.com), in which the Old Fourth Ward theater cast and crew collaborate with Atlanta playwright Topher Payne, screenwriter of such Hallmark originals as Broadcasting Christmas and A Gift to Remember.

This year, veteran improvisers and real-life married couple Amber Nash and Kevin Gillese will play mismatched singles destined to fall in love during the holidays. Instead of an in-person performance, Jon Carr will direct a virtual version, held via livestream at 8 p.m. Fridays and Saturdays through December 19. The improv element comes from pre-show audience questionnaires incorporated into the show. Expect the kind of pointed parody that comes from people who genuinely appreciate Hallmark’s output.

It’s certainly a better option than Netflix’s Atlanta-shot Holidate, a rom-com that’s significantly raunchier than Hallmark fare, but no less predictable. Christmas bookends a year-long will-they-or-won’t-they romance between Sloane (Emma Roberts) and Jackson (Luke Bracey). The hot singles make a deal to be each other’s “holidate,” i.e., platonic plus-ones for holiday parties that can alleviate the pressure from each other’s match-making family members. They meet-cute while trying to exchange unwanted Christmas presents (Gwinnett Place Mall provides a major location) and while they initially bicker, they’re clearly into each other by New Year’s Eve.

Roberts and Bracey (one of those Australian actors fated to be forever taken for a Hemsworth brother) have nice chemistry, but that just makes the outcome a foregone conclusion: Over the film’s run time they hang out at every major U.S. holiday, but we know things can’t make any progress until Christmas comes around again. Aggressively sarcastic delivery doesn’t make the weak jokes any funnier, but the film at least makes the effort to include some big comedic set pieces, such as a firecracker mishap that leads to the emergency room.

But it’s the kind of romantic comedy that has a character explicitly complain about rom-com clichés early on, as if to excuse itself from presenting the exact same clichés by the end. Holidate wants to have its holiday fruitcake and eat it too.

The 2020 pandemic has had a devastating impact on the film industry, with few silver linings. A rare bright spot is that the postponement of so many major Hollywood films to 2021 has drawn attention to local independent films that might not otherwise enjoy the limelight. The low-budget rural thriller Becky, co-written by Atlanta’s Lane and Ruckus Skye, was a summer hit at drive-ins and is now available at your local Redbox.

David Raboy’s The Giant initially seems like it might play in a similar vein as Becky or Matthew Pope’s Blood on Her Name. A feature-length adaptation of a short film, The Giant’s story takes an oblique look at mystery and murder in a small Southern town. After graduating high school, teenage Charlotte (Odessa Young) spends the summer haunted by her mother’s suicide and the return of her enigmatic boyfriend, which coincides with brutal killings.

The Giant goes all-in on mood, and to his credit, Raboy has a very specific sense of the vibe of Southern teens hanging out on summer nights, cicadas whirring in the distance as they drink and smoke on still roadsides. But the film gradually chokes on its own atmosphere, with whispered dialogue so cryptic and scenes so dark and shadowy, it’s nearly impossible to follow. Young gives an effectively internalized performance, but The Giant leaves you feeling small and short-changed.

Netflix Giveth and Netflix Taketh Away:

In late fall, Netflix announced that the streaming service would not be renewing many promising shows, including “Teenage Bounty Hunters,” despite how the series seemed to have a well-received first season. The locally-filmed action comedy had a lot of promise, and you can follow the grassroots campaign to save the show at @renew_TBH.

The streaming service found a big hit in a different Atlanta-shot teen-oriented action-comedy with its acquisition of “Cobra Kai,” which debuted as a YouTube original but found a huge audience on Netflix. “Cobra Kai” offers a model for how to revive a well-known IP by subverting the premise of The Karate Kid. The show flips the script, as Ralph Macchio’s Danny LaRusso, the unlikely champ of the All-Valley Karate Tournament, has grown up to be a successful but fatuous car salesman, while William Zabka’s former bully, Johnny Lawrence, becomes a hilariously scuzzy underdog.

The second season, while similarly watchable, suggests the satirical elements are unsustainable as it becomes a more sincere and self-important retread of the film series. But Netflix has announced that “Cobra Kai’s” third season will debut January 8, and a fourth will be on the way, which should reveal the limits of 1980s nostalgia.—CL—