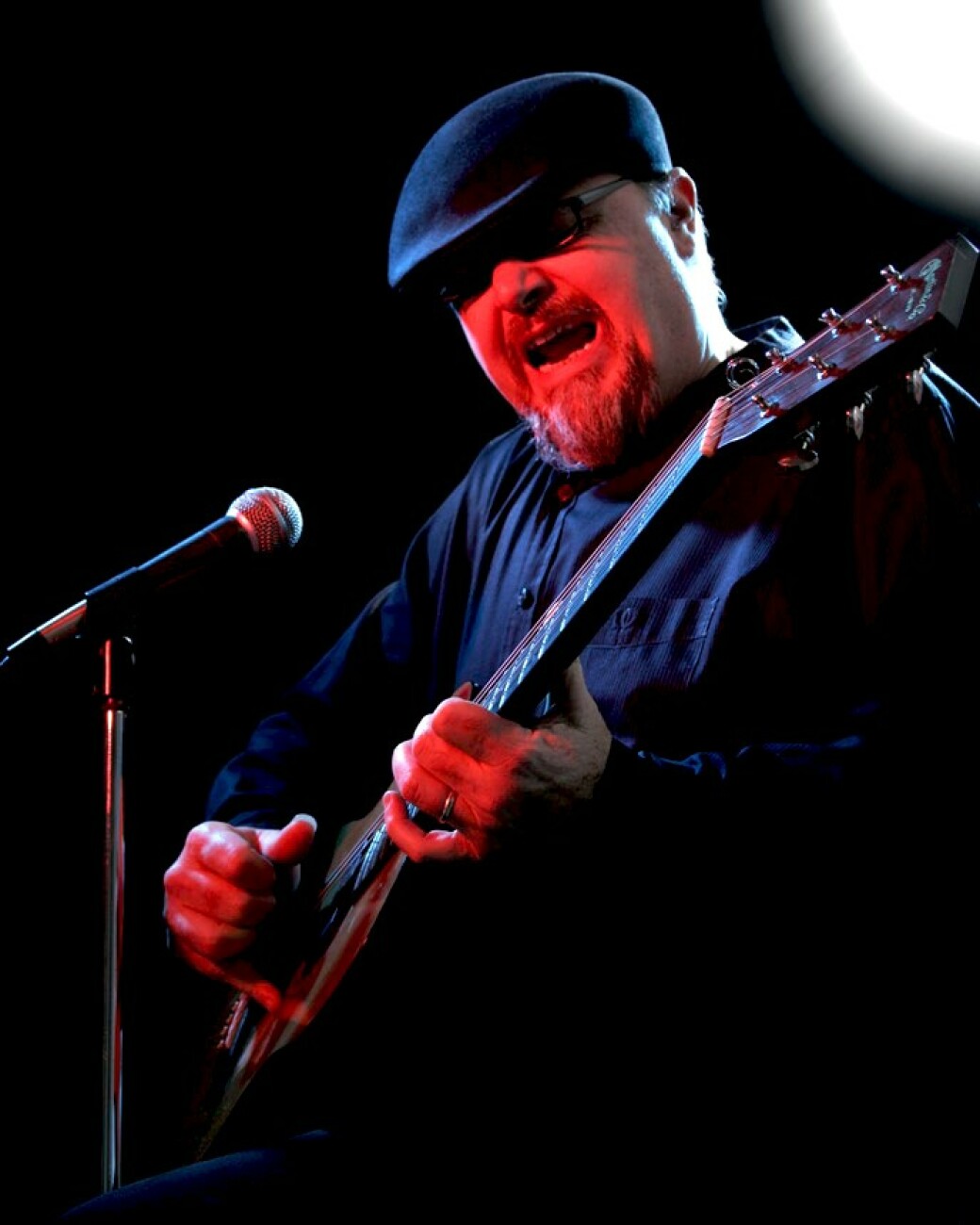 Local blues lovers, who’ve had plenty of time to sit around at home the past year after live shows came to a screeching halt, might enjoy playing a challenging game with their like-minded friends. Call it Bill Sheffield’s “six degrees of separation.” Like the Kevin Bacon Hollywood version, throw out a name of any local, and/or some national, blues artists. Then trace them back to the veteran Atlanta singer/guitarist. But be prepared for a long evening of connecting the dots. Sheffield has either played with, opened for, or somehow professionally touched, dozens of artists in the Atlanta scene over the decades. Those looking for a head start to this enticing evening of entertainment can check out the detailed and unvarnished timeline of his extensive life in music, helpfully constructed by — who else? — Bill Sheffield. It’s here.

From living with Col. Bruce Hampton (Sheffield taught him Seven Card Stud, which led to all-night poker games), to playing with John Lee Hooker and fronting Roy Buchanan’s band (as vocalist), Sheffield has also worked with familiar local musicians like Mark Johnson and Tom Gray (Delta Moon), Glenn Phillips (Hampton Grease Band), Oliver Wood, Jon Liebman (The Electromatics), Donnie McCormick (Eric Quincy Tate), and Sean Costello. In fact, there are few who haven’t come in contact with the affable and very busy Sheffield, dating back to his first professional gigs with Jellyroll in 1970.

Yet for all the musical high points, the life of a deep blues, and occasionally country, musician — especially at Sheffield’s modest level — is difficult. It’s a series of one-nighters dotted with long drives in rickety vehicles, crappy venues, crappier motel rooms, and even worse food. And, in Sheffield’s case, lots and lots of different musicians in a variety of bands, many with imaginative and dryly humorous names. Longtime Atlanta blues fans might have seen Sheffield fronting one or more of the following: The Solid Senders, Mystic Knights of the Sea, Cool Breeze, the Eastside Blues Band, Baby and the Boomers, The XLs,  Real Time, The Walking Wounded, The Ringtail Rounders, Hoodoo Blue, and One Clean Finger. There may even be more. Of those, he remembers Cool Breeze fondly because “it was the first real band I was in where I didn’t play guitar. I felt I really grew as a singer in that period. That was a really good band, I played longer with the XLs. We opened for a lot of big names in that group.”

Now pushing 70, Sheffield has been off the road lately, performing once-a-month blues shows at Blind Willie’s with The Sitting Ducks, a collaboration with fellow country bluesmen Nathan Nelson and Brandon Reeves. “We do a round robin. We each take lead on a song. Mostly songs we have written. We do some covers if we’re asked to (‘You gotta give the people what they want at some level,’ he laughs). We all three play on everybody’s songs.” He first met Nelson at The Blue Raccoon two decades ago, Reeves more recently, and has been working with this iteration for a few years. He’s happy with the band and doesn’t see it ending, even in this dicey era of live music. “It’s a fun gig,” he says. “We just share the spotlight.” In addition to the Ducks, he has a four-piece, more rocking electric outfit with bass, drums, and another guitarist, that also plays Blind Willie’s.

All of this is the latest phase in a colorful, if grueling career that started five decades ago and — with a few notable exceptions — has been Sheffield’s life. “The whole time has just been a matter of trying to survive,” he explains in a voice far more cheerful and up-beat than his words would suggest. “And for the most part, I have. I did stop for a while. Traveling will eat you alive. But I’ve been slugging at it the whole way.” The “most part” refers to a three-year sabbatical from 1987-’90 when he went into alcohol rehab and welcomed a second child. “I needed a break. It wasn’t about family, it was more about killing myself. It was a five-night-a-week thing, and I was just beat up.” But after he started playing again, he got back on the music horse.

Sheffield still considers himself lucky. “Early on (1974, when he was in his mid-20s) I got that gig with Roy Buchanan. I was one of the first Atlanta guys to do an actual professional recording, at least in my age category.” Thom Doucette, the harmonica player that toured with the Allman Brothers Band for a while, helped make that connection. Ed Freeman, who produced “American Pie” (another obscure six-degrees link) knew Doucette and invited Sheffield to California to record Buchanan’s In The Beginning album as vocalist. “I wrote one song with Roy (“She Can’t Say No”) and finally got a check 25 years ago,” he laughs. While the relationship was short-lived, it remains a key entry in Sheffield’s extensive timeline.

Sheffield’s often finger-picked blues, on full display on “Back in My Baby’s Arms,” one of his most requested tunes, is influenced by the raw, deep roots of Mississippi John Hurt, Hank Williams, Muddy Waters, and Jimmy Reed. Like them, he’s a lifer; a guy whose entire career has been wrapped around keeping that blues flame alive.  And while the traveling has stopped, probably for good at this point, Sheffield remains committed to the music he has loved since first hearing Reed in his teens. Even though his roll has slowed (his most recent album was a decade ago), he remains one of Atlanta’s blues veterans and a performer as riveting as any half his age.

“I’m looking back in my rearview mirror/I’m looking forward to a one-night stand,” Sheffield sings in the autobiographical “Three Man Band.” It’s as good a way as any to encapsulate a lifelong love of blues that shows no signs of wavering.

Everything remains unsettled for live music. Nonetheless, there is no better time to support it, when you can.

Blind Willie’s, the Northside Tavern, and other blues joints are now open sporadically with local musicians performing. Check web sites for restrictions and times of business. No blues-based national tour-ing acts are currently on tap for March.—CL—