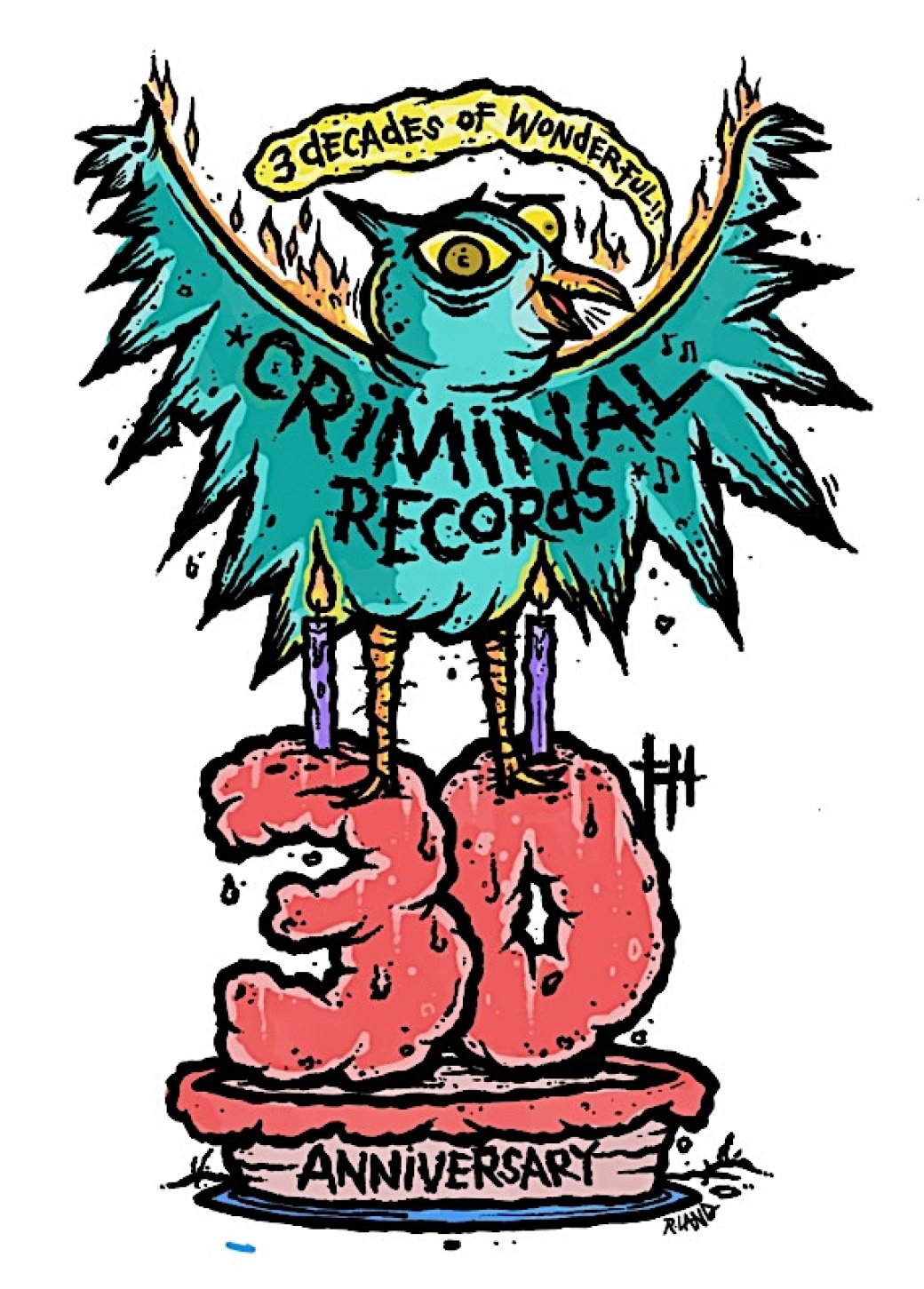 It was thirty years ago this month Criminal Records stole its way into Little Five Points. To mark the occasion, the record store and purveyor of pop culture is celebrating with door prizes; a special sale; a live, in-store concert; and a limited edition run of two different anniversary t-shirts for sale.

Owner Eric Levin first opened Criminal in a small store front across the street from its current Euclid Avenue location, then expanded to a place on Moreland Avenue before settling in between what is now Urban Accents and Drugstore, or somewhat midway between the Euclid Avenue Yacht Club and the Porter Beer Bar, if that’s more your local frame of reference.

The store has made the transition from records to CDs to vinyl somewhat seamlessly over the years and will be offering 1991 throwback prices on thirty essential LPs while supplies last. Also, the first thousand customers through the door — masks are required! — this Saturday will each receive a free DJ bag, while other giveaways will be made available throughout the day. Atlanta artist R.Land drew the 30th anniversary logo adorning the DJ bag, while designs for the two anniversary t-shirts were created by Josh Manning.

Andy Hull and Robert McDowell from Manchester Orchestra will close out the event with an intimate acoustic performance starting at 7 p.m. The in-store performance is limited to two hundred people, and the free wrist bands allowing entrance must be procured at Criminal prior to the show.

Hull gives much credit to Criminal for allowing Manchester Orchestra to get their foot in the musical door. "Our band wouldn’t be where it is without Criminal Records. When we were getting started in 2006, Criminal was the only place in the world that you could actually buy our album in a store or order it and receive it in the mail. Every week we would drive to Criminal Records and drop off another couple of boxes of CDs and, sure enough, Eric would sell them and request more. They have continued to shower us with love and support, and we are forever grateful. Independent retail as a whole has always been an incredibly supportive partner for our band, and I encourage you all to please support these stores that still make tangible media an experience that’s far more impactful and memorable than clicking a button on your phone."

Indeed, when not posing for photos with Aimee Mann, Levin has been, uh, instrumental in making sure independent retail music outlets survive. He is the founder and president of Alliance of Independent Media Stores (A.I.M.S.), a national coalition of like-minded indie record stores that he founded for political and promotional opportunities for his community, and, he’s one of the people to bless or to blame, depending on your perspective, for Record Store Day, the event that supports indie-retailers across the globe with record companies releasing limited edition titles that are only avail on that day — or, until quantities run out.

Levin promises other merchandise featuring the R.Land celebratory logo will also be available this Saturday. Make your plans now.