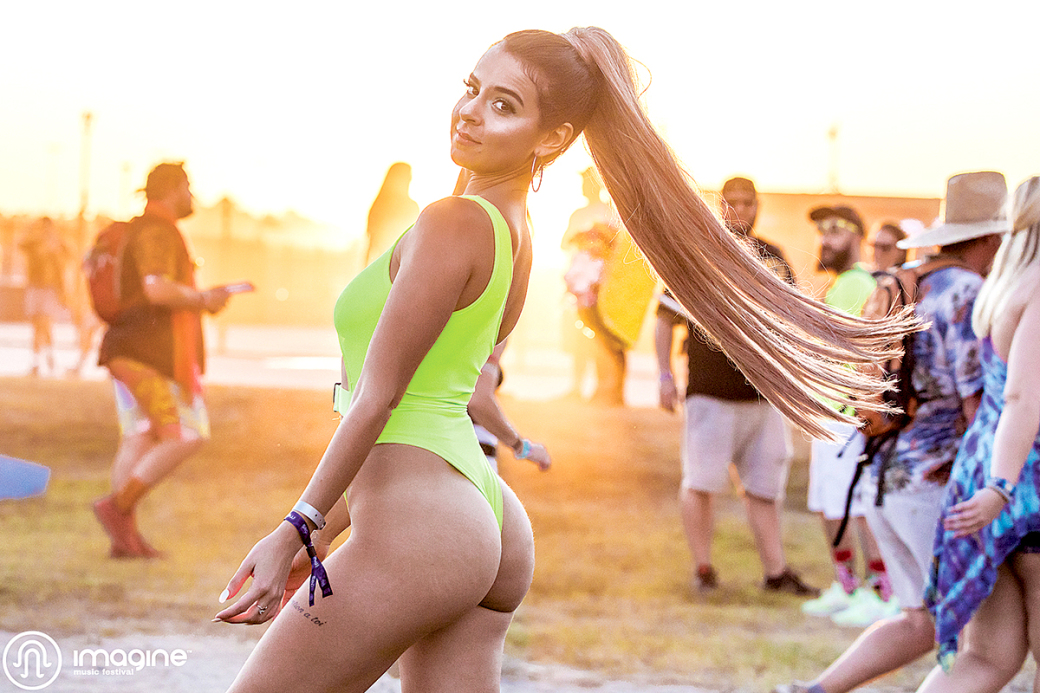 Did you hear? Vaccines are all the rage — and possibly required. The Move is returning to a new normal of large IRL gatherings, indoors and out, some requiring masks and some even vaccines.

Cute pandemic trends to keep: sanitizer everywhere, six-foot minimum personal space, masks, everything cashless and delivered, and WFH. Plus, let’s thank QR codes for making the comeback of the century, because menus were gross long before today’s plague. There are golden nuggets in the form of free tickets laced throughout this month’s column. A thank you to the millions of readers out there.

Tell your favorite sex toy you’re ready to see other people, bc it’s time get back out in the city you love. You might want to find those pants you ditched in March 2020 if you’ve been Winnie the Poohing it on Zoom. Bottoms will be required to this month’s offline events. Be mindful of your public neighbors, and remember, you don’t have to wait until everything’s “OK” to be happy and enjoy life. Just ask a Republican.

Disclaimer: The Move does not recommend Twitter in life or in this column. Any @handles mentioned below are for Instagram.

Every 1st and 3rd Thurs.

AMEN! It’s A Drag Show — AMEN! is Edgewood’s longest running drag show, hitting four years strong. If you are one who wishes to pray away the gay, this newly renovated and expanded Church service is mandatory. Every first and third Thursday is hosted by Dotte Com, JayBella Bankz and TAYLOR ALXNDR. This month, Saliva Godiva and Tuna Fiasco make guest appearances. Shows are upstairs and are not ADA accessible.

Romy and Michele’s High School Reunion Screening — Wussy Mag brings another cult-like experience appropriate for the masses. Romy and Michele have remained legends since their 1997 debut documenting their journey to their 10-year high school reunion. The opening scene, mingling fashion and No Doubt’s iconic hit “I’m Just a Girl,” puts you in Romy and Michele’s unrealistic beachfront apartment. From there, the audience learns what life was like for a blonde in LA in the late ’90s — exercising in platforms, dieting on gummy worms and candy corn, and pretending to invent Post-its, all while naturally donning the fashions of the ’80s and ’90s — thanks to flashbacks. You may have donated your VHS tapes, but the story is alive and well this month on the silver screen at the Plaza Theatre.

If people talking during movies drives you nuts, do not attend this screening. Crowd participation is encouraged. Brush up on the flick beforehand. You’d hate to be the only one in the theatre not quoting its most popular lines!

Taking a train to the Candler Park MARTA station is the easiest way to get there, and, for those peddling on two wheels, a free bike valet is being provided by Atlanta Bicycle Coalition. The Candler Park Music Festival benefits City of Atlanta Parks, Atlanta ContactPoint and Candler Park neighborhood 501c(3) organizations.

Georgia Vintage Goods pop-up market at Atlanta Dairies — Vintage meets the ’90s at this pop-up, with 1996 Atlanta Olympic merch all the rage for young collectors — plus, decades before and after! Yes, Y2K fashion is back. All this and more will be on display and up for grabs at the Georgia Vintage Goods pop-up in the gravel lot at Atlanta Dairies. More than 50 vendors serving vintage clothes, arts and prints, handmade jewelry, leather goods, and probably some plants and macramé sandwiched in somewhere.

Atlanta Dairies’ newest tenants include City Champion, Young Blood, Proper Wax, and Paradiso Plant Shop. As always, there’s Wonderkid for grub. Get a beer at Three Taverns Imaginarium or coffee from Cold Brew and sip in the courtyard outside Atlanta’s newest venue, The Eastern. Everything’s located on a strip of Memorial Drive you won’t recognize if you haven’t visited in a while, conveniently BeltLine adjacent.

VIPs get an exclusive escape to the VIP Club by Oceania, express entry into the venue, private air-conditioned trailer restrooms (if you’ve outgrown the grime) and the privilege to chillax at the lounge or get up close to the main stage with pit-row access.

What to bring: deet, glow sticks, clothes you don’t mind getting wet, biodegradable glitter, cup condoms and perhaps traditional condoms if consenting strangers are your thing.

A highlight of this “aquatic fairytale” is always the pool parties. Saturday, festival-goers will be treated to a Vegas-style pool party featuring Kaskade. The party takes place in a giant, shallow pool for floating on blow-up unicorns and doughnuts right in the heart of the temporary EDM city that is Imagine Fest.

Folx may remember Chattahoochee Hills as the home of CounterPoint Music Fest and TomorrowWorld, both impressive spectacles before the storms arrived.

Day passes start at $129 plus service fees and any add-ons you may choose. 18 and up. Bouckaert Farm, 10045 Cedar Grove Road, Fairburn, GA 30213. imaginefestival.com @imaginemusicfestival

Music Midtown at Piedmont Park — This gathering of music fans in midtown Atlanta has hosted classic acts like Hall & Oats and the Red Hot Chili Peppers to Bonnie Raitt and Bone Thugs-N-Harmony. A radically different lineup is offered this year after the young artists who played Music Midtown in 2019 didn’t miss a beat, appealing to more than 80,000 young adults having the time of their lives.

Original headliner Da Baby is “da canceled,” but 19 million accounts still follow the artist on Instagram. Are they bots? Or, are there that many homophobes who know Da Baby? Let’s be real, Lil Nas X would have been an ideal replacement for the homophobic former headliner. Instead, he was replaced with Marshmello, the only EDM act on the bill.

The Move supports Music Midtown bc we believe it’s important for every generation to have their time. Now is Gen Z’s time. Let them live and let them be contemporary! The complete schedule, with millennial sensation Miley Cyrus a must, may be found online.

Bottom’s Up! Drag Brunch at City Winery — Face it — brunch is basic without drag. Local stars of the tucked society and famed Ru Paul’s Drag Race talent share the stage indoors at City Winery once a month, thanks to organizers at Wussy Mag. This month’s lineup includes Trinity K. Bonet, Aiden Zhane and Nicole Paige Brooks.

If you don’t mind arriving melted, hop on some fuel-free wheels and take the BeltLine to Ponce City Market for the show. Watch out for off-leash toddlers, newbs walking in horizontal lines, and the endless non-profit volunteers stopping groups for signatures on the latest cause. Can’t they just step off to the side? SMH.

Bruce Hornsby & the Noisemakers at The Eastern — Youngsters, the infamous 2Pac song “Changes” was a sample of Bruce Hornsby’s “The Way It Is.” Those younger than millennials may be shocked to learn a lot of the popular songs they are now discovering aren’t originals, but, we digress … “The Way It Is” was part of Hornsby’s 1986, Grammy-winning, debut album The Range. From 1990-92, Hornsby was a part-time member of the Grateful Dead. He’s responsible for the scores of six Spike Lee films. He has accumulated 13 GRAMMYS and collaborated with Bob Dylan, Chaka Khan, the Grateful Dead, Bonnie Raitt, Sting, Mavis Stapleton and Willie Nelson, to name drop just a tad. The views at The Eastern are good from every angle, making it the perfect place to witness Hornsby at work.

AFROPUNK Atlanta at Atlantic Station — What is AFROPUNK? Their official website defines AFROPUNK as “an influential community of young, gifted people of all backgrounds who speak through music, art, film, comedy, fashion and more.” It is meant to highlight the Black presence in the American punk scene. “Remaining at the core of its mission,” they state, “are the punk principles of DIY aesthetics, radical thought and social nonconformity. AFROPUNK is a voice for the unwritten, unwelcome and unheard-of, redefining the urban experience.”