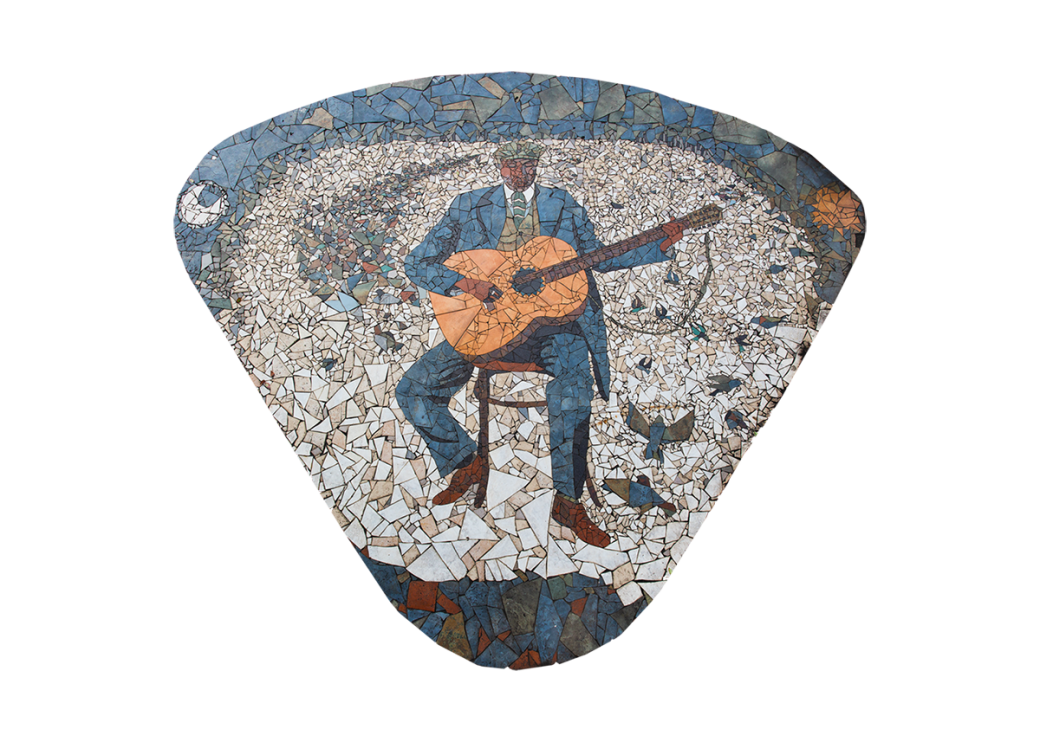 Forty-five years ago, when Wax N Facts first opened in Little Five Points, L5P really was five points, that is, a point where five streets converged with each other, just like Five Points in downtown Atlanta. Euclid and Moreland Avenues criss-crossed, and Seminole Avenue met them at the point.

In the ‘80s, as other business owners began to follow Danny Beard and Harry DeMille’s lead and open stores in the neighborhood, foot traffic became heavier, and Seminole Avenue was blocked off, with the street diverted into a parking lot, and Seminole Plaza established along what used to be Seminole Avenue. The adjacent Findley Plaza — named after John and Elizabeth Findley, who ran Findley’s Hardware Store in L5P from the 1930s to nearly 1980 — was also created to divert traffic and to lend a somewhat park-like atmosphere to the area.

Few remember that a mosaic of the itinerant Atlanta bluesman Blind Willie McTell was once located in Findley Plaza, surrounded by a black wrought iron fence. If you’ve ever wondered why that fence appears to surround an empty patch of ground for no reason, now you know.

Recently, the mosaic, which has been in storage for decades, was relocated and restored outside the Little Five Points Center for Arts and Community (L5PCAC), 1083 Austin Ave N.E. Jason Johnson, the original artist, who used to be a resident of L5P, was commissioned to return from to the neighborhood from his current home in Perugia, Italy, to oversee and complete the project.

Johnson has engaged in kintsugi, the ancient Japanese technique art of mosaic repair, whereby the work is mended with with lacquer dusted or mixed with powdered gold. According to a press release distributed by Kelly Stocks, a member of the Little Five Points Business Association, “Kintsugi advocates embracing the flawed or the imperfect, and sees breaks and repairs as part of the history of an object which adds value and is not something to be hidden.”

To fund the massive undertaking, engraved bricks are now being sold to be placed around the mosaic, in its new permanent home and place of honor. 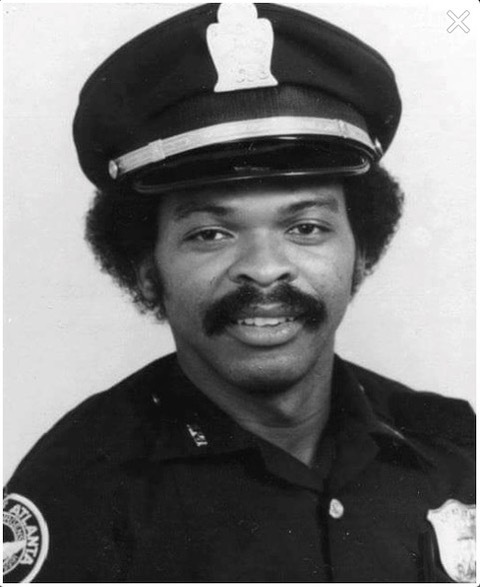 REMEMBERED: Ofc. Gregory L. Davis. PHOTO CREDIT: CITY OF ATLANTA POLICE DEPARTMENT
August also marked an anniversary for the area formerly known as Seminole Plaza. It was 33 years ago Aug. 26, 1988, that Atlanta Police Department Officer Gregory L. Davis was shot and killed in Seminole Plaza while in the line of duty. Officer Davis stopped a man on a bicycle to question him about a series of nighttime burglaries in the Little 5 Points area. Davis did not realize the suspect was also wanted in the murder of a college student that occurred  three nights earlier in the plaza. The suspect pulled out a gun and shot Davis in the chest. Though fatally wounded, Davis managed to shoot and kill the suspect.


Not too long after, Davis’ memory, bravery, and friendship to the community was honored with Seminole Plaza being renamed Gregory L. Davis Plaza. It is the only public space named in honor of a fallen police officer in the City of Atlanta.

In 1988 police officers were not issued bullet proof vests. The shooting of Officer Davis brought the need for vests to the public’s eye. It also highlighted the need for the State to provide educational funding for fallen officers’ children. After the event 33 years ago, the Little 5 Points Business Association, together with the surrounding communities, raised money to purchase bulletproof vests for all Atlanta police officers. —CL—