Shame on the one percent. 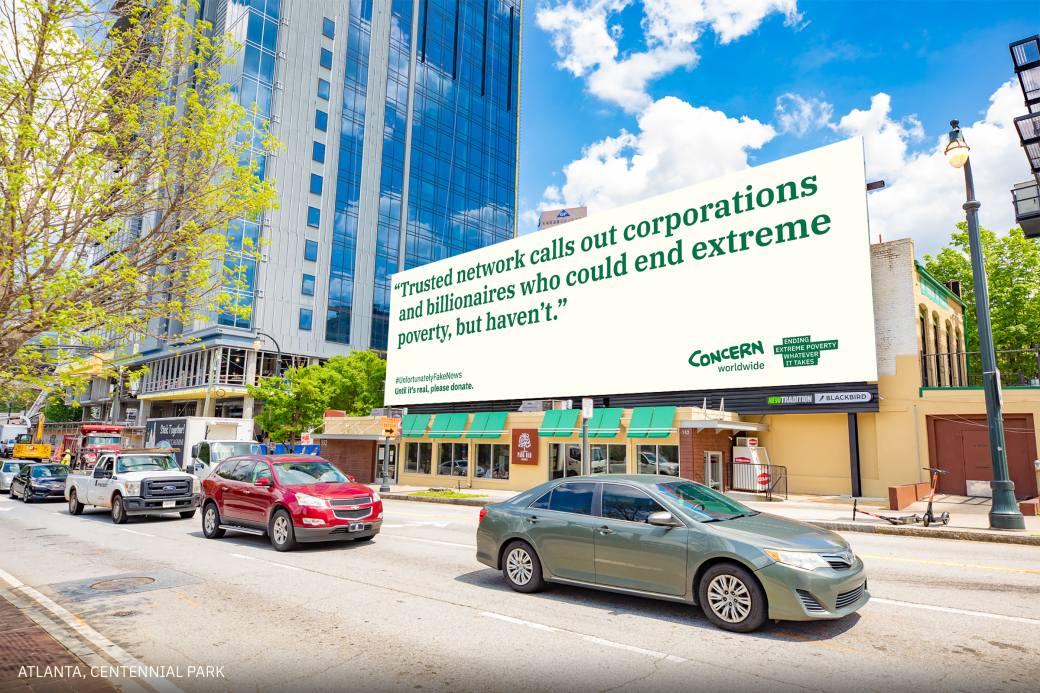 Photo credit: Courtesy Concern Worldwide US
Billboard Downtown Atlanta
By CL News Staff Wednesday September 22, 2021 06:00 am EDT
A marketing campaign in Atlanta is taking aim at wealthy entities that could help end poverty worldwide but have so far failed to try. A billboard erected near Centennial Park reads, “Trusted network calls out corporations and billionaires who could end extreme poverty, but haven’t.” The campaign, #UnfortunatelyFakeNews, puts emphasis on the 700 million people globally who live on less than $1.90. “Income inequality has never been more extreme and the world's richest one percent have more than twice as much wealth as the remaining 6.9 billion people in the world,” a spokeswoman said. concernusa.org