The Atlanta-based recording artist’s life has imitated his art 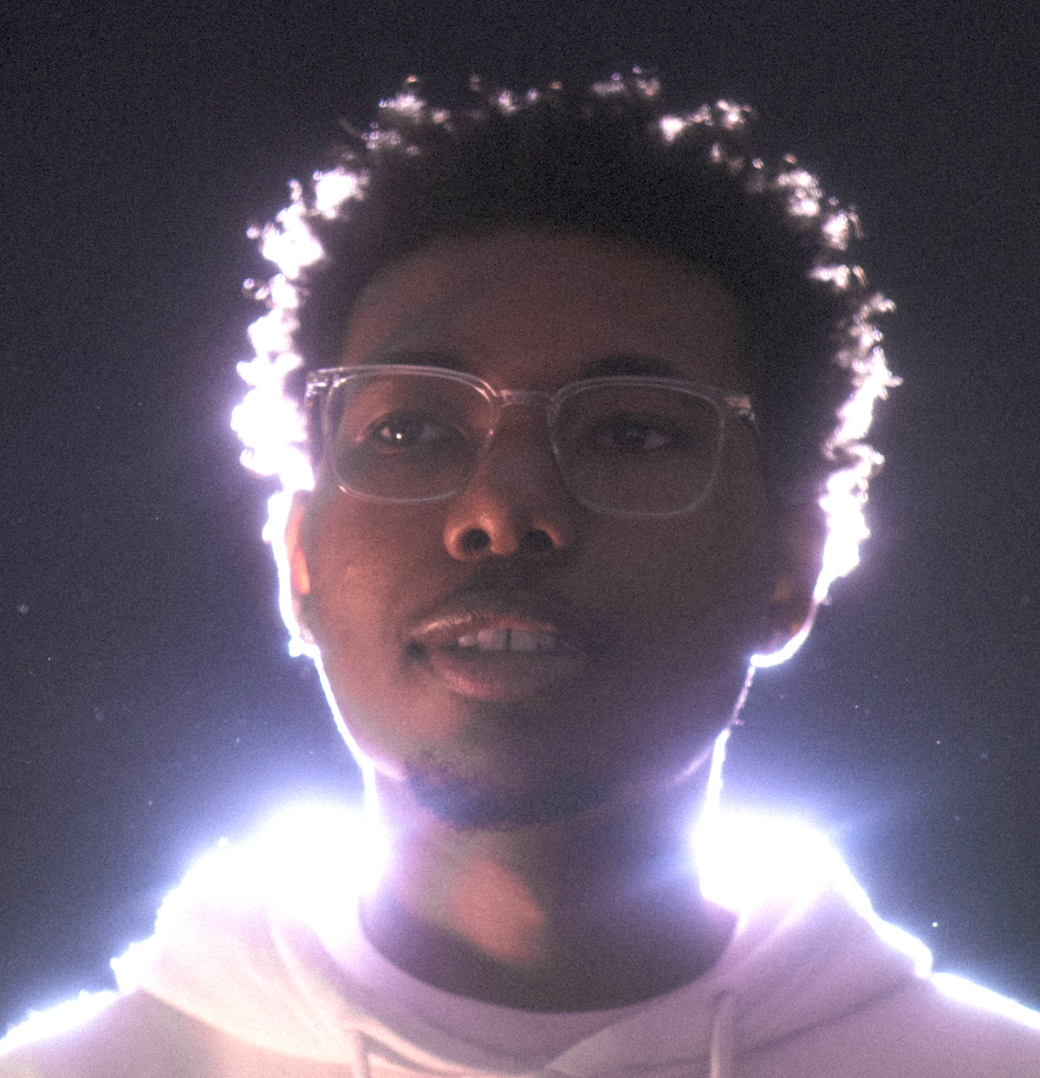 Photo credit: Bryan BBL
NOTHING HERE: DvDx is back at square one.
By Joshua Robinson Friday December 3, 2021 11:21 AM EST

In 19th century poet and playwright Oscar Wilde’s often-cited essay, “The Decay of Lying,” the famous Irish writer argued that “life imitates art far more than art imitates life.” “Life holds the mirror up to art, and either reproduces some strange type imagined by painter or sculptor, or realizes in fact what has been dreamed in fiction,” Wilde wrote in 1891. “Life seizes on them and uses them, even if they be to her own hurt.”

Over 100 years later, Wilde’s words ring true as Atlanta artist DvDx (pronounced David X) faces a new reality that’s eerily similar to the central theme of his recently released project, The Irreplaceable Now. Throughout the 6-track EP, DvDx laments about feeling stagnant, pushing through hard times, and embracing the present. Unbeknownst to him at the time of The Irreplaceable Now’s release in September, the following months would force him to confront those very same concepts in a rather unforgiving fashion.

Thursday, October 21, saw DvDx’s car get broken into while he was shooting the music video for The Irreplaceable Now’s experimental fourth track “Mid-Air,” and his laptop and two hard drives were among the items stolen from the vehicle. The following day, he issued a statement to his listeners and collaborators, and in the heart-wrenching post, he revealed that virtually all of the music he had been working on since 2012 was lost. After involuntarily bidding farewell to a decade worth of music, DvDx is embracing his new, irreplaceable now as he heads into the New Year.

“It definitely did put a damper on my plans,” the multitalented artist admits. “With everything being gone, I’m just trying to play catch up and keep moving. I can’t really like think about it too much, but honestly, I think it could be a blessing in disguise, you know? They can take all that stuff away, but they can’t take (my) talent away.”

As optimistic as DvDx is about this unexpected turn of events, even he can’t help but notice the uncanny relationship between his current situation and the concept of The Irreplaceable Now.

“It’s kind of a sick joke,” he says, laughing. “Ever since it happened, like minutes after, I’ve just been laughing the entire time. All you can do is just sit back and like laugh at it. It’s the pain laugh.”

In hindsight, several lyrics on The Irreplaceable Now feel somewhat prophetic, like the writing on the wall for DvDx’s unfortunate predicament. On the EP’s second track “Nothing Here,” he sings, “Where do I go from here?/I hit a dead end/They’re saying that there’s nothing here for you.” Then, during the hook of the distressing, yet infectious song “1000,” DvDx wonders aloud, “Where did my life go?” Furthermore, just as he now debates whether the theft of his laptop and hard drives is a tragedy or a blessing in disguise, “Mid-Air” features him wailing, “Can’t tell if I’m flying or falling.” Yet when considering each cut on The Irreplaceable Now, the EP’s penultimate track, “Been Here Before,” best foreshadowed his current circumstances. You can hear the pain — the same pain that hangs onto all of DvDx’s words as he recounts his recent loss — in his voice when he delivers the song’s chilling closing line, “I’ve been here before.”

He has. Earlier this year, DvDx’s hard drive crashed, and as a result, he lost approximately a year’s worth of material, including the original version of The Irreplaceable Now.

“Everything I had done, from like March 2020 to like April 2021 — all that stuff was gone,” he says. “I actually finished all the songs [[[for the EP] right before it happened, so two of the songs on there — I don’t want to say which ones — are actually the demos that didn’t really get mixed. So this is kind of a familiar feeling. It was just like a baby version of this situation. I got through that. Made some new stuff, some really cool stuff.”

Like his hard drive ordeal earlier this year, DvDx’s current hurdle isn’t insuperable. He has some material to work with, thanks to email correspondence with a select number of his collaborators, and at the time of the interview, which is just under two weeks after the car burglary, he already has a new laptop, thanks to the financial support of his friends and fans.

“So many people reached out and, you know, hit the Cash App,” DvDx chuckles. “The support has been crazy. It really put into perspective how many people are out there who I’ve really affected. I think the last time I like felt like that was my release party for the EP. Those moments made this year worthwhile.”

With a recent appearance at Lotus Rosery’s You Are Here Fest and the November premiere of his “Mid-Air” music video checked off his to-do list, DvDx looks to slow down the tempo for the final stretch of 2021. Instead of rushing into a new project, he is taking some time away from his craft to do a bit of soul-searching.

“I’m looking at myself as more than just a musical being, with multiple facets and different parts of me,” DvDx explains. “For the longest, I think I solely based my personality around music, so I haven’t been able to experience certain things — like not being slouched over in front of a computer all day or just realizing how much I like to TV — to the fullest.”

Eventually, the young producer and singer-songwriter will return with new music, but for now, DvDx has adopted Danny Cox’s “Declaration of Personal Responsibility” — a mantra he pays homage to with the title of his latest EP — and accepted full responsibility for the best use of his irreplaceable now. —CL—