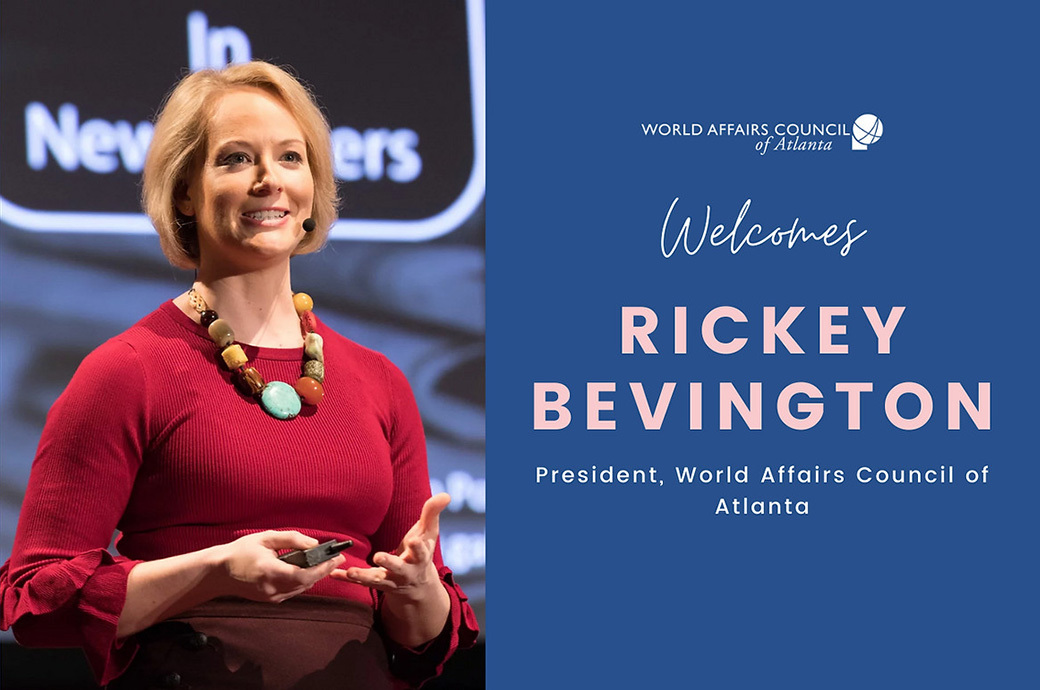 Photo credit: Courtesy World Affairs Council
Rickey Bevington
By CL News Staff Tuesday December 14, 2021 06:00 AM EST
The World Affairs Council of Atlanta has appointed Georgia journalist Rickey Bevington as its new president. A radio mainstay on Georgia Public Broadcasting for the last 15 years, Bevington is replacing Charles Shapiro, the former U.S. ambassador to Venezuela who is retiring this month. She also will hold an affiliated executive position at Georgia State University’s J. Mack Robinson College of Business. Bevington sits on the board of the Atlanta Press Club and is an avid fan of Atlanta United. “As citizens of the world (collaborate) on shared challenges ranging from climate change to public health to our economy, there’s never been a more pivotal time for Atlanta to embrace its position as a global leader,” she said in a statement. globalatlanta.com