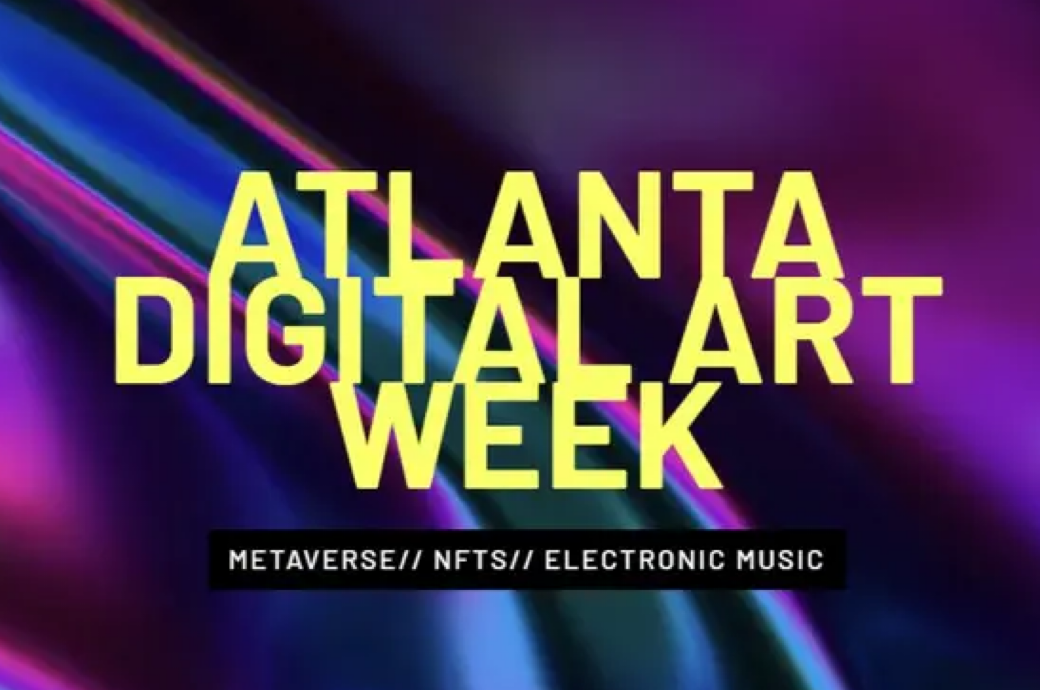 Photo credit: Courtesy ATLNFT
Atlanta Digital Arts Week
By CL News Staff Tuesday March 1, 2022 01:00 AM EST
A celebration of digital art is now underway at Underground Atlanta until March 5. Educational symposiums, cultural events, workshops, virtual and “augmented reality experiences” are all on offer. “As the first digital art events program in the city, our hope with Atlanta Digital Art Week is to recognize the unprecedented trajectory of computer programming in visual arts, while raising awareness to the expanding non-fungible token (NFT) market,” said Lalani Ventures principal Kris Pilcher. He invites “innovators, artists and interested Atlantans to learn and experience the new wave of visual art and be pioneers in the city.” atlnft.art

While the sale of downtown Atlanta?s 12-acre retail shopping mall-meets-bizarro-tourist attraction officially closed in 2017, development has yet to begin on the streets beneath the city streets. Other than the live music venue Masquerade ? with its Heaven, Hell, and Purgatory stages ? opening under a separate deal in the adjacent Kenny?s Alley, the storefronts are dark and the streets deserted where once was a bustling, though uneven nightlife district. A revamp of the 12-acre site could help revitalize South Downtown, an area destined for great things before the closing of both the Mammal Gallery and Eyedrum due to city building-code problems. The area south of Marietta Street had a chance to become a vibrant community once again. Now, that opportunity will, to a large degree, hinge on Underground?s redevelopment.
—Read Article

The nearly 12-acre complex, featuring renovated historic storefronts and cobblestone streets, opened in 1969, billing itself as a "city under the streets." It became a hotbed for nightlife and featured the original Dante's Down the Hatch. Underground closed in 1982, but it was reopened after extensive upgrades in 1989, leading up to the 1996 Atlanta Summer Olympics. Over the last two decades, Underground has become a conundrum that leaves tourists befuddled and struggles to attract locals, despite being the only place in Atlanta where spirits flow until 4 a.m. The city bought back the property in spring 2014 for $8.8 million. What happens next is anyone’s guess.
—Read Article
Culture Home
dummy