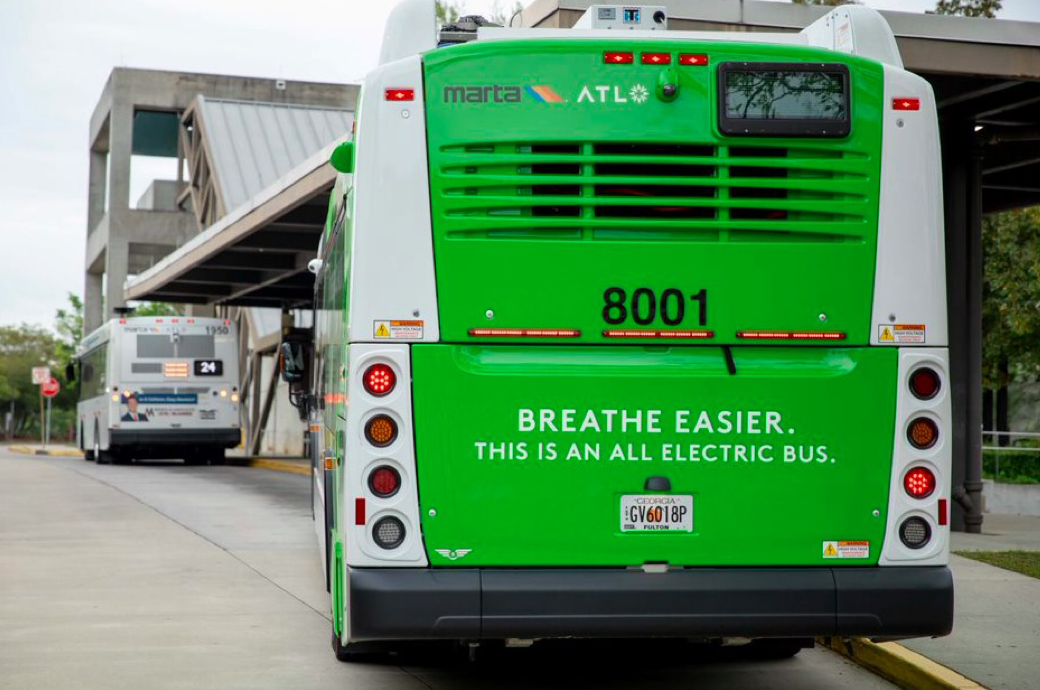 Just in time for Earth Day, it has been announced that Atlanta’s first all-electric transit buses are expected to hit the road in May. MARTA will show off some of the vehicles at a launch event Friday morning at the Edgewood/Candler Park station, calling it “the future” of the transit agency.

MARTA will put its first three electric buses into service on Sunday, May 1 along two east-west routes. One of them operates between North Avenue and East Lake stations, with connections to points such as Ponce City Market and the Fernbank Museum. The other route runs from North Avenue station to the Edgewood/Candler Park station, traveling along Boulevard, Ponce de Leon Avenue, North Highland Avenue, and Moreland Avenue, with connections to Edgewood Retail District, Midtown Place, and other destinations. urbanize.city