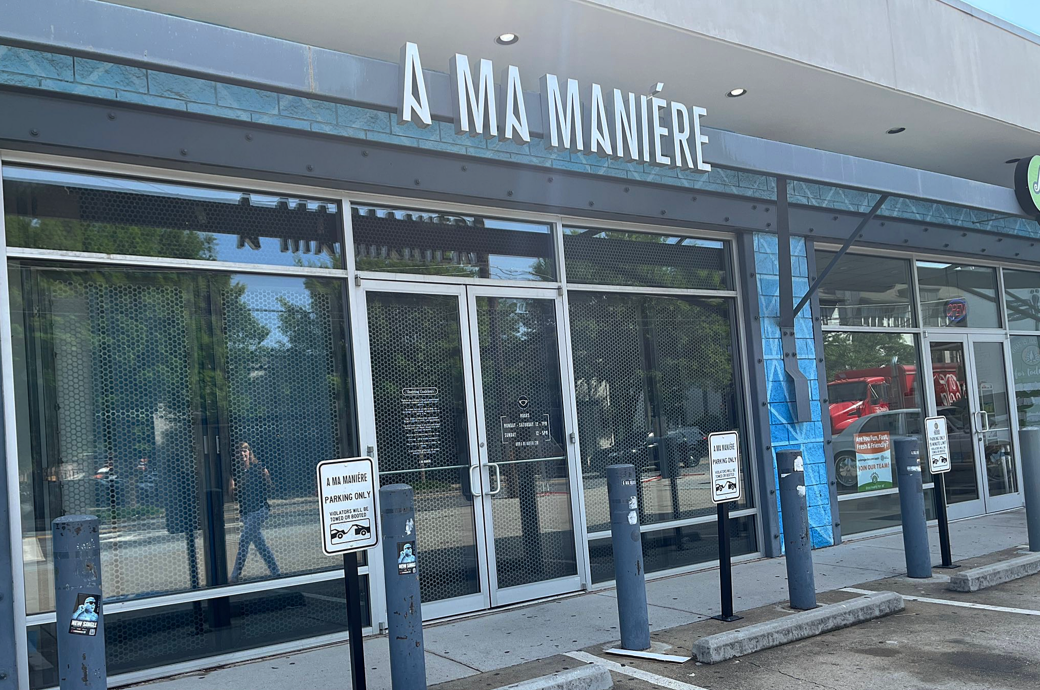 Photo credit: @SteveGWSB on Twitter
Outside of A Ma Maniére boutique on Marietta Street
By CL News Staff Saturday May 7, 2022 02:00 AM EDT

Customers eager to get their hands on the new, much-anticipated Air Jordan 2 sneakers will have to wait a bit longer after a break-in and shooting early Thursday morning at the A Ma Maniére boutique on Marietta Street. An Atlanta policeman responding to the attempted burglary was shot in the leg by the store’s security guard, according to news outlets, and the suspects, who had used a sledgehammer to enter the back of the building, got away empty handed. Police say the officer is expected to be okay and that the security guard is being detained and questioned.

Following the incident, the official launch date of the new footwear and apparel collection will move from May 13 to a new date to be announced shortly, the brand announced on Instagram. ⁠inputmag.com