ABOUT TOWN: Pullman Yards pulls out all the stops 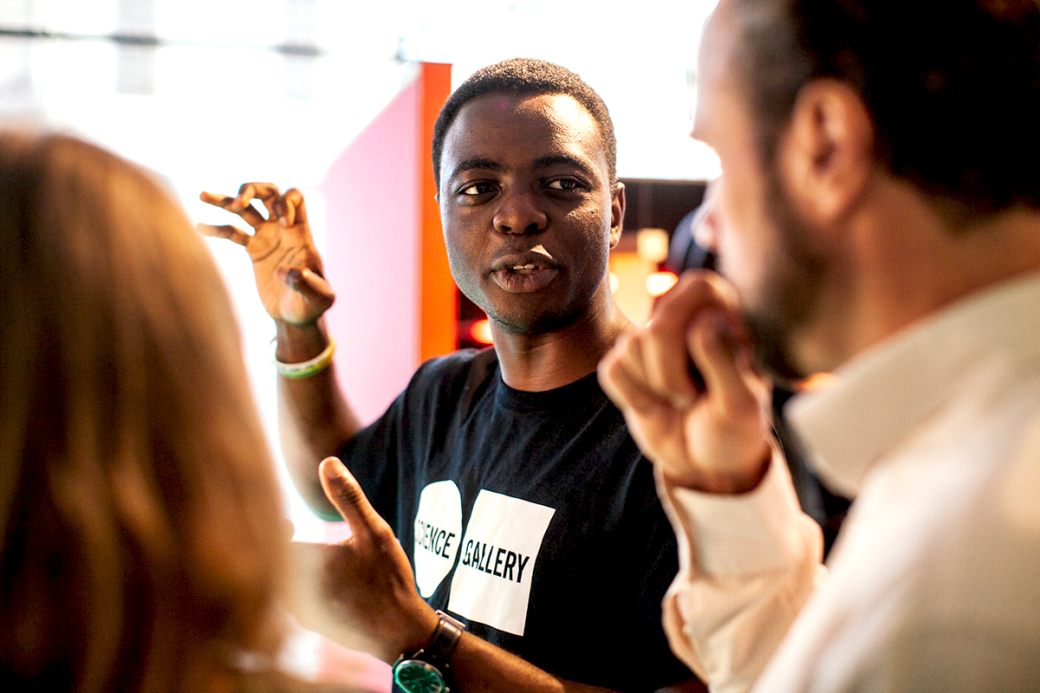 We’re kicking off the month of June with some of what’s happening at the Pullman Yards complex in Kirkwood: an interactive show about substance abuse, a tribute to Motown and R&B, a witty crooner of standards, and a new production of “Cabaret.” Things to check out in other places include the annual Swan House art exhibition and the work of two respected photographers. 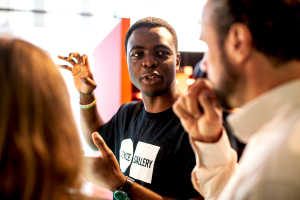 HOOKED: When Want Becomes Need, Pullman Yards -
A scientific approach to substance abuse is happening at Pullman Yards with the new interactive show “HOOKED: When Want Becomes Need,” an amalgamation of science, art, technology and design. It’s all part of a new deal between the Science Gallery at Emory University, King’s College in London, and the thriving event space in Kirkwood. “Leading researchers at Emory University are asking cutting-edge questions about addiction and recovery,” says co-curator Hannah Redler-Hawes. “'HOOKED' brings their work together with work by other international experts and creations by astonishing local and international artists.” 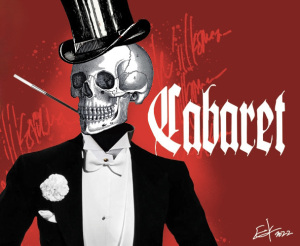 LIFE IS A CABARET: Doomed flirtations with hedonistic patrons. ILLUSTRATION: by Erik Teague, courtesy of Come As You Are Festival

Cabaret, Pullman Art Center Amphitheater - The blockbuster musical “Cabaret” gets a new treatment from the Atlanta Opera as part of its ‘Come As You Are’ festival. The 1966 show on Broadway, based on the work of John Van Druten and Christopher Isherwood, was followed by a hit movie 50 years ago that made Liza Minnelli a star. Set towards the end of the Jazz Age and the onset of Nazism, Minnelli portrayed chanteuse Sally Bowles, headliner at a dingy Berlin nightclub who must deal with its hedonistic patrons while fending off the amorous advances of an American writer. A subplot revolves around the doomed flirtation of a boarding house madam by her elderly suitor, a Jewish fruit vendor. The Guardianrecently called the work “divinely decadent and chillingly relevant.” The original stage production, co-directed by Rob Marshall and Sam Mendes, was not initially a success due to its perceived immoral content, but positive reviews eventually worked their magic. — Kevin C. Madigan
$50-$85. Thu., June 2, Fri., June 3, Sun., June 5, Fri., June 10, Thu., June 16, Fri., 17 - 8 p.m. Sun., June 12, Sun., June 19 - 2 p.m. matinee. Pullman Yards, 225 Rogers St. N.E., Atlanta 30317. 404-881-8885 atlantaopera.org @TheAtlantaOpera 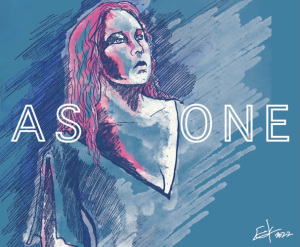 AS ONE: Living by your own rules without “preachiness.” ILLUSTRATION: Erik Teague, courtesy of Come As You Are Festival

As One, Pullman Yards - A “poignant, comedic and uplifting” chamber opera tells the story of a transgender woman named Hannah who struggles to live by her own rules. Scored for two singers and a string quartet, “As One” comprises fifteen songs in a three-part narrative that traces Hannah’s experiences from her youth in a small town up to her college years, and her eventual relocation to a foreign country to gain some wisdom about herself. Since its 2014 premiere, the piece has become one of the most widely produced contemporary operas in North America. Words and music come from award winners Laura Kaminsky, Mark Campbell and Kimberly Reed. “It challenges us to ponder questions of authenticity, identity, compassion and self-love, and does so without preachiness," The Chicago Tribune wrote in its review. — Kevin C. Madigan
$50-$85. Thu., June 9, 8 p.m. Sat., June 11, 2 p.m. matinee. Pullman Yards, 225 Rogers St. N.E., Atlanta 30317. 404-881-8885 atlantaopera.org @TheAtlantaOpera 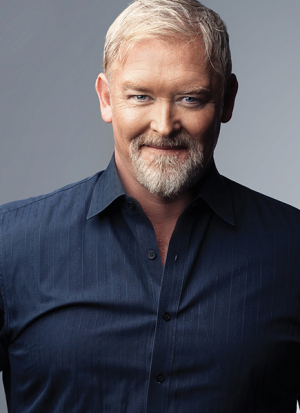 Jay Hunter Morris, Pullman Art Center Amphitheater - Tenor and raconteur Jay Hunter Morris gets his own one-off matinee show in the Come As You Are series at Pullman Yards. The Roswell-based vocalist is known for his Metropolitan Opera performances as the title character in Richard Wagner’s “Siegfried” and in 2017 performed in the Atlanta Opera’s production of “The Flying Dutchman.” Elsewhere he appeared in “Master Class,” “Madama Butterfly,” “A Streetcar Named Desire,” “Grendel,” and “Doctor Atomic.” The self-described “redneck opera zinger” - also the title of his autobiography - studied vocal performance at Juilliard in New York and initially performed gospel and country music, but soon lost interest in those genres. At the Pullman Yards gig he will be singing standards and chatting about his life and career. — Kevin C. Madigan
$50-$124. Sat., June 18, 2 p.m. matinee. Pullman Yards, 225 Rogers St. N.E., Atlanta 30317. 404-881-8885 atlantaopera.org @TheAtlantaOpera

Pullman Pops: A Tribute to Motown and R&B, Pullman Art Center Amphitheater -
The Pullman Pops, conducted by Tony-nominated Larry Blank, will begin a regular series at the venue on June 18 with a show commemorating the classic sounds of Motown and R&B. Blank has a long history of Broadway conducting and film orchestration and recently worked on the Atlanta set of Dolly Parton’s Christmas on the Square. The Pops orchestra consists of local musicians who regularly play with the Atlanta Ballet and the Atlanta Opera, as well as regional symphony groups. “I think this is going to appeal to locals, tourists and a lot more young people who are going to the Pullman Yard for other events,” Blank told the Atlanta Journal Constitution. “It’s much more casual, which I think really attracts people.” Last year the Pops performed a successful “Best of Broadway” show at Pullman and have shows scheduled for this summer in tribute to The Beatles, Aretha Franklin, and Hollywood film scores. — Kevin C. Madigan
$45. Sat., June 18, 7 p.m. Pullman Yards, 225 Rogers St. N.E., Atlanta 30317. pullmanyards.com @PullmanYards 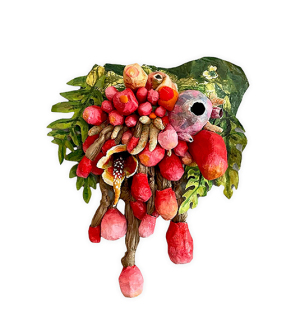 The Summer Invitational, Swan House - The Swan Coach House Gallery is rolling out its annual exhibition showcasing fine art and craft from Georgia and the Southeast. The Summer Invitational features 77 artists offering “a breadth of original artworks including pottery, sculpture, textiles, artistic home wares, jewelry, glass, and design,” a press release says. “It is always a pleasure curating this broad and beautiful exhibition,” says Creative Director Michelle Laxalt. “This year we have a number of new artists who have never exhibited with us before alongside artists who continue to share their work with our audience year after year.” Curator Maria Bruckman adds, “It’s wonderful to see how the Gallery transforms each summer for this highly anticipated exhibition, and we look forward to sharing our Invitational artists’ broad range of talents.” — Kevin C. Madigan
Free. Tue., – Sat., 10 a.m. – 4 p.m. The Swan House, 3130 Slaton Drive N.W. Atlanta 30305. 404-266-2636 swangallery.org 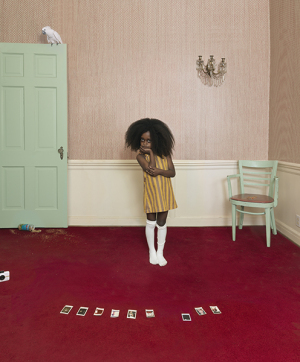