50 YEARS: An interview with Scott Walsey

Scott Walsey was the business mastermind behind CL. He joined CL as Debby Eason's partner in 1980. 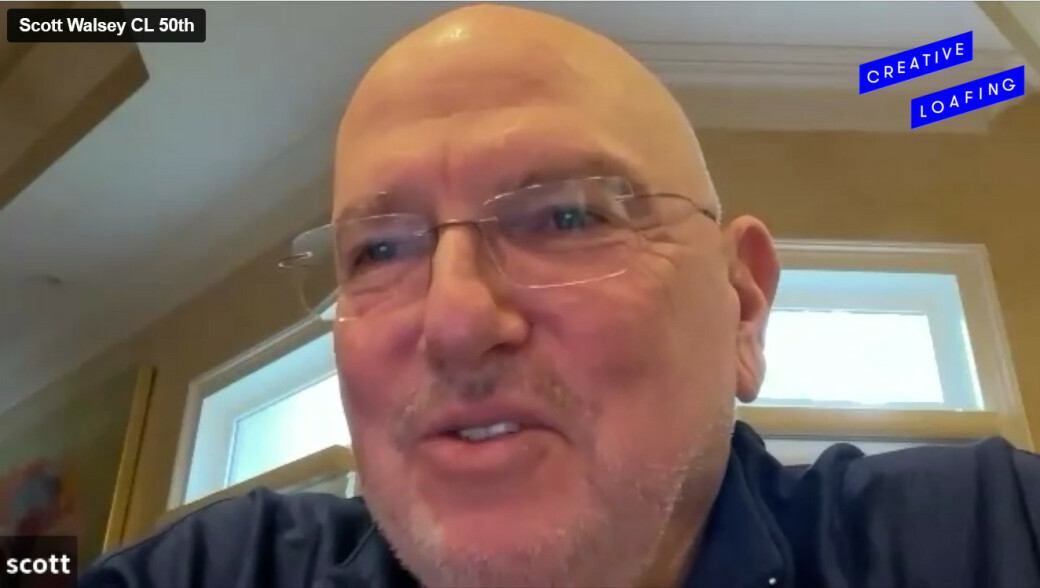 “We started out with coupons and buy-five-ads-get-one-free type of thing,” he says. “But what really helped us grow were the cross-promotions we did with the radio stations. I’d give the station a free ad in the paper in exchange for them saying on air, ‘pick up this week’s Creative Loafing for more details’ and it took off from there.”

When word got out that an out-of-town publishing company was looking to open a rival paper, Walsey instructed his sales staff to sweeten the existing deals for advertisers on year-long contracts, offering ads at twice the size for half the cost. When the rival started putting out feelers to potential advertisers, the [advertising] budgets were already spoken for.

In the early years of CL , the deadline for classified ads was Friday afternoon, with the occasional walk-in asking for a larger print ad. To ensure his staff didn’t leave early on Fridays, Walsey held a weekly raffle for prizes. “Every new contract they brought in was worth a certain number of tickets, so if you brought in a five-week contract it would be worth five tickets.” Tickets would be drawn to see who had won prizes ranging from movie passes to cash to lottery tickets. “I would say, here’s your chance to not show up for work on Monday: Show up on Friday at five for the raffle and maybe you’ll win enough money in the lottery you won’t have to come back Monday.”

Not surprisingly, the success of the sales team’s efforts would trump the editorial side of the paper. Alix Kenagy Hessler was managing editor in 1984 and recalls having a story in layout when a late-selling ad came in that required her to scrap the photos accompanying the article. Writers were also known to “pad” the ending of stories so that they could easily be cut from the bottom to make way for a last-minute quarter-page ad.