Will ‘Get Out’s’ Jordan Peele break his winning streak? ‘Nope’ 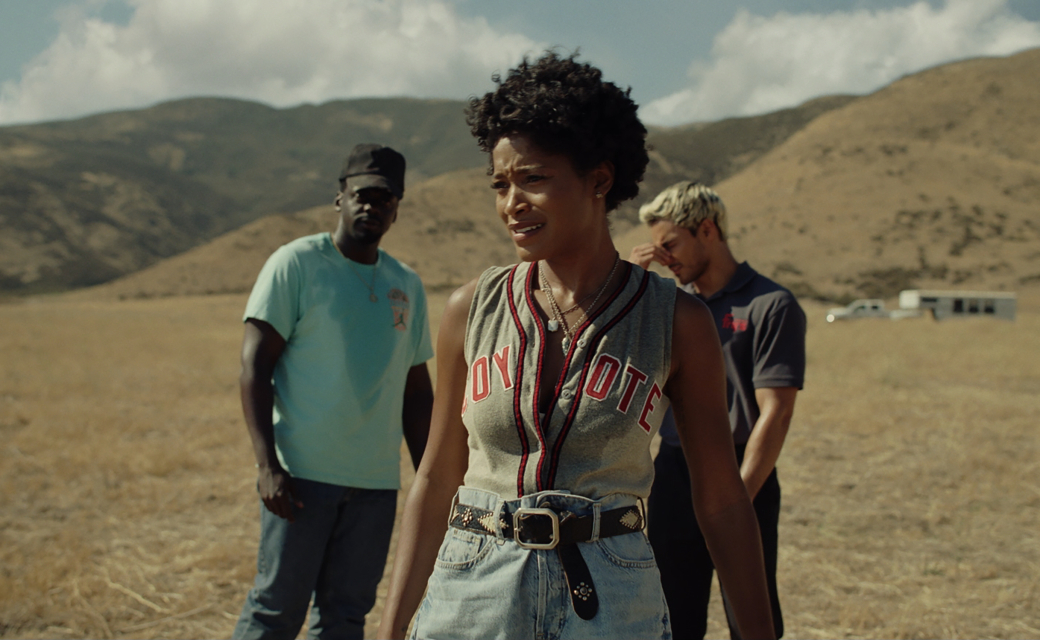 Few 21st century filmmakers have made as auspicious a debut as Jordan Peele. Previously known for his sketch comedy series “Key & Peele,” his 2017 hit Get Out seemed to tap directly into the national zeitgeist, combining a satirist’s insight with the craftsmanship of a horror veteran. Peele’s follow-up Us, while weirder and more idiosyncratic, proved that Get Out was no fluke.

Swiftly becoming a brand name unto himself, Peele leans further into old-fashioned sci-fi with his latest thriller, Nope, opening July 22. Peele once more offers audiences a spine-chilling night at the movies, while also shedding light on the darker corners of the American psyche. You could say that Nope does for the entertainment industry what Get Out did for U.S. racial tensions.

I’ll keep spoilers to a minimum. After O.J. witnesses some seemingly otherworldly events around the ranch, he and Emerald get the idea that recording proof of the paranormal could be their ticket to the big time. They stay committed to their mission regardless of what dangers lurk behind the clouds or the other side of the nearby mountains.

Supporting terrific actors, Peele gives the characters different motivations for their headlong pursuit of notoriety. O.J. literally hopes for a big payday to save the old homestead. Emerald craves the glamour and adulation of fame. They recruit a veteran cinematographer (Michael Wincott) obsessed with capturing the perfect shot. And at the periphery, Ricky’s drive to entertain seems a consequence of his experiences as a child actor. A flashback to the set of a 1990s sitcom just might be the most terrifying movie scene of 2022.

Nope shows sympathy for its characters and their dreams, but it’s also deeply skeptical about show business, frequently setting Hollywood’s concerns in conflict with the natural world, with dire results. And none of this unfolds as dry thesis statements, but through set pieces with perfectly calibrated suspense against backdrops worthy of John Ford Westerns.

Peele particularly seems to have taken the right lessons from Steven Spielberg’s 1970s classics, Close Encounters of the Third Kind and Jaws. In Nope, a line of plastic streamers functions as a warning of an unseen menace, like the floating barrels Jaws. The third acts of both films play out like an intricate hunting sequences.

Nope’s finale feels a bit too drawn out, though, and at times Peele seems too in love with overly complicated lore. As in the screenplay for Us, all of Nope’s narrative pieces don’t seem to fit perfectly together and leave lingering questions. A viewer can appreciate his ambition while feeling that Get Out’s more contained approach lead to his best success.

But better a film that risks presenting too many ideas and invites further consideration than one you’ve forgotten the minute the theater lights come up. Nope throws a lot of things up into the air. —CL—