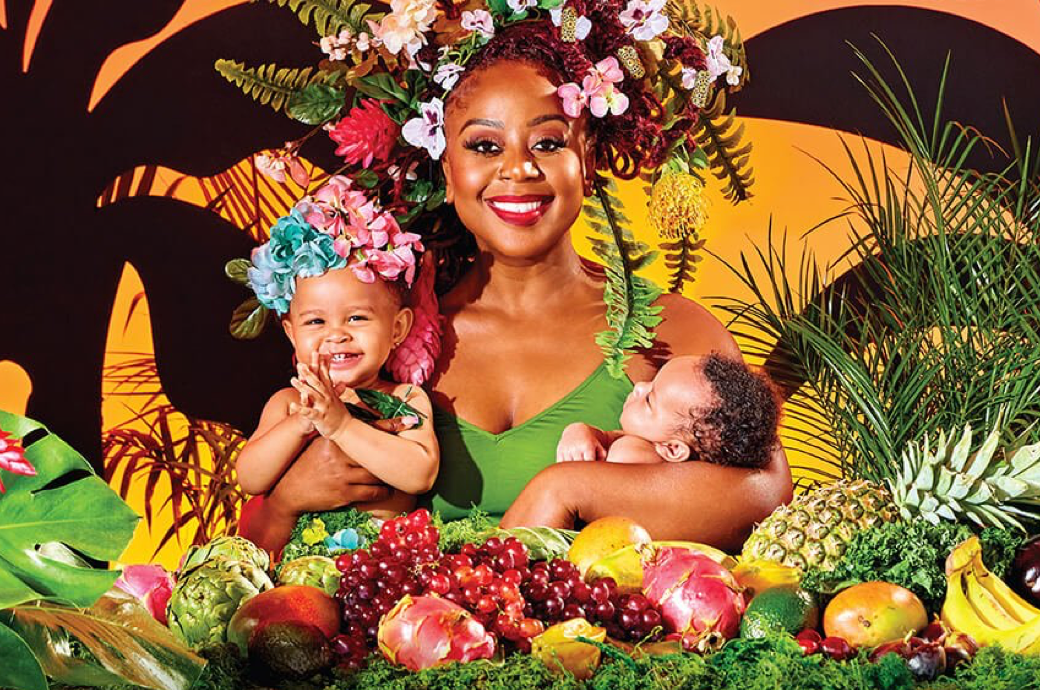 The ad shows Cole and her children in a lush green landscape, adorned with fruit and flowers. Accompanying the picture is text that reads, “THRIVING in The Garden of VEGAN,” a pun of the Garden of Eden described in The Bible.

“I want my children to understand that you can live a cruelty-free lifestyle and it can taste good,” says Cole, a PETA honorary board member. “I’m very mindful of the food that I consume, and I’m also mindful of the food I’m gonna give my children. And I’m excited that they get the opportunity to grow up this way.”

In another corporative venture, Cole and PETA launched a food justice campaign in Atlanta, with the goal of “redirecting subsidies for the meat, egg, and dairy industries to incentives for grocers in low-income areas to stock fresh fruits, vegetables, and other healthy, humane foods.” headlines.peta.org