NEWS BRIEF: Hundreds of decapitated goats have been found in the Chattahoochee River in recent years 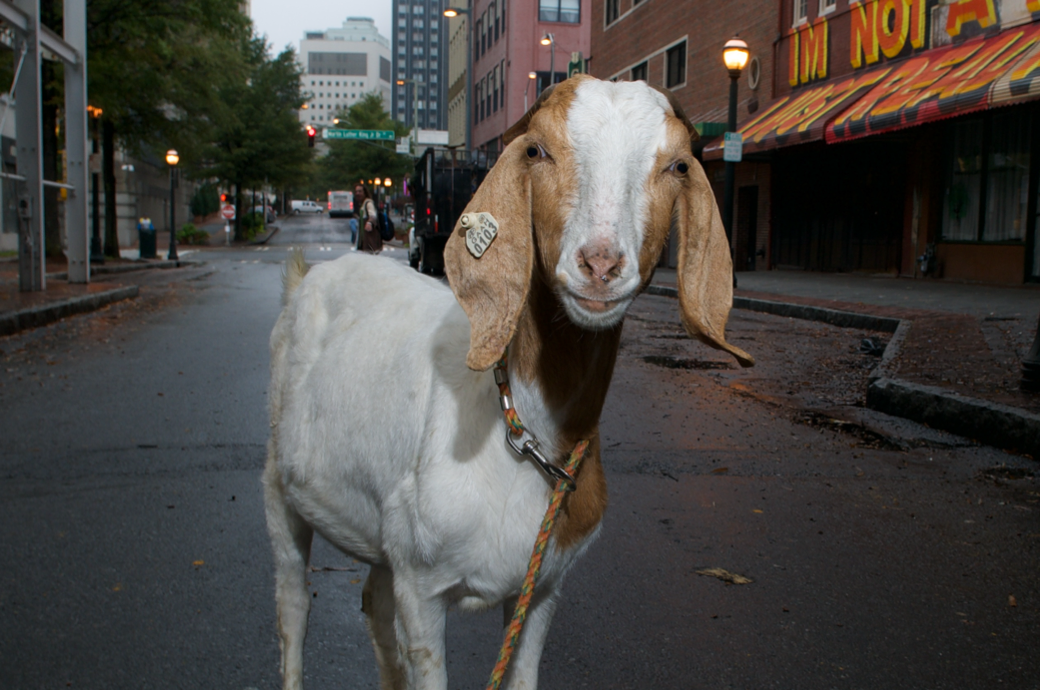 According to a new investigation by Charles Bethea for The New Yorker, in the last four years, decapitated goat corpses have been showing up in the Chattahoochee river, in the area where it goes underneath I-20, close to Six Flags Over Georgia. Jason Ulseth, the Chattahoochee’s river keeper, estimates that he’s found approximately 500 decapitated goats during that time. On routine trips, he has found as many as thirty at a time. “Just bodies, never heads.”

One possible theory for the goat carcasses, according to the article, centers on Santería, a religion practiced in Afro-Caribbean and Latin American cultures, which includes animal sacrifices among the rituals. When Bethea spoke to a retired deputy chief of the El Paso Police Department, he claimed Mexican drug cartels engage in Santería for spiritual protection and traffickers coming in or out of Atlanta may be responsible for the goat bodies.

Miguel De La Torre, a professor of social ethics at the Iliff School of Theology, theorized that the perpetrators were not knowledgeable and experienced spiritualists, but drug dealers “making it up as they go.” “It’s like not knowing anything about Catholicism and bathing in holy water because you think it’s gonna help you.”