Is this the end of Netflix’s “blank check” phase? 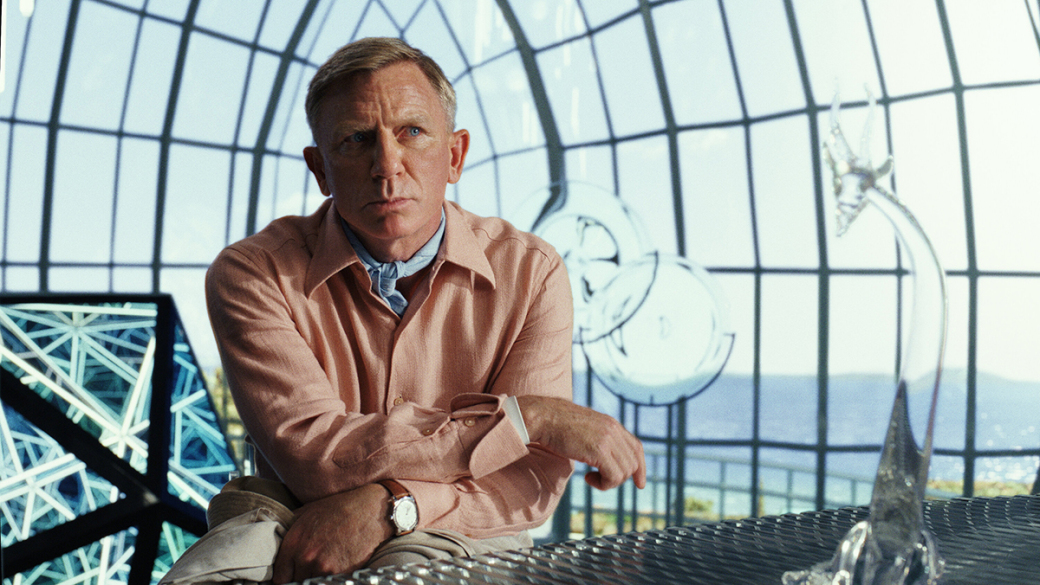 You don’t have to be Benoit Blanc, Daniel Craig’s detective character from the Knives Out movies, to know that something’s afoot at Netflix. The streaming service and production company saw a tumultuous 2022, which included falling stock prices, loss of subscribers, and significant layoffs. And even though the year’s end included such hits as “Wednesday” and “Harry & Meghan,” Netflix seems to be entering a major creative transition.

For years, Netflix had a spare-no-expense approach to its movies, investing fortunes in prestige projects and establishing itself as a high-quality creative brand. While a Netflix film has yet to win a Best Picture Oscar (perhaps due to the Academy’s mixed feelings about streaming vs. theatrical releases), the “blank check” era has cultivated such modern-day masterpieces as Roma, The Irishman and The Power of the Dog.
After 2022, Netflix is likely to put away the checkbook, or at least use it on bland commercial films like The Grey Man instead of the quirky passion projects. For the past months Netflix has debuted a few intriguing films, bankrolled years earlier, the likes of which it most certainly won’t be financing going forward.

A prime example is White Noise (debuting Dec. 30), writer-director Noah Baumbach’s follow-up to his hilarious, heartfelt Marriage Story, a multiple-Oscar-nominee. White Noise is Baumbach’s surprisingly faithful adaptation of Don DeLillo’s beloved 1985 novel of the same name, a satire of how 1980s consumerism fails to counterbalance the fear of death. Adam Driver plays a college professor of “Hitler Studies,” and a depressing aspect of White Noise is how much more pervasive U.S. Nazism is now compared to 40 years ago.

White Noise really resonates in its extended centerpiece, when a train accident causes “The Airborne Toxic Event” that requires the Gladney family to evacuate. Baumbach presents it like an early Spielberg spectacle or a contemporary 1980s homage like “Stranger Things,” through a prism of absurdist humor. But while Baumbach’s script keeps much of DeLillo’s mannered, philosophical dialogue intact, he doesn’t create a cinematic world to suit it. The material calls for a highly stylized, approach, perhaps like Wes Anderson takes with his idiosyncratic approach. (And Baumbach has co-written two Anderson films.) But overall, White Noise, is the kind of adaptation that reinforces the idea that the source novel was unfilmable.

Netflix’s commercial prospects for Glass Onion: A Knives Out Mystery were much more likely. After the success of 2019’s Knives Out, the streaming service reportedly made a $400 million dollar deal for two sequels from writer/director Rian Johnson. Glass Onion made $13 million in its brief theatrical release over Thanksgiving week, a move that seemed meant to attract subscribers as much as it did to make money.

The important thing to know about Glass Onion is how funny it is. At a time when studios seem averse to producing mainstream film comedies, Glass Onion affirms the pleasure of seeing A-list actors give broadly clever performances to land solid jokes. The premise has Edward Norton’s tech zillionaire hosting a murder mystery party on a Greek island, inviting his old friends, all popular “influencers” with potential motives to kill him. The suspects include Kate Hudson, Kathryn Hahn and Atlanta’s Janelle Monae.

Also on hand is Blanc, a role that former James Bond Daniel Craig clearly adores: he drawls a line like “Is that a motor-car?” like a Southern gentleman from a chivalrous era that may have never existed. It’s particularly funny how exasperated he gets at cases of brazen stupidity as the film progresses.

One of the charms of the original Knives Out was Ana de Armas’ turn as sympathetic protagonist, whom audience knows to be innocent, even though evidence points in her direction. No spoilers, but Glass Onion tries a different but comparable trick, with less success. The film feels too contrived and strained for its own good, but also leaves you eager for another outing.

Netflix has also debuted a pair of weird, wildly creative stop-motion animated features. Wendell & Wild is only the fifth film from storied director Henry Selick, creator of such animated classics as Coraline and The Nightmare Before Christmas.

Selick teams with Jordan Peele (co-writer of the screenplay) for the story of an orphaned teen girl who contends with the titular pair of bumbling demons (voiced by Peele and Keegan Michael-Key). Selick directs the film like he may never get another shot, presenting so many visual and thematic ideas that the film, while droll and compelling, also feels overstuffed and unstable. The warmth of its relationships, it’s anti-corporate attitude and its neo-punk soundtrack help tie it together.

Guillermo del Toro’s Pinocchio, meanwhile, offers a surprisingly fresh take on a classic that’s been filmed with numbing frequency. Co-directed with Mark Gustafson, this Pinocchio casts the same young actor (Gregory Mann) to voice both the animated puppet and Gepetto’s dead son. The film contemplates mortality more than the Disney versions ever did. When Pinocchio comes to life, he’s an enthusiastic but chaotic presence who alarms the neighbors, outrages Fascist officials (Mussolini himself has a cameo) and eventually figures out how to be a good son.

Stop-motion animation is a time-intensive, expensive form of filmmaking that pays off remarkably in both films, but given Netflix’s cutbacks in animation, you shouldn’t expect the likes of these again. It feels like Wendell & Wild and Pinocchio came in just under the wire.  —CL—

The Thing — Reviled on its 1982 release, John Carpenter’s remake of The Thing From Another World is now recognized as one of the greatest horror films ever made. Kurt Russell leads a stellar cast of character actors at an Antarctic research outpost who realize they’ve been infiltrated by shape-shifting alien. Like The Shining (screening Jan. 13), it’s a great example of “snowy horror.”
7 p.m. Fri., Jan. 6. Plaza Theatre, 1049 Ponce de Leon Ave NE, Atlanta, 30306. plazaatlanta.com

Valley of the Dolls — Wussy Mag presents a 55th anniversary screening of the camp classic about show business and the addiction to pills, or “dolls.” Patty Duke, Barbara Parkins and Sharon Tate (in one of her last roles before her murder) star in the adaptation of Jacqueline Susann’s bestseller.
7 p.m. Thu., Dec. 14. Plaza Theatre, 1049 Ponce de Leon Ave NE, Atlanta, 30306. plazaatlanta.com