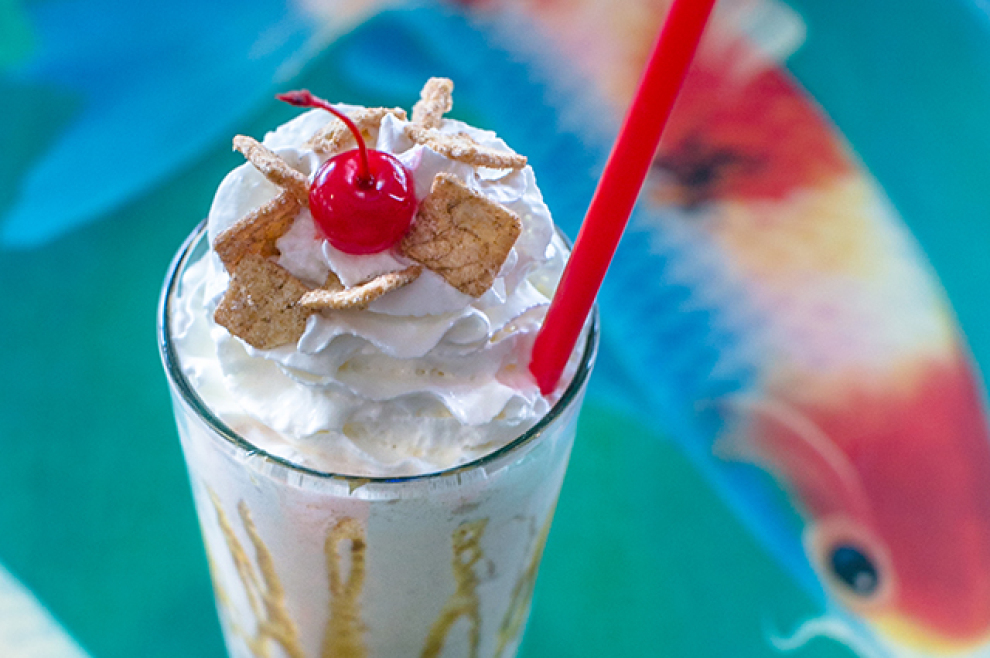 Available at Pallookaville Fine Foods !
In addition to monstrous meats on sticks, Pallookaville has lots of playful beverages to choose from — shaketails, boozecreams, adult custom sodas. The milk shakes, however, are among the city’s best. There are normal flavors including chocolate and strawberry, as well as a few oddballs such as Sriracha. At brunch-time, Pallookaville’s got 10 or so shakes inspired by such breakfasty eats as cheese Danishes or cherry Pop Tarts. The most slurp-worthy is an ode to Cinnamon Toast Crunch cereal: a vanilla ice cream base infused with butterscotch, cinnamon, and a swirl of brown sugar. The whole thing is topped with a pouf of whipped cream and a few of the crunchy cereal squares for good measure. Parents may have to start rethinking that no ice cream for breakfast rule. $6.
Departments