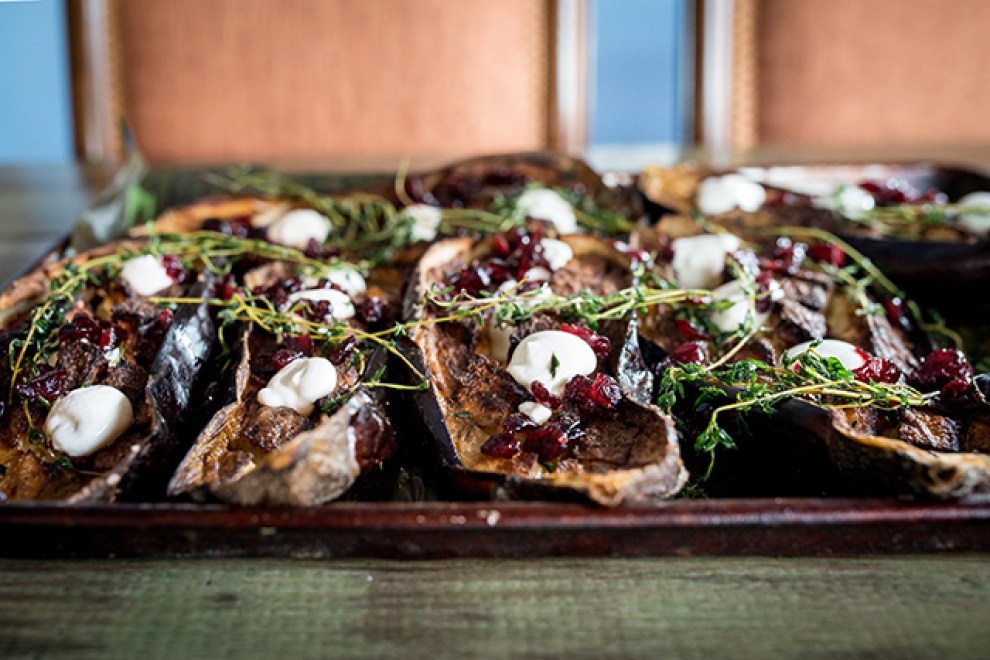 Available at Spice To Table !
Like most things at Spice to Table, Asha Gomez’s Indian Patisserie, the Ottolenghi eggplant kati looks almost too beautiful to eat. A halved eggplant is scored, seasoned with the restaurant’s house blend of garam masala, and baked until it forms a caramelized crust. A dollop of creamy garlic sauce counters the garam masala’s cozy heat, while pomegranate seeds produce a tart pop. Purple, pink, and golden brown, aromatic and comforting, the dish is as easy on the eyes as it is on the taste buds. $11.
Departments