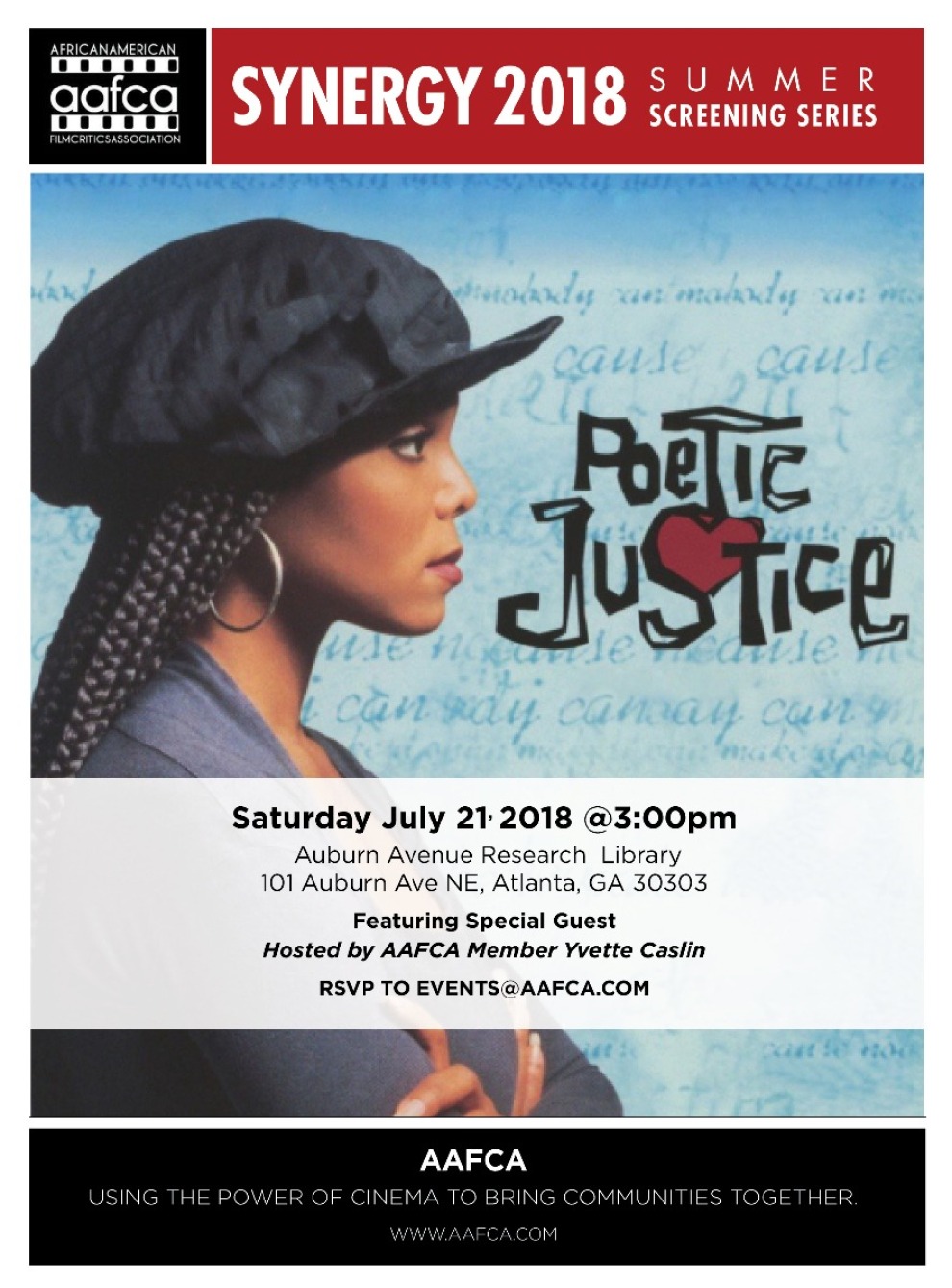 For decades, Black filmmakers have been pushing boundaries in film in both big and small ways. With that in mind, the African American Film Critics Association is launching a summer Screening Series that will focus on films that celebrate the diversity of Black culture and life, as well as the power of imagination and the evolution of Black filmmakers. Our summer showcase of Black Film focuses on anniversary titles that are of critical importance to black film audiences.

This month's film is the classic film by John Singleton 'Poetic Justice', which stars Tupac Shakur and Janet Jackson.

RSVP to Events at AAFCA.com to reserve your seat!