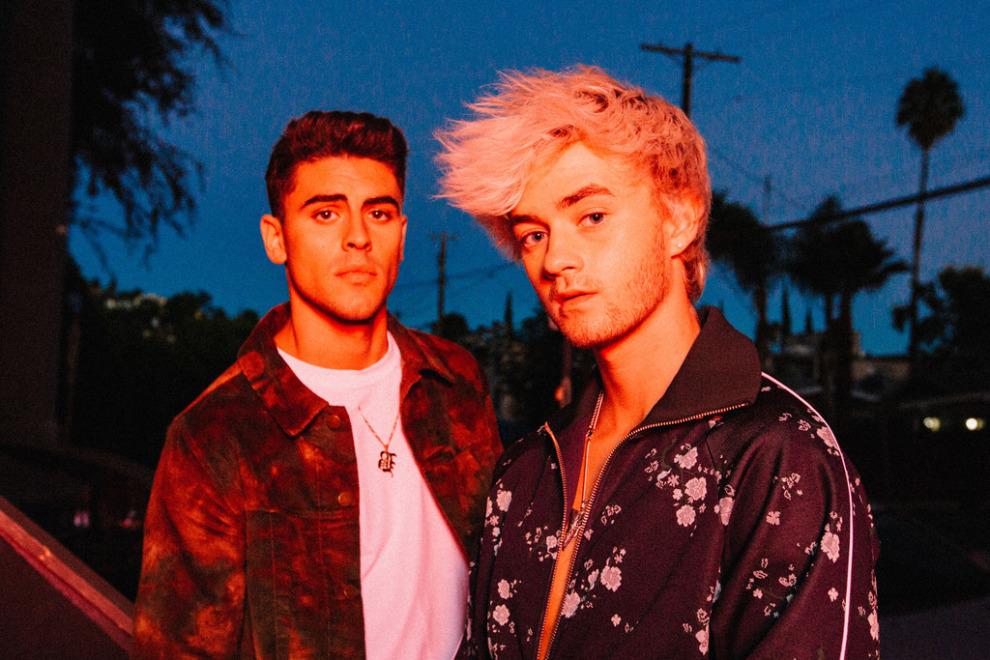 We make the best memories among friends.

The meteoric rise of Jack & Jack hinges on the lifelong friendship of Jack Gilinsky and Jack Johnson. That said, moments of success feel doubly fulfilling for the gold-selling Omaha-born and Los Angeles-based pop duo.

“I’ve never had to go to work alone,” says Gilinsky. “My best friend that I made the first day of kindergarten is the dude that’s next to me every day. We can bounce ideas off each other. No matter what we’re talking about, we’re on the same page. We’re grateful for this friendship. It’s the coolest thing in the world. Sometimes, I’ll be sitting in bed, I’ll look at my own Instagram, and I’ll just trip out at all of the unbelievable things we’ve gotten to do together.”

Even the most casual scroll through social media enables Jack & Jack to relive a series of unforgettable career moments. 2018, for instance, popped off with one milestone memory after another. The group joined Jonas Blue to perform the collaborative single “Rise” in front of 90,000-plus fans at Wembley Stadium as the crossover smash generated half-a-billion total streams in under six months and topped charts around the world, peaking at #1 in the UK. In the aftermath, the guys swapped Spotify chart places with idols Kanye West and Post Malone on the regular. As they released music consistently, the group ignited Top 40 radio with “Beg” and performed the single on The Today Show. In between, they sold out venues everywhere during packed headline tours. Maintaining this forward momentum, the pair quietly assembled what would become their 2019 full-length debut throughout the year.

The process represented a period of intense growth and evolution. After penning the bulk of their early material, the boys began to welcome other collaborators into the process, expanding the sonic palette. Simultaneously, they revisited formative influences, spanning Drake’s Nothing Was The Same, Mac Miller, Rebelution, and Slightly Stoopid. As a result, the music infuses tropical grooves, electronic expanse, and hip-hop attitude into bold and bright pop bangers.

Since their emergence in 2013, Jack & Jack have been pushing towards that next level. A gold single “Like That” [feat. Skate], a pair of chart-busting EPs—Calibraska [2015] and the conceptual Gone [2017]—and sold out headline tours positioned them for a major breakthrough only catalyzed further by the runaway success of “Rise.” Along the way, they attracted 25 million cumulative followers across social media platforms, generated over 190 million YouTube views, and garnered nominations at the Teen Choice Awards and The Streamy’s. Their mainstream breakout was chronicled by Forbes, Billboard, and Huffington Post, to name a few. In addition to sharing the stage with Shawn Mendes, Demi Lovato, and more, they performed at the prestigious BBC Live Lounge and on ABC’s The View. Additionally, they powered highly visible campaigns for brands such as Samsung, Verizon, Dell, Disney, and more.

In the end, Jack & Jack have only just begun to make lasting memories.

“I hope people can listen to the album and connect on a human level,” Johnson leaves off. “We tried to present a song for every mood. It covers the spectrum and showcases our versatility.”

“When you hear this record, I want you to know Jack & Jack are for real, and we’re not going anywhere,” Gilinsky concludes. “It’s a statement for us. We’ve worked so hard to get to this point, and we’re not stopping.”