Sunshine Deva featuring Mark Karan (RatDog, The Other Ones) and Wynne Paris, with gr8FLdüde & frenz 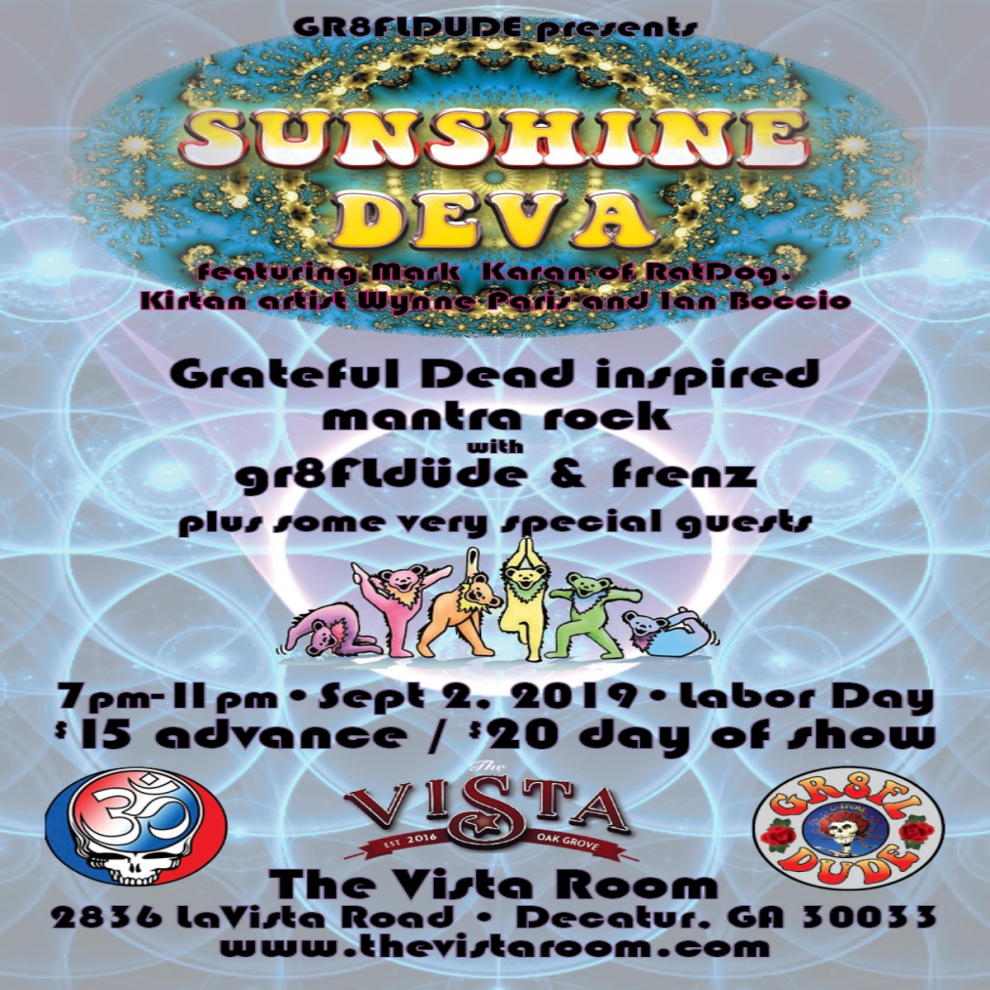 gr8FLdüde & frenz was formed in 2007 and has been performing throughout Georgia and Alabama on a regular basis ever since. Consisting of veteran musicians from the Atlanta jam-band scene, the band has become well-known for performing both on festival stages and "an evening with..." format.

If you enjoy yoga and the Grateful Dead you are likely to enjoy this show. If you are indifferent toward both, you should leave this show feeling better.