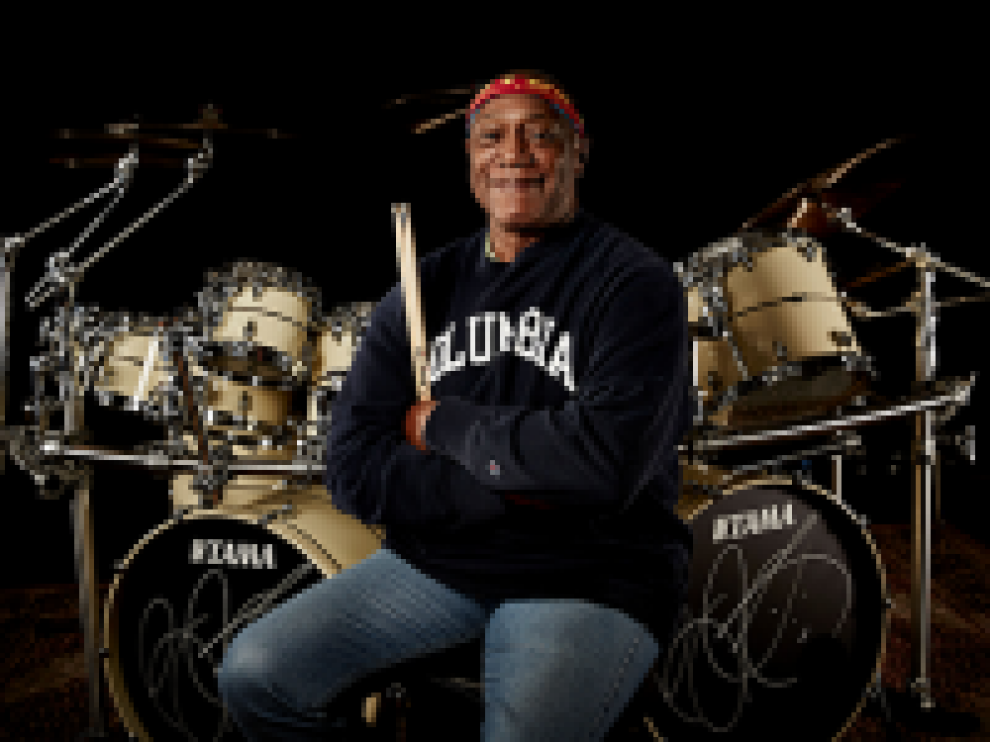 Billy Cobham came to prominence in the late 1960s and early 1970s with trumpeter Miles Davis and then with the Mahavishnu orchestra. According to Allmusic's reviewer, Cobham is "generally acclaimed as fusion's greatest drummer." He was inducted into the modern drummer hall of fame in 1987 and the classic drummer hall of fame in 2013.

Cobham's influence stretched far beyond jazz: prog contemporaries Bill Bruford of King Crimson listened closely to what he was up to, younger drummers like Danny Carey of Tool learned from him, and even Prince played a version of Cobham's "Stratus" in concert. There's maybe no bigger fan that Phill Collins, who has named Mahavishnu's inner mounting flame as a key influence on his early style. "Billy Cobham played some of the finest drumming I've ever heard on that record," he said.

2019 marks Billy Cobham's 75th birthday. "It's been an adventure, these seventy four years that I have been blessed to experience so much in my life" Billy says.

To celebrate his long continous career as well as his birthday, he put together different projects and regions he will focus on in 2019.

The US will feature the Crosswinds Project featuring Randy Brecker.