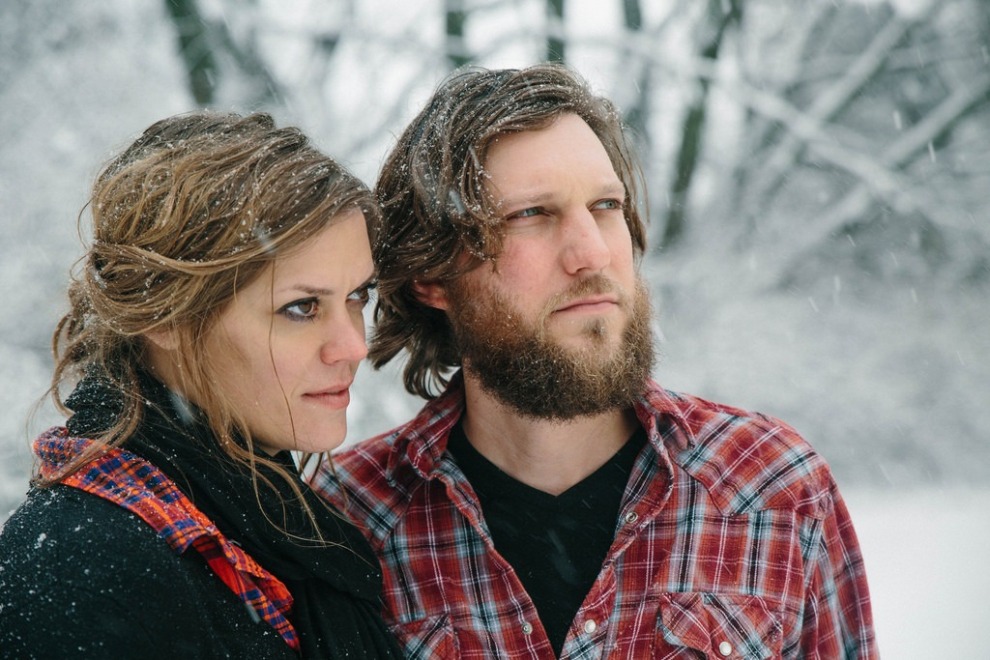 This month: Jefferson Ross and The Rough & Tumble. Southern folk artist Jefferson Ross is a songwriter, singer, guitar slinger and painter, weaving stories for the ears and the eyes. Based in Georgia, Jefferson travels throughout the U.S. and Europe performing his original music and displaying his art at festivals and galleries across the South. For years Jefferson lived in Nashville playing for recording artists and sharing the stage with country music greats such as George Strait, Toby Keith, Reba McEntire and Vince Gill. The Rough & Tumble are a self-described “dumpster-folk, thriftstore-Americana duo” consisting of Mallory Graham and Scott Tyler. They’ve have making themselves at home in living rooms, bars, theaters, and festivals across the country for eight years. They arrange each song with a menagerie of instruments, ranging from acoustic guitars to mailbox snares to a banjulele. Presented by Atlanta Area Friends of Folk Music (AAFFM).