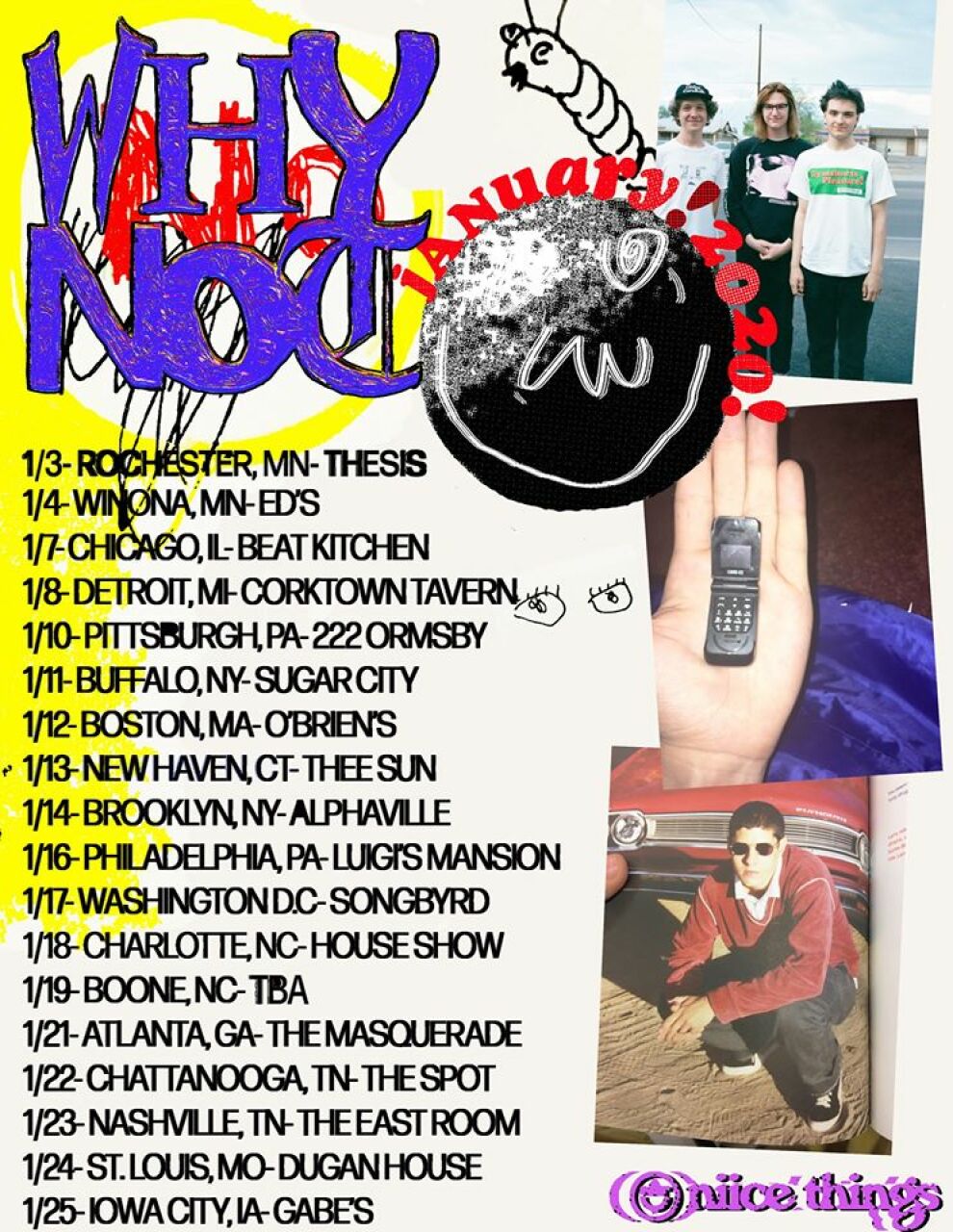 Courtesy of Masquerade
Cost: $10
Why Not is a genre-bending indie rock band from Minneapolis, MN. Formed in 2015, high schoolers Henry, Isaac, and Josh originally planned for the project to become a progressive metal band. The group was quickly influenced by the Twin Cities DIY community, and thus began their experimentation with genre.
More information