The Spirit of Rush + Pink Zeppelin 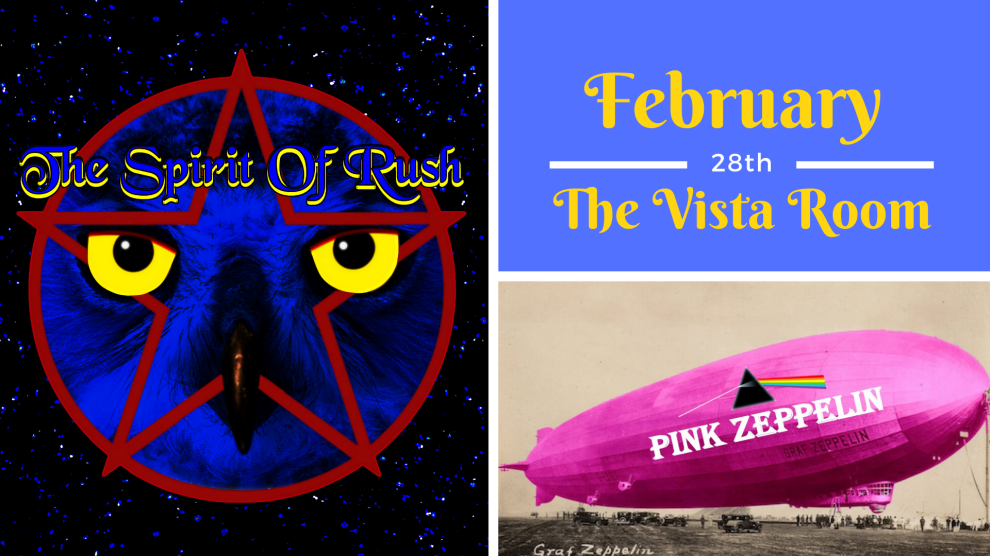 THE SPIRIT OF RUSH is Georgia's premier Rush tribute band, bringing the music of Rush to life with accuracy and passion. Spanning the eras of the prog trio's catalog, TSOR astounds fans of all ages with soaring musicianship and unwavering dedication.

The Spirit of Rush formed in 2013 after playing together at a jam session in Roswell, GA. The crowd went wild and the four members decided they must play together again. The rest is history. The band brings not only the familiar sounds of hit songs like Tom Sawyer and The Spirit of Radio, but also deep tracks for the longtime fans. The Spirit of Rush is made up of four musicians: Vicki Hudson (lead vocals and rhythm guitar), Reese Boyd (lead guitar), Ed Shelton (bass and keyboards), and Casey Shelton (drums). Combined, the members have thousands of hours of professional live performance experience and a devoted following. We keep the spirit of Rush music alive!

PINK ZEPPELIN performs the music of Led Zeppelin and Pink Floyd with a focus on recreating the songs as recorded on their albums. The band performs classics as well as deep tracks, including acoustic and electric stylings. Pink Zeppelin features four of Atlanta's veteran musicians including:

Mark Michelson: Vocals, harmonica and acoustic guitar. Mark has been performing and organizing jams in Atlanta for over a decade. having played his way through UGA in the early 80's, he took a break from performing for 25 years until resurfacing at Lefty Williams' Pink Floyd jam 10 years ago. Since then he has performed in hundreds of shows throughout Atlanta as Mark Michelson & Friends covering a wide variety of classic rock and singer songwriter material.

Reese Boyd: Lead guitar and backup vocals. Reese is a genuine prodigy. A hugely talented multi-instrumentalist, Reese currently plays lead guitar in the Spirit of Rush, The Reese Boyd Project and Chef Boyd RB. Reese has been performing since he was 7 years old and effortlessly plays some toughest songs by Steely Dan, Yes, Rush, Pink Floyd, Led Zeppelin and more.