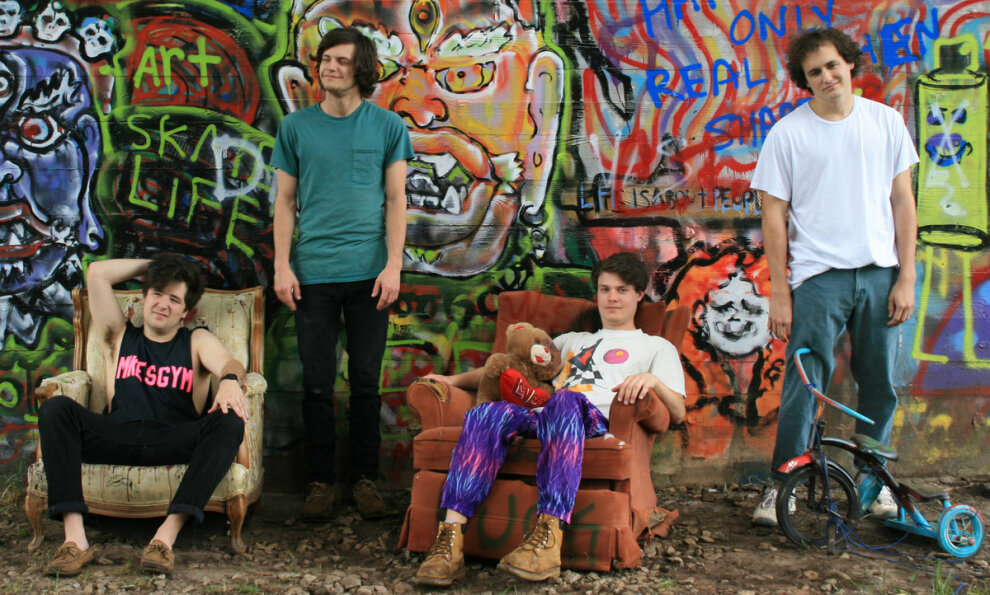 Courtesy of 529
Cost: $10
Wieuca is an Athens, Georgia band that I ran across the old-fashioned way — while letting songs play through on Soundcloud. The song that hooked me — “Polyp” — leans a bit more destroyed dream pop than the new one we’re premiering today, but the Athens, Georgia quartet work mostly within a psych-pop pastiche that incorporates pop, indie rock, and even noise at times. After forming in 2012 in Atlanta, the band has since relocated to Athens, another Georgia city with rich musical history and community that supports aspiring young bands. There’s traces of Olivia Tremor Control’s experimental in their DNA, but they’re just as likely to cite indie slack-rock giants like Pavement or Dinosaur Jr. as inspirations. Frontman Will Ingram is the founding member of the band, which now includes Jack O-Reilly on lead guitar Robert Smith on drums, and Sam Kempe on bass. Today, we’re premiering their latest track, “Enamel,” the lead off track from their forthcoming album Guilt Complex, which will be out later this spring. Building off a slow-burning bassline, the track quickly hits its stride with a catchy pop chorus before veering back into noise rock. Even during the most poignant moments of the song, there’s an undercurrent of playfulness here that’s been largely missing from indie rock for the past couple years. Along with the track’s clearly psychedelic cover art, these elements underscore the band’s lighthearted appeal. Hear “Enamel” above and look for more from Wieuca later in 2017.
More information