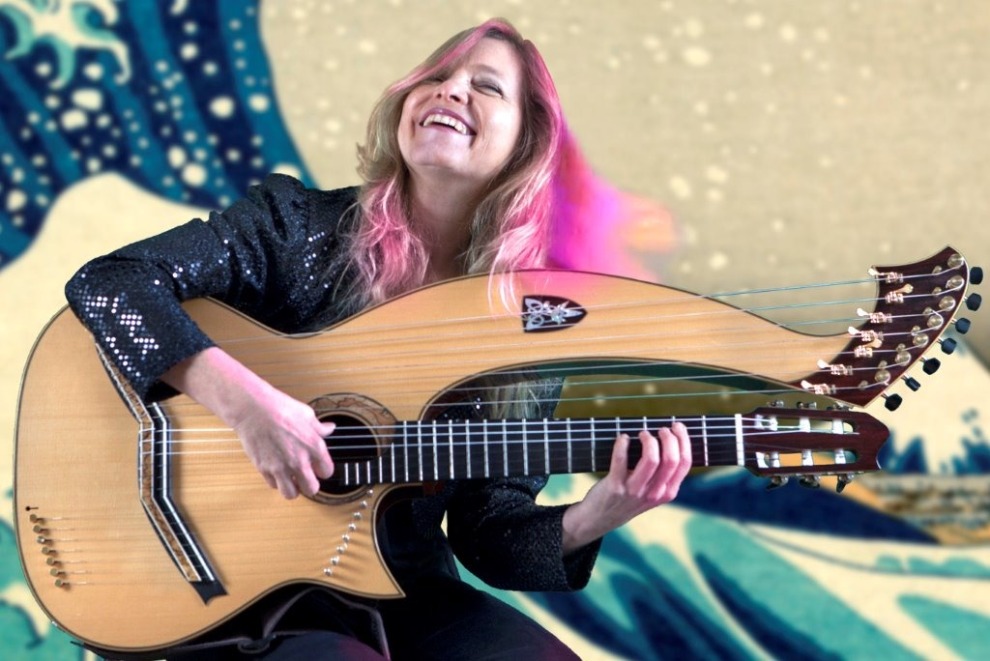 One of the world’s foremost fingerstyle guitarists and harp-guitarists, Muriel Anderson is the first woman to have won the National Fingerstyle Guitar Championship. Muriel's multimedia show, is highlighted by a backdrop of stunning visuals by celebrated photo-artist Bryan Allen. It brings you on a world tour with images and music from around the world and space. Muriel’s new release “Acoustic Chef” is a CD of music from around the world with recipes and stories to go with each tune. Muriel is host of the renowned Muriel Anderson’s ALL STAR GUITAR NIGHT® and founder of the MUSIC FOR LIFE ALLIANCE charity.

Special Guest artist, Jacqueline (Jackie) Pickett has the distinction of being a sought after concert bassist with major symphonies, and a spirited jazz bassist.