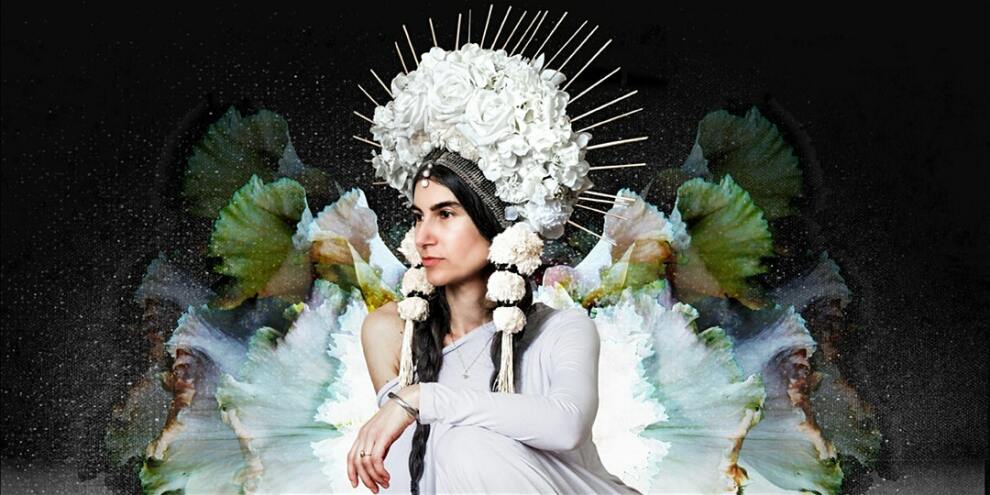 Photo Courtesy: Variety Playhouse
Cost: $30-$52
Neo-Psychedelic World Beat & Ethereal Wave band, SIMRIT, has created waves with packed theaters and concert halls, chart-topping albums, and raving fans world-wide that have powered a palpable musical movement. Transcending genres with their eclectic and eccentric blend of instruments and lineages, the SIMRIT experience is based around its lead singer -songwriter, Simrit Kaur, born in Athens, Greece and adopted by Greek Americans into South Carolina. Filling out the SIMRIT sound and experience is Salif Bamakora on the 21-string west African kora. Shannon Hayden on electric cello (that she runs through a pedal board with wild effects) and guitar, Jared May on bass & Moog synthesizer, and Devon Ashley on drums and other percussion. Their music is known for its hypnotic, deep-pocket groove, haunting beauty,edge, and psychedelic atmosphere. It has been called exotic funk while also being likened to the the epic, cinematic feels of David Lynch and Quinten Tarantino films.
More information