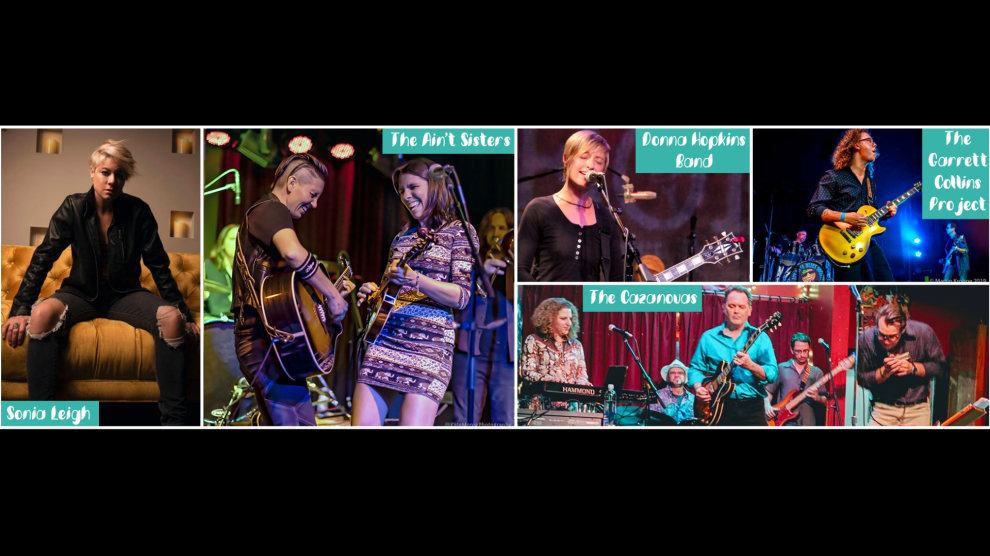 In memory of renowned & beloved Atlanta Blues musician Sean Costello — posthumously inducted into the Georgia Music Hall of Fame in 2014 this is the 12th ann event — The Sean Costello Memorial Fund for Bipolar Research celebrates his birthday each year with a benefit concert featuring his brothers and sisters in music.

This year’s lineup of amazing artists includes Sean’s close friend Sonia Leigh who sings with an underlying blues and folk style, writing authentic lyrics that are often centred on adversity. She performs with an edgy vocal range that has the ability to hush an entire audience, delivering an emotional display that is utterly enthralling. A passionate entertainer who leaves nothing on stage, you can expect a riveting show that spans several musical styles.

Duo Arrie Bozeman and Barb Carbon front The Ain’t Sisters blending tight harmonies and smart lyrics with soulful, booty-shakin' melodies. Dynamic musicians and songwriters, they share an equal propensity for irony, humor, ferocity, and heart-on-sleeve authenticity. With the addition of Justin Boudreau on bass and John Cowin on drums, The Aint Sisters have expanded the sonic experience, earning their place as one of Atlanta's premier original acts.

The Cazanovas have been working together for over 15 years developing their own signature sound and style. Pulling from musical influences and real life experience, the Cazanovas keep pushing forward with their own brand of original blues music.

Donna Hopkins is a consummate seasoned performer as much at home in an intimate listening venue as she is on a giant festival stage. Donna performs both solo and accompanied by the perfectly seasoned group of musicians who make up the Donna Hopkins Band.

The Garrett Collins Project is a funky blues-based rock power trio. Front man Garrett Collins is a young gun guitar player and vocalist, while bass player Dennis Stevenson and drummer Justin Raffield are like a freight train chasing Garrett down the whole show, pushing themselves to a new level every night!

The Sean Costello Memorial Fund for Bipolar Research is uniquely focused on the needs of the creative community with bipolar disorder. The fund has a threefold mission: Research, Advocacy, and Stigma Reduction.