Jon Meacham, His Truth Is Marching On 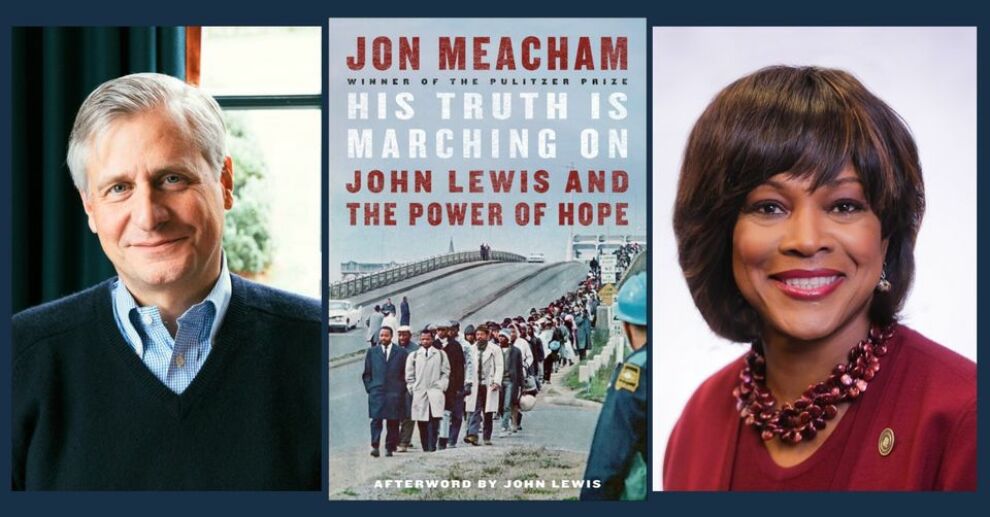 JON MEACHAM, His Truth Is Marching On: John Lewis and the Power of Hope


Jon Meacham, Pulitzer Prize-winning author of The Soul of America, brings us an intimate and revealing portrait of civil rights icon and longtime U.S. congressman John Lewis, linking his life to the painful quest for justice in America from the 1950s to the present.


John Lewis, who at age twenty-five marched in Selma, Alabama, and was beaten on the Edmund Pettus Bridge, was a visionary and a man of faith. Drawing on decades of wide-ranging interviews with Lewis, Jon Meacham writes of how this great-grandson of a slave and son of an Alabama tenant farmer was inspired by the Bible and his teachers in nonviolence, Reverend James Lawson and Martin Luther King, Jr., to put his life on the line in the service of what Abraham Lincoln called “the better angels of our nature.” Meacham calls Lewis “as important to the founding of a modern and multiethnic twentieth- and twenty-first-century America as Thomas Jefferson and James Madison and Samuel Adams were to the initial creation of the Republic itself in the eighteenth century.”