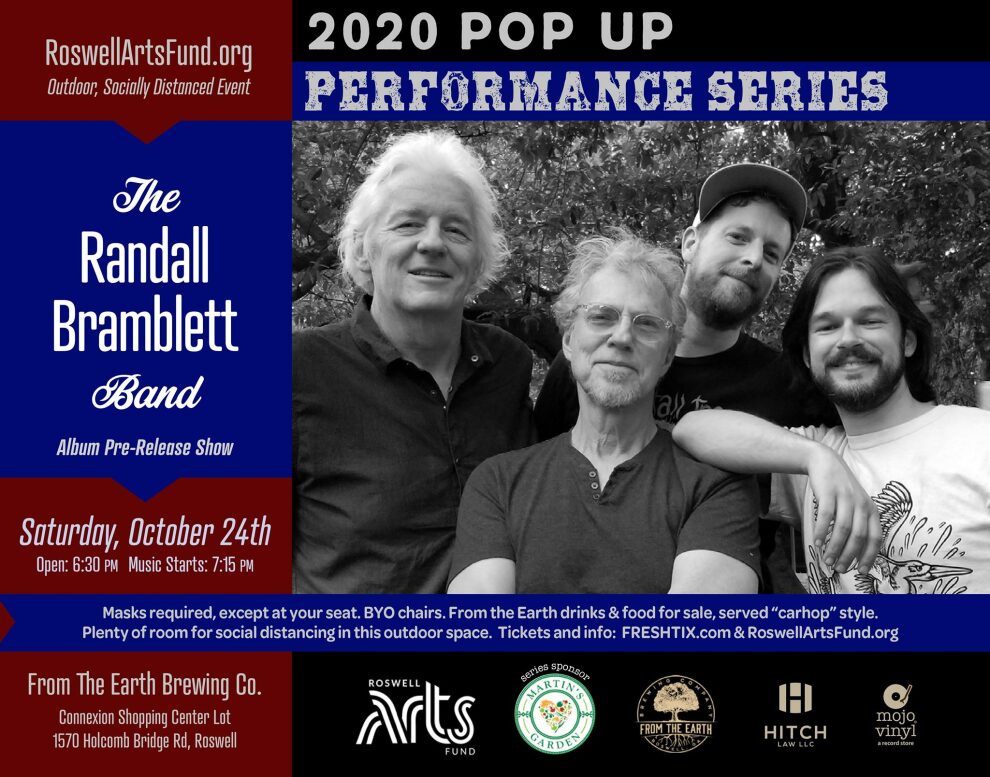 RAF is proud to present esteemed singer-songwriter Randall Bramblett, a multi-instrumentalist musician with a career spanning four decades, and The Randall Bramblett Band. Highly sought-after for his creativity as both a collaborator and skilled touring sideman, the legendary Georgian’s talent has earned him the respect of his peers and many of rock’s finest luminaries.

The first single from Randall's forthcoming album Pine Needle Fire, I've Got Faith in You, was released on September 14.

Sponsors for the 2020 Pop-Up Performance Series include our Series Presenting Sponsor Martin’s Garden at Coleman Farm, joined by From the Earth Brewing Company, Mojo Vinyl Records, and Hitch Law, LLC.