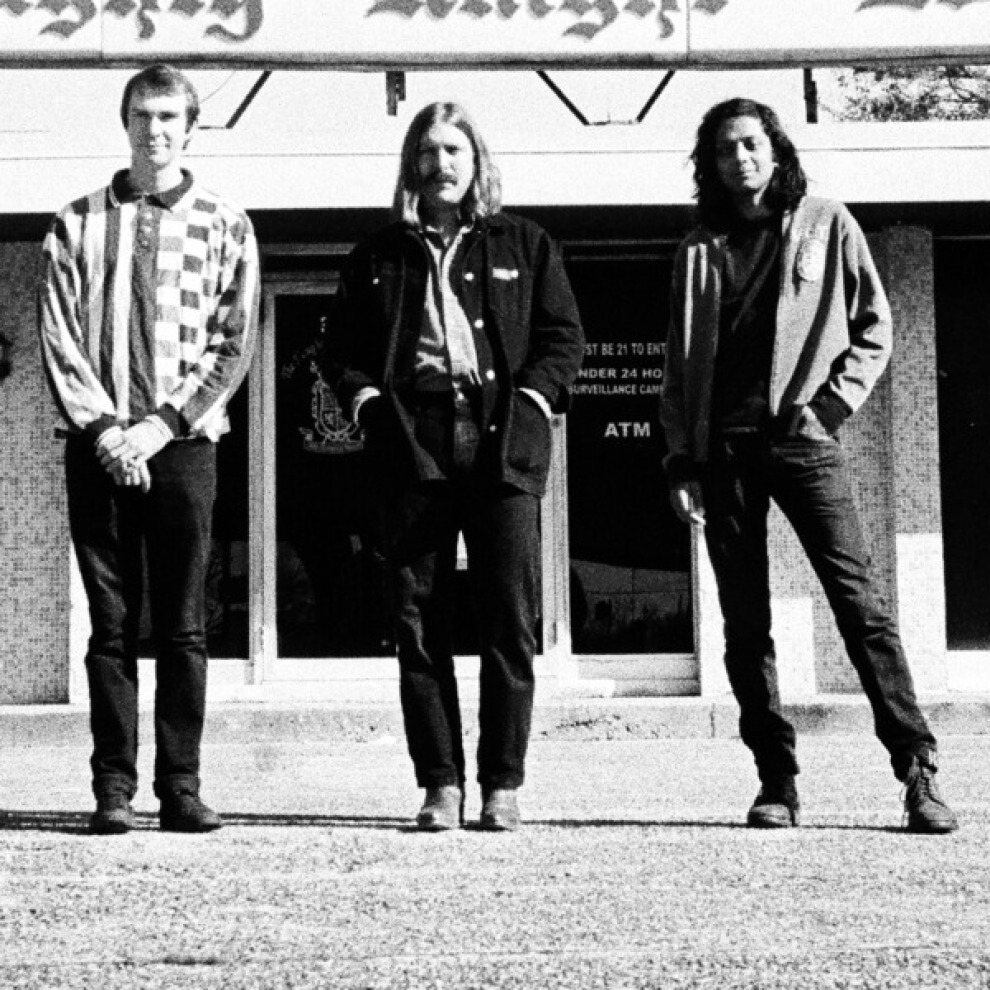 In the midst of the thick New Orleans summer of 2017, Chris Lyons of garage punks Bottomfeeders found himself sitting on a small batch of songs that didn’t quite fit the fuzzed-out pileups of that band. The new songs were more chiming, driving but relaxed, full of little corners begging to be filled with classic pop harmonies and wayward country licks. He called in his trusted confidants: Bottomfeeders drummer and longtime musical partner Lucas Bogner—the two started playing music together at the tender age of 15—plus Kunal Prakash (Jeff the Brotherhood) dug the songs and signed on, and the band started playing in earnest, hunkering down in the practice space. By the time the band played its first gig in late 2018 at the opening of Nola’s ManRay Records, the songs had multiplied and the members of the newly christened Silver Synthetic had become genuine rock & roll craftsmen. In a world that doesn’t seem capable of swaying, Silver Synthetic’s self-titled debut shakes and boogies. It makes sense that the band’s first gig was in a record shop ‘cause folks, this is record nerd-core in a major way, evocative of the LP’s first golden era, as the late sixties oozed into the strange 1970s, with the requisite T-Rex stomps, Britfolk twists and turns, and dueling Verlaine/Lloyd guitars. It’s about warmth, and you can practically smell the gently glowing amp tubes on “In the Beginning,” which wafts along on a gust borrowed from Lou Reed’s beatific Coney Island Baby breeziness. With “Chasm Killer,” the boys lean into jammy heartland rock, almost approaching Silver Bullet Band territory at one point! Even when the band kicks into charging lean rock-n-roller, like on the Kinksy “Around the Bend,” there’s a laid-backness that allows more room for the spirit. “We’ve all been in punk bands and to a certain extent it felt like the most punk thing to do was to chill out a bit and work up a bunch of hooky, danceable rock-n-roll music with lots of guitar solos and vocal harmonies—you know, real punk shit,” Prakash says. While many of their peers would be lost without their daisy-chained and tangled pedal-boards, there’s a refreshing directness here, unassuming but confident, the result of a band deliberately not fussing too much over the thing, maintaining a connection to the feeling of hearing a well balanced two-guitar/bass/drums combo at a house show. Right up close, the smell of a domestic knocked over on a carpet wafting, the cheap PA redeemed by the purity of the moment. And it kinda was a house show. The album was recorded with Ross Farbe of Video Age, who lugged his mobile rig over to Lyons’ place in the Gentilly neighborhood of New Orleans. With the band set up in the living room (and the spare room converted into a makeshift isolation booth), the crew got down to business, striving to adhere to the live, honest approach. Minimal overdubs, dialed in tone, a good vibe. When it came time to take a break, there was no studio manager around to object or keep the clock running, so the band could hit pause to make a good lunch, talk about the songs, and play with Prakash’s schnauzer mix Shakey. The relaxed nature of the sessions lead to nuanced approaches. “It seems really simple and obvious but once you trim the fat in all those kinds of moments the songs really come into sharper focus,” Prakash says. “There’s definitely fuzzy, fried bits—but only where they need to be.” You could call Silver Synthetic rock & roll formalists, but the truth is they’re more like minimalists, stripping away tired clutter and unnecessary bloat and just zooming in on the essential.
More information