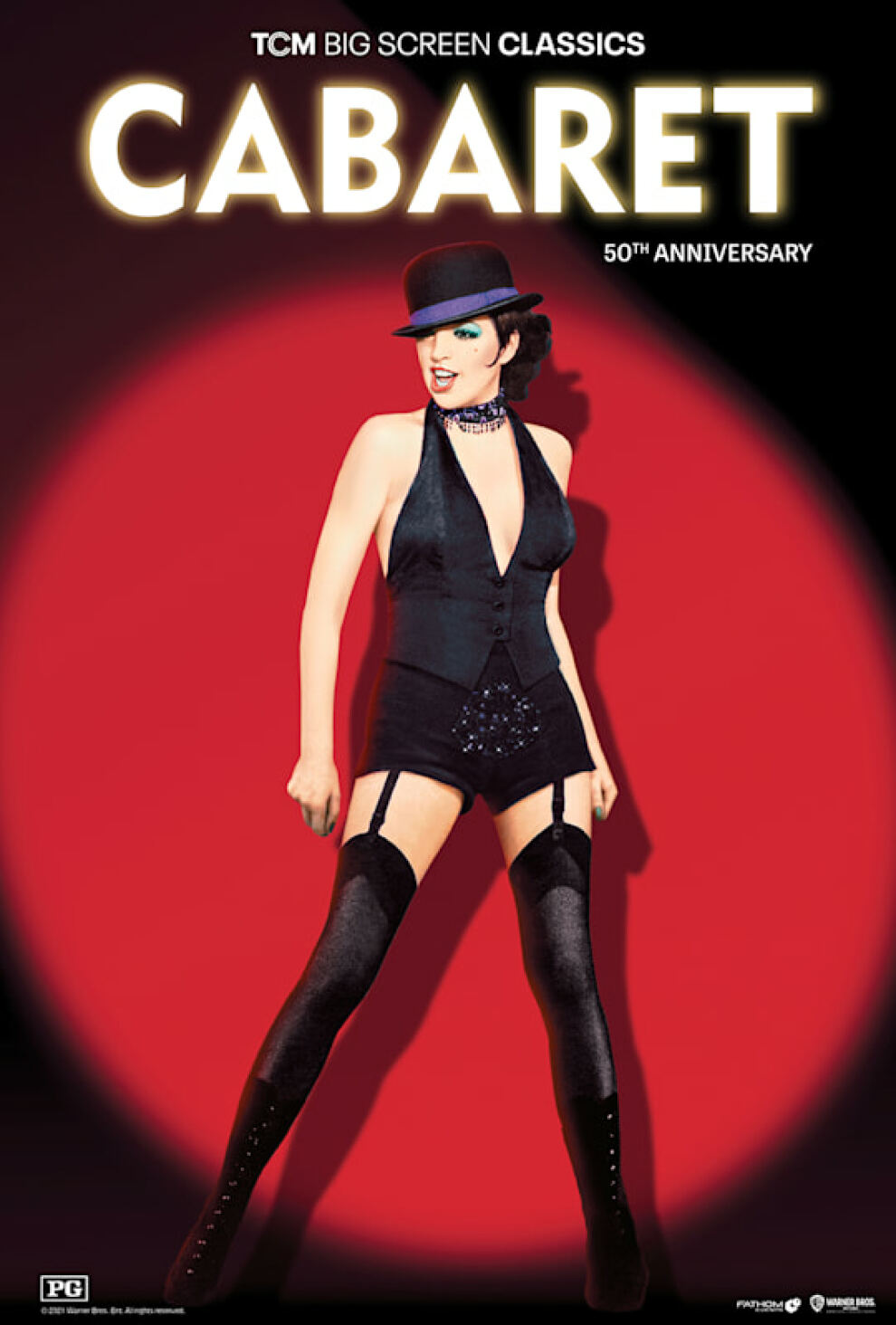 Warner Bros.
Celebrate this classic movie as it turns 50
Cost: $15+,

CL RECOMMENDS
CL Critic Curt Holman Recommends: The singers and other regulars at a Berlin cabaret perform musical numbers and have relationship dramas as the Nazism of the early 1930s rises around them. Winner of eight Academy Awards, including Best Actress for Liza Minelli and Best Director for Bob Fosse, this is one of the greatest musicals of all time, with themes that now, unfortunately, seem more relevant than ever. TCM’s monthly “Big Screen Classics” events, screened monthly in cinemas around the city (and the nation) celebrates the film’s 50th anniversary. — CH

Berlin, 1931. As Nazism rises in Germany, flamboyant American Sally Bowles (Liza Minnelli) sings in a decadent nightclub and falls in love with a British language teacher (Michael York) — whom she shares with a homosexual German baron. But Sally's small, carefree, tolerant and fragile cabaret world is about to be crushed under the boot of the Nazis as Berlin becomes a trap from which Sally's German friends will not escape in this ground-breaking, blockbuster film version of the Broadway musical Cabaret.
More information