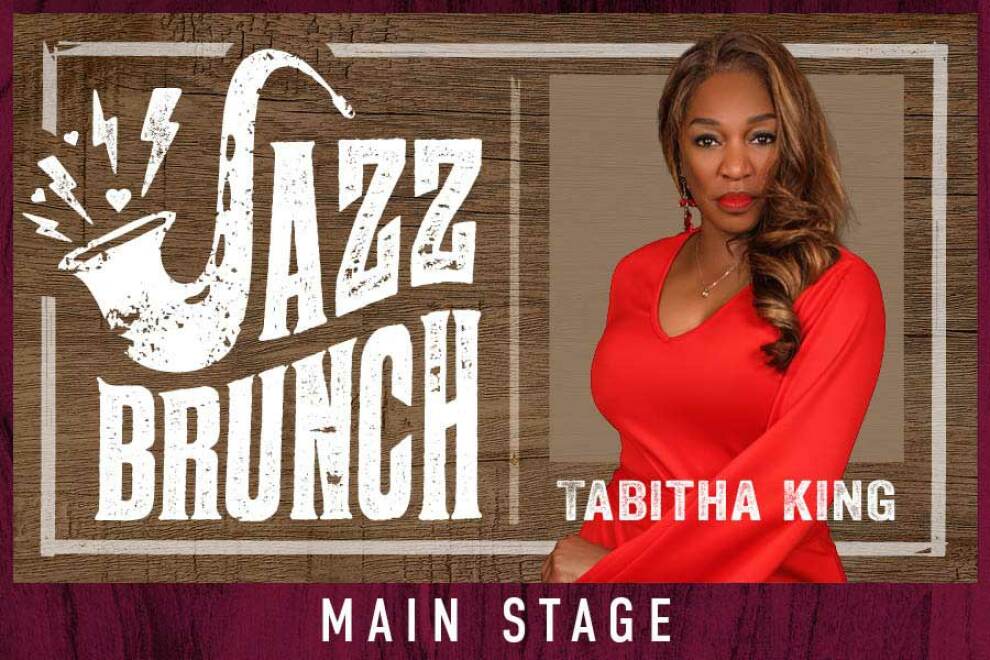 Tabitha King is a native from Charlotte, North Carolina but currently resides in Atlanta, Georgia. With a host of accomplishments behind her, she continues to add to the list. Tabitha just returned from touring in Belarus and Moscow with sold out concerts in both countries. Ms. King has traveled extensively over the last several years performing in China, Thailand, Spain, Russia, Belarus, Vietnam and Japan. Also, she is known for her role as â€œStarr Millerâ€ in the hit stage play â€œBeauty Shopâ€ featuring Mr. Johnny Gill and well known comedian Willie Brown and Woody, written and produced by renowned playwright Shelley Garrett. Tabitha King as performed with such greats as Keith Washington, Outkast, Goodie Mob, Regina Belle, Ann Nesby, Boys II Men, Ollie Woodson, The Whispers, Keith Sweat, Gladys Knight, and a host of well-known artists. Whether itâ€™s performing the National Anthem at several NBA games to non-profit organization appearances, everyone receives the heart felt delivery of all selections given by Ms. Tabitha King. She is widely known for her renditions from Whitney Houston, Adele, Mariah Carey, Alicia Keys and other famous requests when traveling abroad.

Ms. King was the opening act for Maze featuring Frankie Beverly from 2008 until 201 and as performed at venues such as the Atlanta Civic Center, The Hilton Las Vegas and the Taj Mahal in Atlantic City. Her most recent accomplishment is becoming a member of the longest running trio female group, The Three Degrees as of January, 2022 until present.

Ms. Kingâ€™s single entitled â€œUnconditionallyâ€, was released this year and has already hit the R&B charts. Tabitha Kingâ€™s vocal talents are constantly requested throughout the United States as well as internationally.