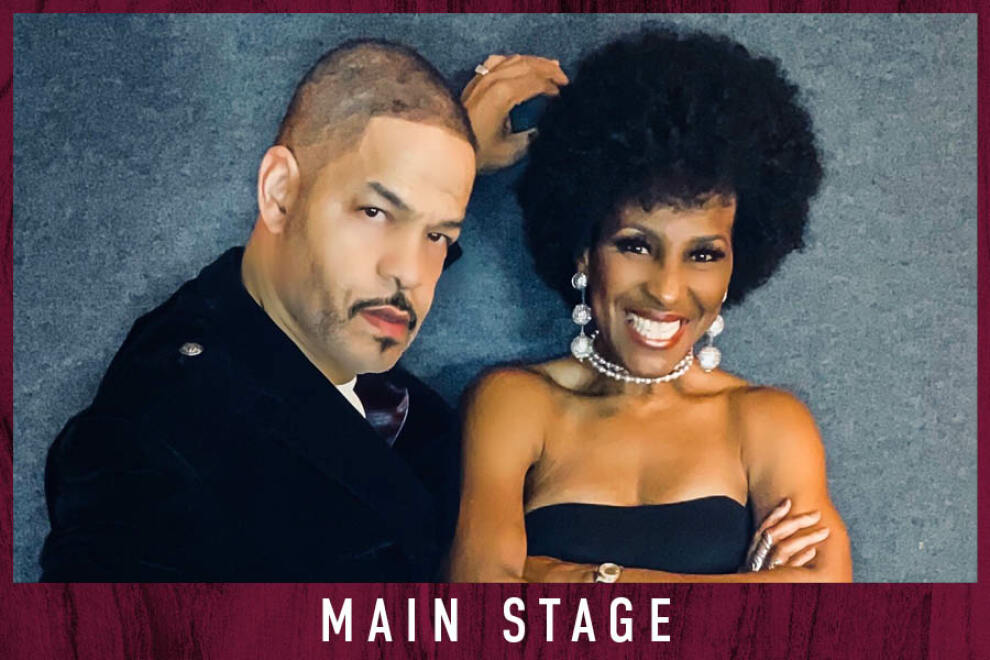 ABOUT THE SHOW
Regina Troupe is a singer, songwriter, and producer and the owner of Cowhead Music Company LLC. She has expertise in Composition/Arranging/Music Direction, Corporate Entertainment Relations, Music Licensing, Production, Publishing, Songwriting, and Touring/Festivals.

A Louisville native who grew up in a household with musical parents, Regina moved to Atlanta to pursue her passion. She started with creating jingles for companies such as Coca-Cola and Kroger and quickly transitioned to touring as a background vocalist for artists such as Peabo Bryson, Celine Dion, and Patti Austin (plus many more). Regina wrote and produced two albums, Lover 4 Life and Love Potion. She also wrote and produced on the critically acclaimed Unconditional Love album by Peabo Bryson, which was nominated for a Grammy. She is currently working on her next project!

Leonard Julien, III is a true rhythm and blues, soul singer. A native of Donaldsonville, Louisiana, Leonard comes from an extremely musical family where his mother is a singer, and his father plays the saxophone and sings as well.

As a vocalist, Leonard has been the featured opening act for the likes of Stevie Wonder, Ann Nesby, Howard Hewitt, Johnny Adams, Denise LaSalle, Tyrone Davis, Jeffrey Osborne, B.B. King, and Ray, Goodman & Brown, MC Hammer, Najee, Kem, just to name a few. He has also appeared on Jay Leno, The Dave Chappell Show, and the Wayne Brady Show as a saxophonist and recorded the Outkast hit, â€œI like the Way You Move.â€

His debut CD, "Reflections of Soul," triumphed at #1 on European charts for 8 straight. Leonard was also recruited, to sing the voiceover of David Ruffin in the NBC mini-series, â€œThe Temptations.â€

Whether it is crooning or blowing the horn, Leonard does them both extremely well! His live shows have left his fans wanting more!