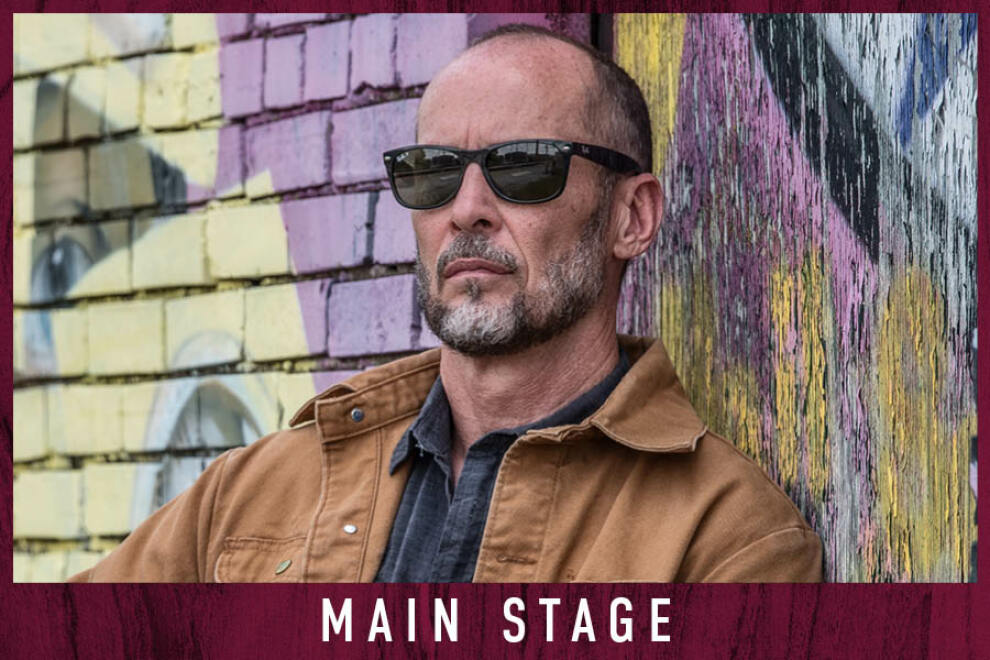 ABOUT THE SHOW
Some years ago I happened to see Paul Thorn performing on an outdoor stage at a street festival in the heart of a small Mississippi town. Suddenly, in mid song, Thorn stopped playing and looked down at the upturned, sugar-splattered face of a fan on the front row. "I sure would like me a funnel cake,"? Thorn announced. The crowd exploded with laughter. By the end of the next song, someone in the audience had responded, and soon Thorn was happily munching on the doughy confection.

And that, dear people, is one more shining example of how Paul Thorn is able to breathe in the air around him, everyday and commonplace, and exhale something original and often side-splitting funny. It's a kind of genius, and it's there plain to see, in his music, his art and through his performances, which not only showcase his chops as a singer-songwriter, but as a pitch-perfect improv comic.

His audiences love it. And they come back for more because no two Paul Thorn performances are alike. For further confirmation of this, check out Thorn's YouTube videos, though I warn you. You will find yourself a long time in this rabbit hole.
We live in a world where the terms "artist"? and "genius"? have been rendered meaningless through overuse. To use either in describing Thorn, though, is not overreach. Pick up any of his dozen or so CDs. The evidence is plain to see. Just listen.

The scenery of Thorn's rural South is changing. The trailer parks, gravel roads around Tupelo and high school beauty queens flicker in the rear-view mirror. Two years ago, Thorn returned to his early gospel roots with the release of "Don't Let the Devil Ride."?
In contrast with earlier work that riffed on short-term love affairs, as well as "kissing the right one good-bye,"? the writing on Thorn's latest release, "Never Too Late To Call"? features music from a man who is with the "right one"? and is happy to be there.