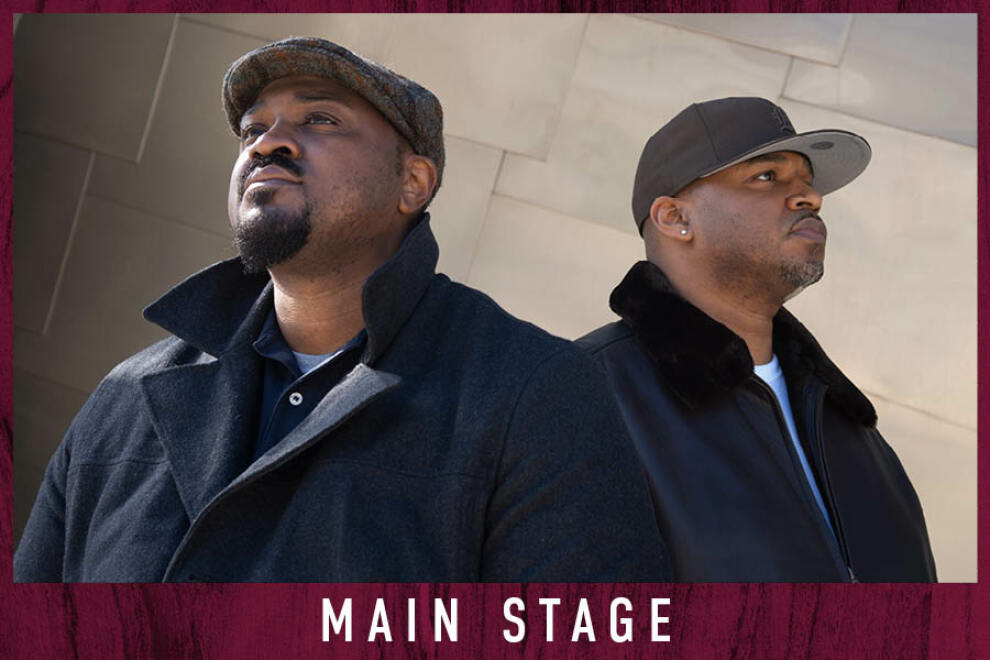 ABOUT THE SHOW
City Winery Atlanta presents R&B artists, musician-producers and sampling kings Zo! And Tall Black Guy live in concert on Saturday July 2 at 8 PM. Established as hip hop and R&B producers and instrumentalists with long lists of admirers and collaborators, these two Detroit natives joined forces for a new album that puts their sampling, layering and beat-making skills on full display.

When it comes to innovative R&B, you can't go wrong with Zo! and Tall Black Guy and their next-level creations that invoke the genre's classic sound while pushing it forward. So what happens when these two guys collaborate? You get a progressive joint album like "Abstractions."?

The set showcases the undeniable chemistry between the musicians while inviting a whole host of their friends -? Phonte, BeMyFiasco, Sy Smith, Omar, Darien Brockington, Muhsinah and many more -? to play alongside them. This means the fellas have all the talent they need to create music as beautiful as the artwork by Rachel Stewart that graces the cover.

Lead singles "Talkin' To Myself" and "Hold My Hand" already gave listeners the tone for the project, with the majority keeping things laid-back and mid-tempo. They further explore this when they get into tracks like "The Ride," which features Sy alongside Black Milk and Elzhi whose rhymes pay tribute to Detroit with style.

Things heat up a bit more when Omar joins the fray on "I Love The Way." The duo matches the sensuality of his rich baritone with a smoldering bass-and-guitar led groove and percolating drums that make it feel steamy without veering into explicit territory. By the time we get to the Josh Milan-featuring "Connected," the fellas are ready to party.

They mix a bit of down-tempo house into the mix while rounding out the groove with keys, warm synth flourishes and an elastic bass line that will have you running to hit repeat as soon as the final notes play.