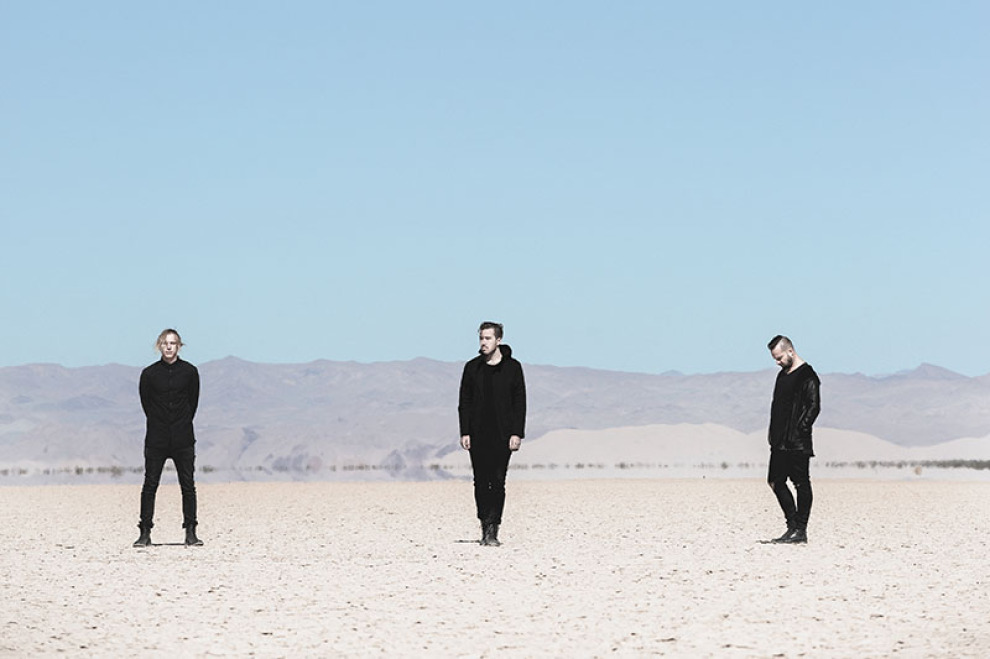 RÃœFÃœS DU SOL have emerged as one of the world's preeminent live electronic acts. The Australian three-piece, comprised of members Tyrone Lindqvist, Jon George and James Hunt, have released two platinum-certified albums, ATLAS and Bloom, with their newly unveiled third album Solace ushering in a new chapter for the trio.

Solace finds RÃœFÃœS DU SOL charting new territory, exploring deeper sub-genres and more potent lyricism for an entirely new side to the group. "It's about finding a sense of hope in a darker time," the trio says. The album was born out of a particularly poignant period for the band and thus tackles heavier themes such as the pain of loss and the persistence of memory."We've been through a big process," the group says. "Almost a year and a half of our lives. We put all our hearts into making this record." The result is an album that is as sonically rich as it is emotionally intelligent. Further inspired by the stark desert landscapes of California, as well as the experimental work of artists like David August and Jon Hopkins, Solace is unequivocally the group's most sophisticated work to date. Solace arrives on the back of a rigorous two-year world tour, which saw the band perform everywhere from legendary California festival Coachella, to Serbia's EXIT. The tour paved the way for RÃœFÃœS DU SOL's official move to Los Angeles, with the trio setting up shop in the infamous melting pot of Venice Beach. It is here, inside of a now legendary house on Rose Avenue, where Solace was born.

Accompanying the album, the trio have created a brand new live show which will push their on-stage abilities to new levels. With an emphasis on jamming and live improvisation, the trio will bring the magical spontaneity of their studio process to the stage in unprecedented format. Bringing a host of new analog gear into the fold, as well as a revamped visual setup, the new live show will allow for each RÃœFÃœS DU SOL performance to be sonically distinct. On top of this, the group have officially launched their own record label, Rose Avenue, serving as a tribute to their Venice home and the friends they shared it with. The new imprint will act as a platform to develop emerging talent, as well as provide a larger structure for the ever-growing RÃœFÃœS DU SOL family. The first signing to the label is Cassian: a fellow Sydney transplant and one of the more talented house producers to emerge in recent time. With a new album, new record label, and bold new live show, RÃœFÃœS DU SOL have laid the groundwork for what will easily be their most groundbreaking year yet.