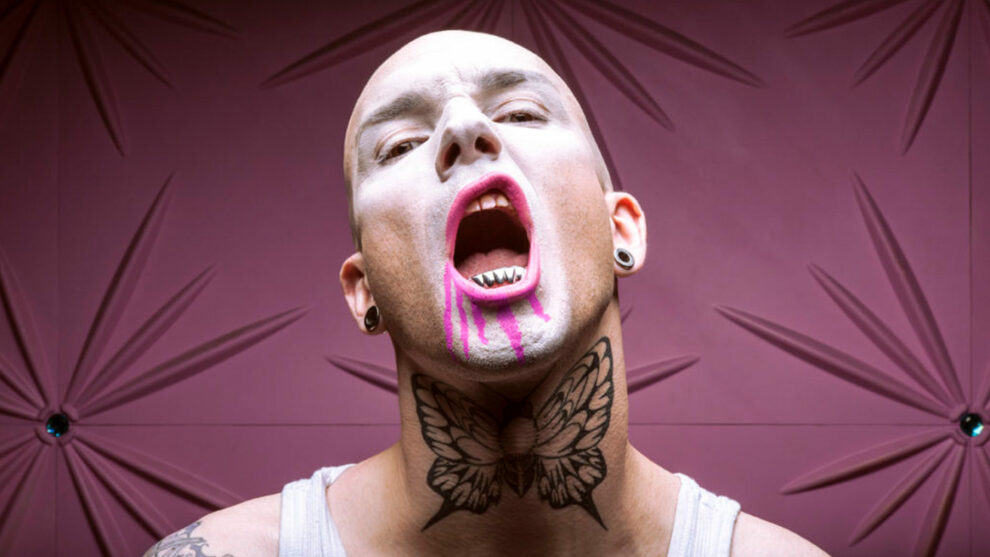 Bio
Aesthetic Perfection is a 100% independent industrial pop project made up of Los Angeles-born, Austrian-based producer Daniel Graves and New York based drummer Joe Letz. Over a career spanning 20 years, six full-length albums, and numerous singles and music videos, Graves and crew have reinvented dark electro, combining industrial, pop, goth, and everything in between.
Despite flying under the radar of mainstream audiences for decades, Aesthetic Perfection are no strangers to the music world; the band has clocked countless sold out dates on headlining tours across both Europe and North America. Their success on smaller stages prepared them for their most recent adventure: supporting Till Lindemann (Rammstein) on his debut tour for his Lindemann side project.
Adding that to their growing list of accolades, such as collaborating with the likes of Richard Z. Kruspe (Rammstein), Jinxx (Black Veil Brides), Celldweller, Nikki Misery (New Year’s Day), Sebastian Svalland (Pain / Lindemann) as well as featuring tracks on Netflix original programming and the Underworld: Awakening soundtrack, Aesthetic Perfection continue to poise themselves as a force to be reckoned with. With their most recent full-length album, Into the Black, under their belt, the band is ready to take the next step and spread the gospel of Industrial Pop to an ever-widening audience—with full rein of their creative output.
“Into the Black is a tour de force, a passionate heart navigating all the coruscating tension of 22nd-century technology.” – Alternative Press
“Into the Black is the most mature Aesthetic Perfection album to date. Dark and gritty, yet undeniably catchy and melodic, Into the Black builds upon the band’s past while solidly keeping its eyes focused on the future. From the haunting electronic melodies of “Supernatural” to the twangy guitars of “Echoes”, from the punch-to-the-gut beat of “No Boys Allowed” to the soaring highs of “Mourning Doves,” Graves takes the transgressive art form known as industrial pop to the next level.” – Uncivil Revolt
The instability of the music business in the wake of the Coronavirus pandemic led to the launch of the “12 Singles in 12 Months” project which will unveil the final installment “Lonesome Ghosts” on December 3rd.