Photo credit: CL File/Chad Radford and Joeff Davis
AMID THE RUBBLE: "We have a lot of cleaning up to do ..." Bill Kelliher (left); a look at the exterior of the building that will soon be Ember City.
By Chad Radford Thursday June 16, 2016 04:00 am EDT

In a city teeming with new loft-condo high-rises, rent hikes, and intown development bulldozing Atlanta's cultural institutions at an alarming rate, many artists and musicians have nowhere left to go but outward.

In February, Mastodon guitarist Bill Kelliher announced the group would help facilitate a westward expansion. Kelliher spearheaded the purchase of a building in the Capitol View neighborhood that he's converting into a practice space and rehearsal facility for local musicians. The name, Ember City, comes from the title of a song on Mastodon's 2014 LP Once More 'Round the Sun.

The building will house 11 practice spaces of varying size, including one larger room where Mastodon will rehearse. Planning and construction are still underway for the one and one-third acres property, a plot of land that borders Oakland City, Adair Park, Sylvan Hills, and Capitol View, and which sits adjacent to the Atlanta Beltline's Westside Trail.

A practice space shortage in the city became something of a crisis after both Thunderbox and Avatar Studios closed in 2015.

"There's such an opportunity here, and there's a lot of need for it," Kelliher says. "I'm sure I'm not the only person who's thinking about this, so I'm willing to bet we will see more places like this coming up in the future. But I want to make mine a little more special. Mastodon's name will be attached to it, which is a really cool thing. We draw a lot of water in this town, I guess. So for whatever that's worth, I like to use that to interact with people — musicians." 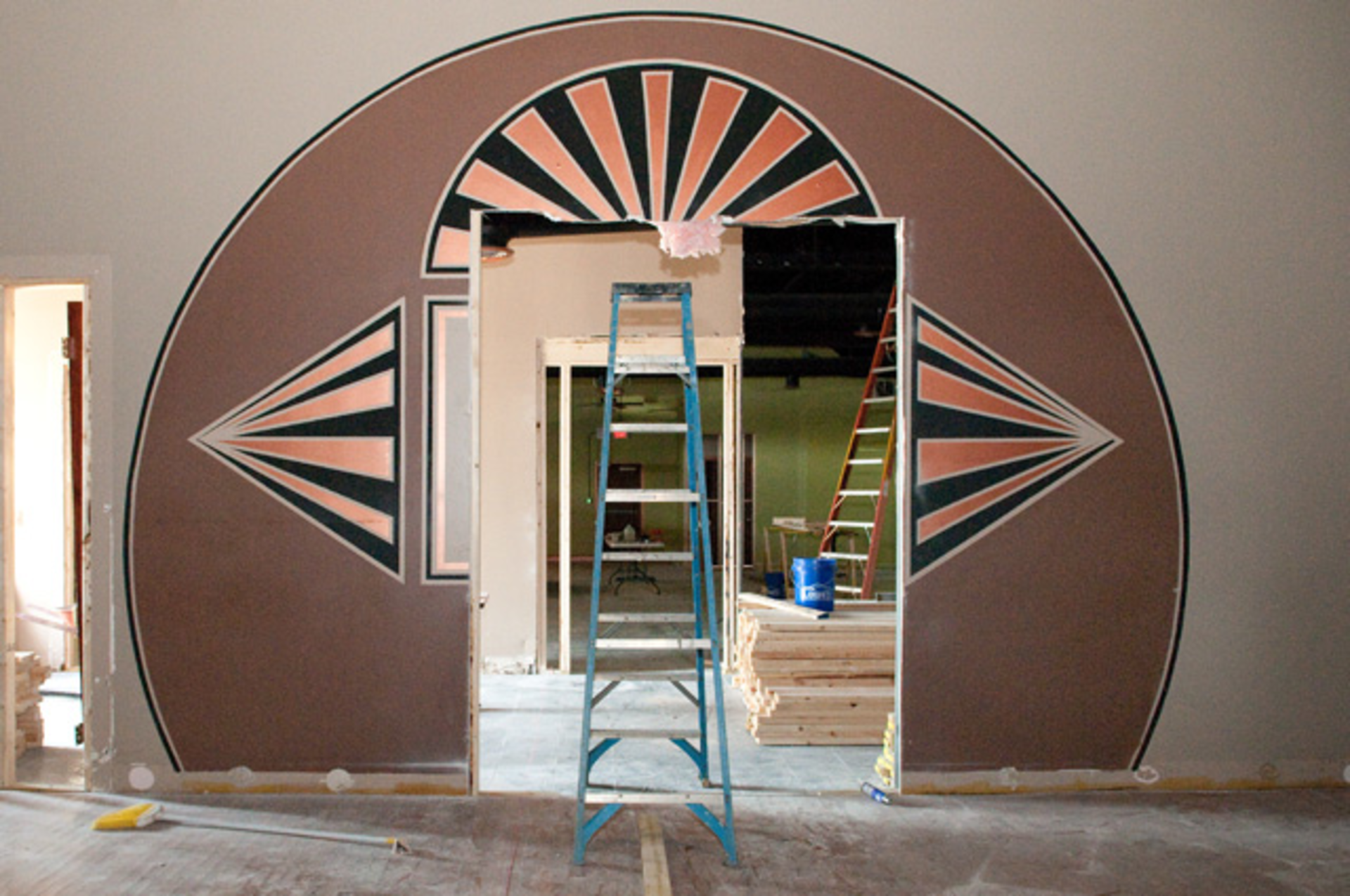 SIGNS OF LIFE: A mural on the wall inside Ember City offers a glimpse at what will be the new practice facility's inner motif. Photo by Joeff Davis.


The building that Ember City is moving into formerly housed the Othello Event Hall for weddings and receptions at 1170 Sylvan Road. Rumor has it the basement was also a low-key party spot for a motorcycle gang.

"There's a stage down there, what looks like the remains of a bar, and mirrored ceilings, which suggests some partying went on down here, but I don't really know for sure," Kelliher says. "I still haven't figured out what to do downstairs. Might do shows once a month, or maybe build it out as an art space."

The building sits on a sparse stretch of road that's home to scattered warehouses, dilapidated facilities used for storing construction materials, and one lonely convenience store wrapped in safety bars.

Piles of dirt, railroad ties, and rubble lining the nearby stretch of the Beltline, however, are the first signs of the area being prepped for a wave of gentrification.

"Wherever the Beltline goes, people go," Kelliher says. "Look at how much the Fourth Ward has changed. It has gone crazy over there. All of the practice spaces have closed down, but there's always going to be guys and girls in bands that want to go make loud noise somewhere. Ever since I started playing music I've dreamt of owning a building where that could happen. Even when I was a kid, I went out and stole a bunch of wood from all of the houses that were being built in my neighborhood, and I built a stage in my basement. And I would put on shows down there."

Construction on the space is slow but steady. Kelliher initially acquired the space with plans of opening for business by mid-June. But setbacks abound. In May he spent much of his time traveling between Atlanta and his hometown of Rochester, New York, taking care of his mother, who recently passed away from cancer.

There has also been an issue finding workers. According to Kelliher, due to the wave of construction that's happening throughout the city, contractors and carpenters are already booked up. "There's so much building going on in Atlanta that it really is slowing things down," Kelliher says. "I even had a couple of contractors take measurements, but never heard back. But we're moving forward."

The plan is to open by the end of the summer.

Until then, while Mastodon's singer/guitarist Troy Sanders is moonlighting in Gone Is Gone, playing alongside members of At the Drive-In and Queens of the Stone Age, and singer/guitarist Brent Hinds is playing in Giraffe Tongue Orchestra with members of Alice in Chains, Dillinger Escape Plan, Dethklok, and Mars Volta, Kelliher is also working on songs for a new Mastodon album. That is, when he's not signing for permits, or swinging a hammer at the new space.