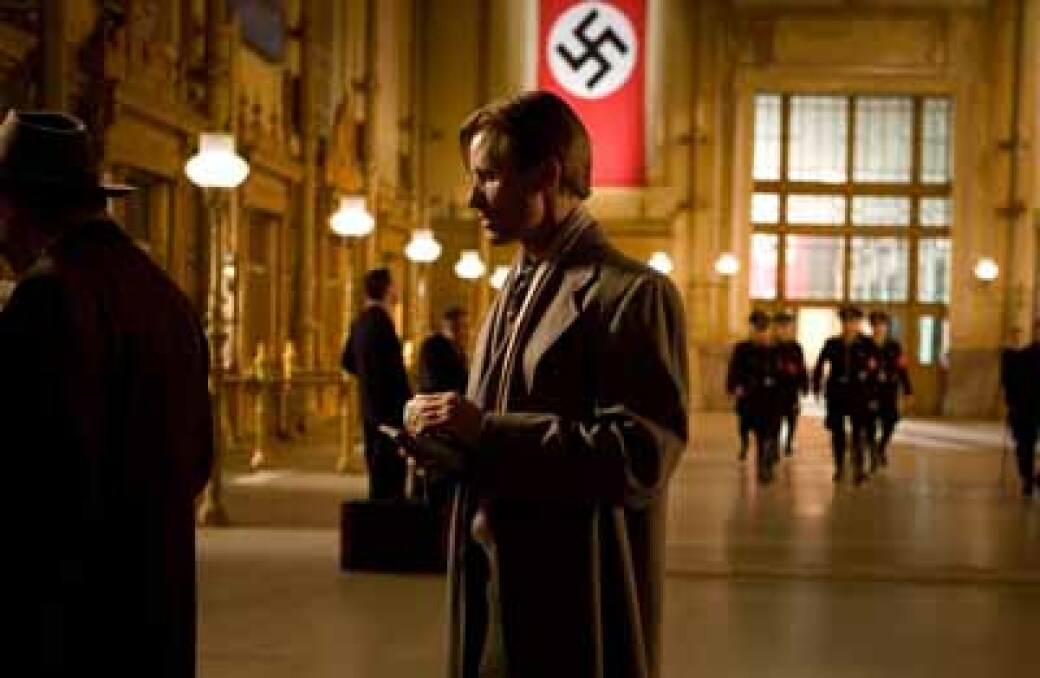 Every year since 2000, the Atlanta Jewish Film Festival has reliably presented the diversity of movies by Jewish artists or otherwise reflecting the Jewish experience. This year, films relevant to the Israeli-Palestinian conflict range from Alan Dershowitz's legalistic documentary The Case for Israel to the family-friendly drama The Little Traitor, starring Alfred Molina.

The 2009 festival runs Jan. 14-25 and includes 48 narrative and documentary features and shorts representing 20 nations. This year's program particularly conveys the breadth of other art forms involving Jewish themes, as viewed through the prism of cinema. It's like the filmmakers' cameras stand on the foundation of Jewish culture.

One of the festival's highest-profile screenings is the Atlanta debut of Good (3 stars), an adaptation of a 1981 play by late English playwright C.P. Taylor. Viggo Mortensen plays John Halder, a German novelist and literary professor who understandably worries when his work draws the attention of Hitler's government in the mid-1930s. A smooth-talking member of the Reich (RocknRolla's Mark Strong) expresses interest in John's treatment of euthanasia in a novel and asks the writer to draft a paper on the subject.

Although repelled by the Nazi party, John signs on as an "honorary" member of the SS, putting aside his principles in favor of the perks, including a young Aryan trophy wife (Jodie Whittaker). John's rationalizations don't wash with his best friend, Maurice (Harry Potter's Jason Isaacs), a Jewish psychiatrist in increasingly dire straits. Mortensen's performance turns Good's predictable narrative arc into a compelling character study. The matinee idol relishes the chance to play a wormy, noncommittal, guilt-ridden intellectual who discovers his inner stormtrooper.

Where Doubt couldn't escape its stage roots, Good blends rich theatrical conversation with the more expansive vision of cinema. I'm not sure if the device of John's auditory hallucinations – at turning points in life, strangers seem to lip-sync Mahler songs – originated with the play, but it seems like something that would succeed better onstage. Nevertheless, the surreal melodic touches set up the film's powerful, feverish finale that combines music and horror on such a visceral level that it leaves you shaken.

Octogenarian actor Otto Tausig plays Max Kohn, an elderly Singer-esque writer at once besotted with and beset by women, including his jealous, longtime girlfriend ("Cheers'" Rhea Perlman). Max's obsessions inform his work, and Tausig also plays the narrators of two short stories that appear as episodes within the film. He embarks on a series of Miami misadventures in "Alone," and strikes up a potential romance with a new neighbor (Tovah Feldshuh) in the less comedic "Old Love." Singer's story "The Briefcase" also serves as the framing device.

As a melancholy chamber piece, "Old Love" remains the strongest portion of Love Comes Lately. Feldshuh's poignant performance veers from feisty joie de vivre to bottomless grief. Elizabeth Peña provides an affecting supporting turn as a troubled motel housekeeper in "Alone." Tausig, looking like a wizened uncle to Woody Allen or Henry Kissinger, makes a sympathetic protagonist, even though his passivity inhibits the film's dramatic stakes. Apart from "Old Love," Love Comes Lately's dream scenes and less subtle academic comedy mesh uneasily with its bittersweet message to treasure life, however confusing or fleeting it may be.

The documentary Will Eisner: Portrait of a Sequential Artist (3 stars) doesn't have to face the challenges of directly adapting comic books to film. But director Andrew D. Cooke still needs to convince uninitiated audiences that Eisner qualifies as an important American artist and one of the pioneers of the comic medium. Fortunately, Eisner's playful character designs and still-impressive innovations practically pop off the screen in Cooke's eye-candy tracking shots.

Most famous for his work on The Spirit in the 1940s, Eisner died in 2005. The documentary nevertheless features a wealth of interviews with him, including Eisner's own tapes of chats with legendary comics creators such as illustrator Jack Kirby. In following Eisner's career, the documentary spans the history of comics across the 20th century. It captures the present-at-the-creation excitement of his early work as well as the culture clashes of the taboo-breaking underground comics of the 1960s and '70s. Enthusiastic interviewees include novelists Michael Chabon and Kurt Vonnegut as well as the medium's other major artists, who credit Eisner with a host of innovations, including the term and concept of the "graphic novel." Frank Miller is visibly moved when he recalls Eisner as a mentor (which adds a tragic dimension to Miller's terrible new film version of The Spirit).

Compared to Terry Zwigoff's Crumb, which captured cartoonist R. Crumb's personal foibles in uncomfortable close-up, Will Eisner finds its subject to be eloquent, voluble and relatively "normal." Eisner emerges more vividly as a savvy entrepreneur who refused to be exploited by the publishing industry, making him practically an anomaly among his peers. Will Eisner suggests that the most enduring artists may be those who embrace all the different meanings of "adaptation."