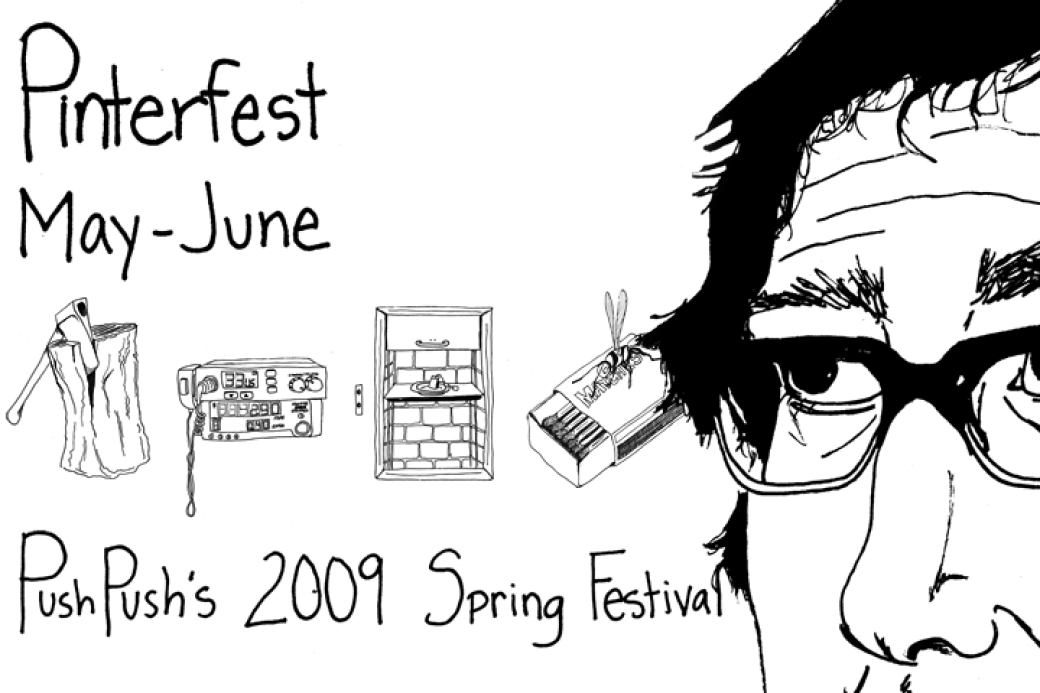 
Sometimes PushPush Theater’s self-description as “Atlanta’s premiere workshop theater” strikes me as a misnomer. I’ve seen many shows there that proved every bit as effective and intriguing as the work of any other small local playhouse. PushPush’s PinterFest, however, seems slightly more ad hoc than usual. The festival of the late Nobel laureate Harold Pinter's short works features more than 50 Atlanta artists, but the individual shows won’t be presented for paying audiences until the company deems them ready, leaving the exact schedule up in the air. PushPush encourages fans to check the website for the latest updates.

??Two works, “Landscape” and “The Dumb Waiter,” anchor PinterFest and will play at least through June 18. The challenging “Landscape” presents Joanna Daniel and Daniel Burnley as Beth and Duff, a married couple whose dialogue goes so far past each other, it’s more like a pair of alternating monologues than an actual conversation. Directed by George Faughnan, “Landscape” lacks a conventional plot, but Beth and Duff provide sharply contrasting perspectives. She emphasizes sensuality as she recounts, in almost circular fashion, a seaside reverie with a man who may or may not be her husband. Duff offers more prosaic, linear anecdotes in concrete detail. ??Daniel and Burnley seem perfectly cast. The work’s elliptical treatment of memory proves reminiscent of Samuel Beckett plays like "Rockaby." Nevertheless it’s a difficult piece, made more so by Beth’s half of the play appearing almost entirely on video, projected on the rear wall. The video adds another level of interpretation — is Beth even still alive? — but also muddies the play’s thematic waters.??“The Dumb Waiter” is more than 50 years old, but still feels contemporary. Ben and Gus (Jonathan Chaffin and Charlie Adair) portray two verbally amusing hit men caught in an existential dilemma, similar to more recent hipster noir like Pulp Fiction and In Bruges. Ben and Gus occupy a shabby, ground-level room waiting for their next victim, only to receive baffling messages from an old-fashioned dumb waiter. Pinter tweaks the criminal mentality in the way the hired killers quickly fall into subservient roles as they try to accommodate the orders of an enigmatic authority figure.
Chaffin and Adair speak in spotty English accents, but bring snappy comedic timing to Ben and Gus’ Abbott-and-Costello exchanges, such as an argument about whether “light the stove” makes sense as a turn of phrase. “The Dumb Waiter” stumbles on the show’s final image, which should be its most powerful moment, but otherwise lives up to Pinter’s thought-provoking blend of humor and menace. If the works in PushPush’s PinterFest don't qualify as “full” productions, the workshops suggest that watching talented athletes going through rigorous workouts can be a worthy diversion.