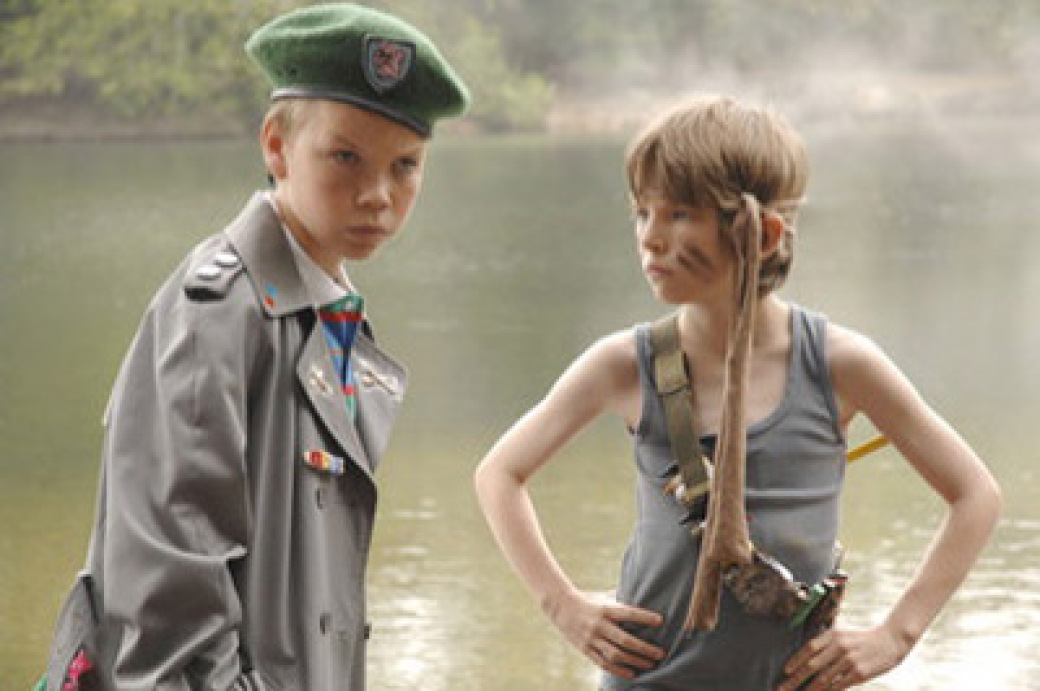 LET THEM CHIRP AWHILE 3 stars (NR) If you enjoy watching, or identify with, Manhattan hipsters drifting aimlessly in a sea of bourgeois malcontent, this film's winking look at art-scene pretension will appeal to you. Writer/director Jonathan Blitstein catches the everyday pitch and cadence of his movie-referencing heroes and the scene they represent ­-- one filled with quasi-artists deep in the throes of quarter-life crisis — as they ramble around searching for meaning and their Big Break. Luckily, Blitstein incorporates some flashy stylistic elements and bulbs of true-life comedy that keep his trendy tale from buckling under the weight of its own ennui. Sat., April 12, 7:20 p.m.; Mon., April 14, 2:45 p.m. — Allison C. Keene

SKILLS LIKE THIS 2 stars (NR) Nothing's worse than having a job. At least that's the frame of mind driving this slacker fantasy written by and starring Spencer Berger. After penning a script so bad it gives his grandfather a heart attack, Max (Berger) decides to take another path in life — grand larceny. Helped along by his broadly sketched sidekick buddies and a girl he robs and then instantly falls for, Max grasps weakly to a carpe diem justification that glorifies crime as art and a viable way of finding himself. His self-indulgence makes him the Robin of a very hollow, deluded 'hood. Thurs., April 17, 9:25 p.m.; Fri., April 18, 2:45 p.m. — Keene

SON OF RAMBOW 3 stars (PG-13) In the early 1980s, two outcast English schoolboys (Bill Milner and Will Poulter) band together to film a home-movie "sequel" to First Blood called Son of Rambow. Writer/director Garth Jennings captures the low-key charms of Bill Forsythe comedies like Local Hero while leaving room for some short, surreal fantasy scenes and the always-hilarious sight of a young English pipsqueak imitating Sylvester Stallone's Vietnam-vet killing machine. Some of the jokes overstay their welcome (such as the tres chic French exchange student who becomes a role model for half the school), but it's hard to resist Son of Rambow's generosity of spirit and its notion that creative fantasies can bring disparate people together. Fri., April 18, 7 p.m. — Curt Holman

THE WORLD UNSEEN 3 stars (NR) Beautiful faces and exotic places populate this South African story, which focuses on the struggles of two Indian women in 1950s Capetown who find themselves caught in an unexpected and repressed love affair. Despite its languid pace, writer/director Shamim Sarif, who adapted the film from her novel, manages to expose the fiercely bubbling undercurrents of race, femininity, sexuality and injustice that shape the characters' lives. The film suffers from a reliance on convention and some disappearing subplots, but Sarif achieves a palpable pathos for all involved as she explores the complexities of forbidden love. Mon., April 14, 9:45 p.m. — Keene

YOUNG@HEART 3 stars (NR) Director Stephen Walker offers a funny and uplifting documentary about the Young@Heart chorus, a group of New England senior citizens with a penchant for puckish covers of punk rock and other incongruous hits. Faux music video segments (including "I Wanna Be Sedated") come too close to mocking the elderly charmers, and Walker's incessant, tell-don't-show narration nearly botches what should be a can't-miss subject for a nonfiction film. Walker doesn't probe the chorus' history very deeply but nevertheless offers unforgettable portraits of feisty octogenarians who set an inspiring example of how to face the end of life with spirit and dignity. Plus, you'll never hear Sonic Youth or Coldplay the same way again. Sat., April 12, 2:30 p.m. — Holman