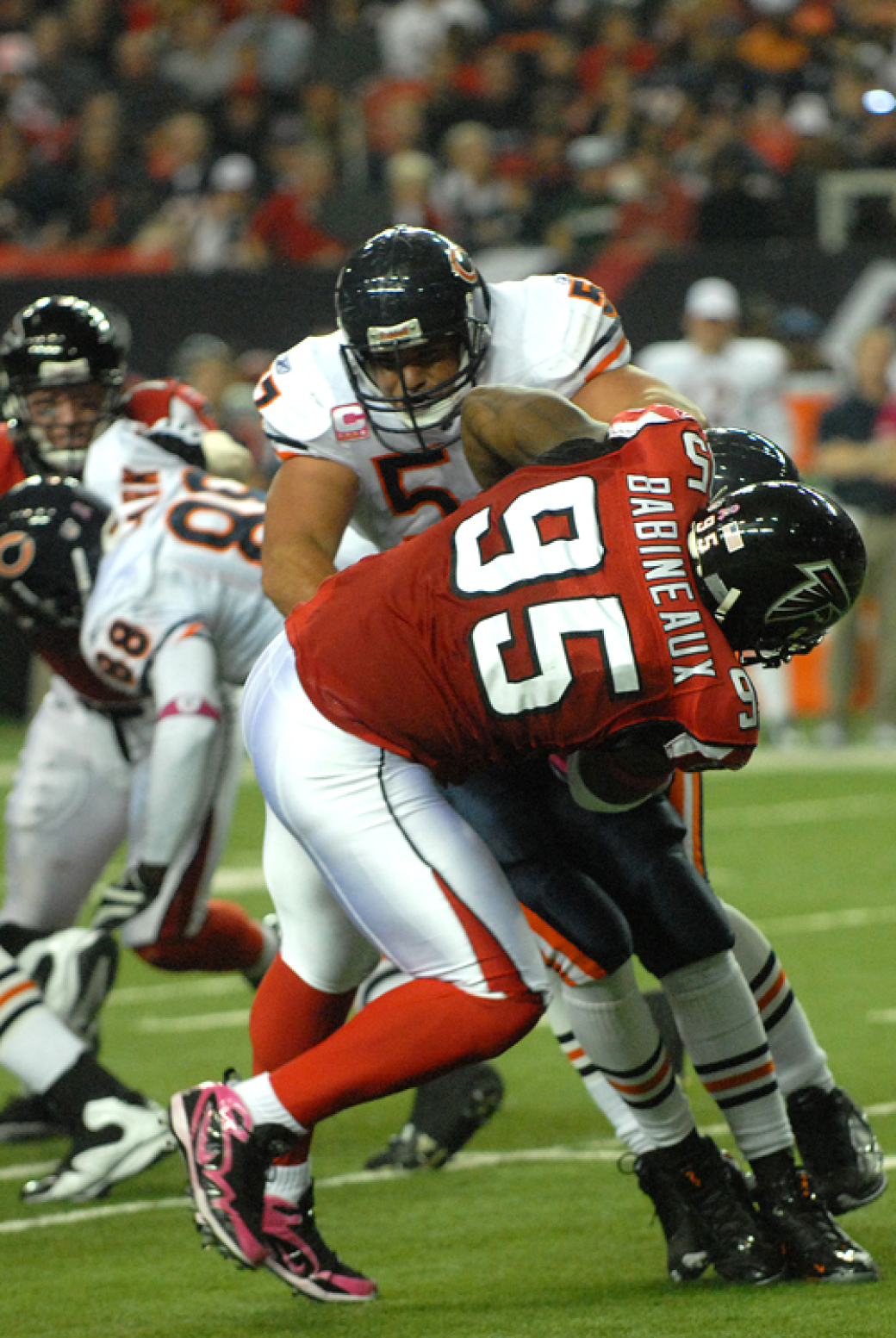 When you're driving around with over an ounce of marijuana in your car, it helps not to do anything to draw attention to yourself.  Like having your windows tinted too dark.  Or having no tag light, which if it worked would show your tag is expired.

But Atlanta Falcons starting defensive tackle Jonathan Babineaux not only throws caution to the wind, he makes caution his bitch.  And for his troubles he is facing felony drug charges after a traffic stop last night on I-85 turned up over an ounce.  He's up for five charges total, including the marijuana, the window tint, the tag light, the expired tag AND driving without a license.

So began another brutal December morning for the Falcons, losers of five of their last seven, dealing with nagging injuries to star quarterback Matt Ryan and running back Michael Turner and after watching their home crowd cheer on fan favorite/ousted dog killer Michael Vick in a blowout 37-7 loss last weekend.

The team isn't saying much yet about disciplinary action against Babineaux.  Whether the fact that they're facing a huge game against undefeated division rival the New Orleans Saints this weekend will have anything to do with that remains to be seen.