While he fills his days as a production assistant for Adult Swim, Ray devotes much of his spare time to making short videos. 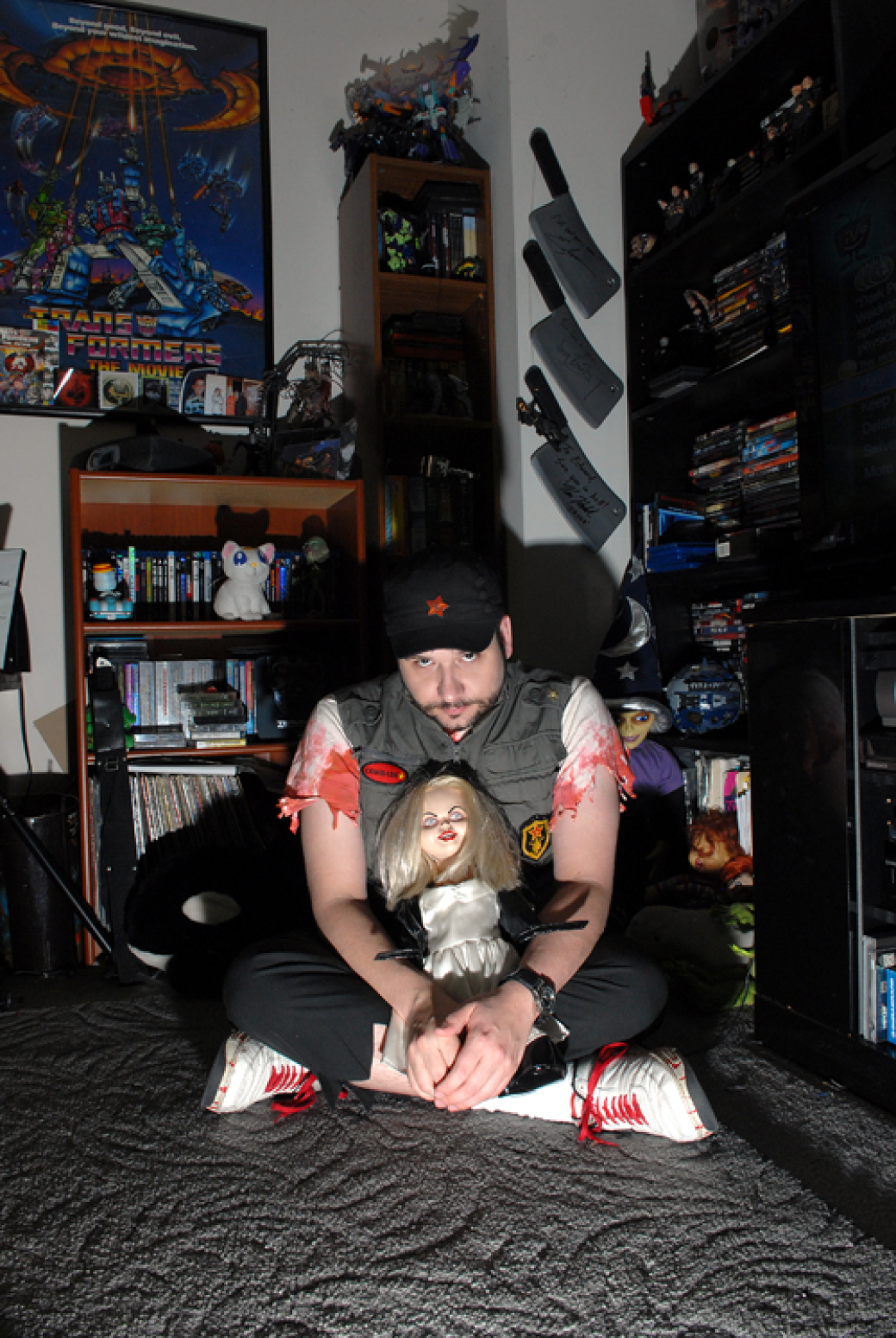 Eddie Ray is a firm believer in profanity and people getting punched in the head. While he fills his days as a production assistant for Adult Swim, working on shows such as "Aqua Teen Hunger Force" and "Squidbillies," Ray devotes much of his spare time to making short videos, the likes of which include Sex Talk On Easter and Eat That Wing, Bitch!.

When did you start making these videos?

I started filming when I was 10 with these big VHS cameras. Some of it is just terrible, but it still had that same sort of quirkiness of my present stuff. The first thing I filmed was the point of view of a cat, ya know, walking and eating. I did the sound effects of it meowing.

Tell me how you come up with the titles.

The titles come quick. I like to add "bitch" to things, like in Eat That Turkey, Bitch.

Which videos have been the most popular?

People like Finger Bang Orangutan. I get a lot of comments on that. I don't know why, because it's really just a purple monkey sitting there. People tell me they love it and think it's my best stuff. I'm like, "I work harder on a ton of other stuff than this damn monkey talking about finger-banging people."

I did like No Treats for Halloween, just because I like when [the actor] slaps my friend Marlinda in the face, and there's that terrible slapping sound effect. It's so abusive, but every time I see it I bust out laughing.

Do you draw a line when it comes to how far you will go content-wise?

I don't ever get embarrassed about the content, unless it's just not shot well. Some friends have a problem with saying certain things, like some won't say the word "goddammit." One of my friends was playing a serial killer. He was supposed to kill a priest, and he was like, "I can't kill a priest." And he's not even Catholic!

Do you ever get any negative feedback from people?

There was some lady from another state that left a comment on YouTube about Kiss My Ass, You Green Alien Bitch. She was attacking me, like, "Why would you hit aliens if they landed? Why would you do this?" And I'm like, "This is clearly a joke." She was so pissed off. The sequel is about how the alien ends up on Ponce and Boulevard with tranny hookers who are like, "You ain't taking my corner," and they beat his ass and then take him for a makeover. I figure that's what would happen.

What have you got coming up next?

I always have videos in my head that I want to work on. One is called Satanic Panic. It's about this electro-dance group that is singing about Satan, but they're not really into Satan, they just do it to make money. When the cameras are off, they're just like, "Uggh, I'm tired of singing about Satan. We should have been a Christian rock band." One of their songs is "6-6-Sexy." I'm really excited about that one.

I was gonna film this thing called "Yeti vs. Werewolf in the World Series of Love." It's about this yeti that meets this werewolf and they fall in love, then it's like a bad breakup.

I put them online in the hopes that maybe someone will see them and laugh, but I never really think things will come from it. If five people saw it and laughed, that's all I really care about. It also makes it fun for friends that do it, because it's like a video diary of their lives that they can look at 15 years later. I just make this stuff because I don't see anyone else doing it.